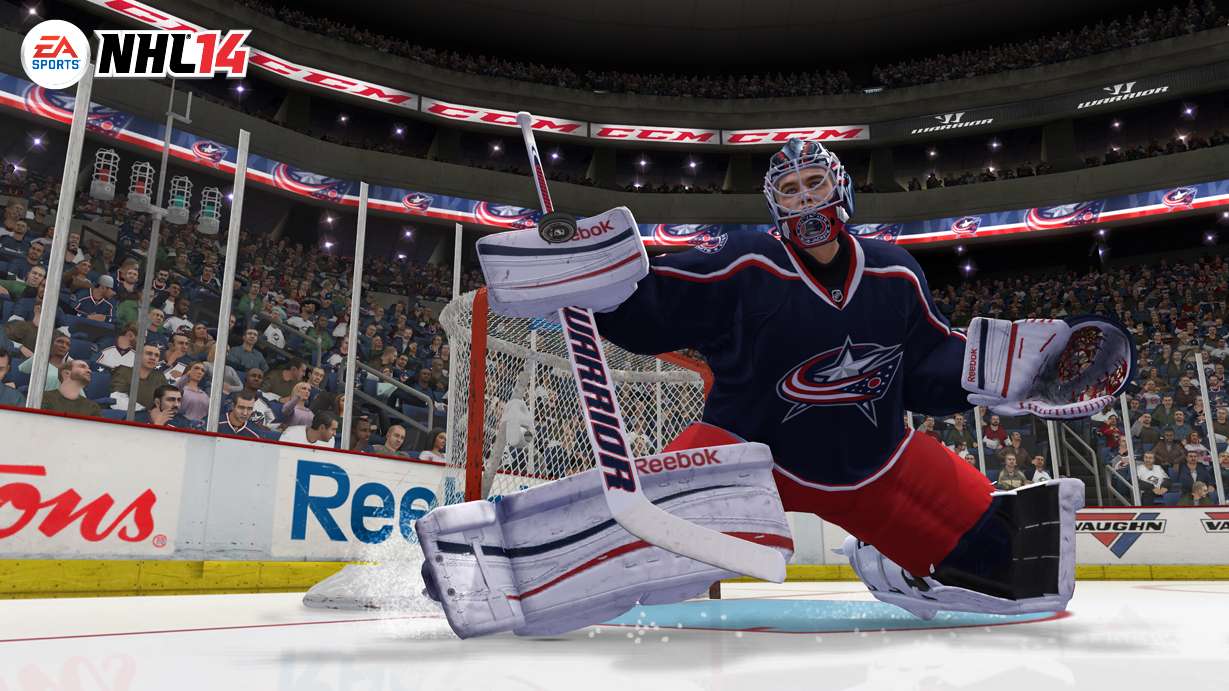 To be honest, I’m not a hockey fan in the slightest but there was a lot to love with NHL 14. EA continue to improve on every sports title in their franchise ,the controls can be as easy as two buttons to more complex controls for the more advance gamer, so it’s safe to say that anyone can pick it up and enjoy. As always you can link your Facebook account and show all your friends how well or how bad you are doing. You can go straight in and join your favorite team or can set up your own character with the all new “live your life” mode, where you create your own player and the decisions you make on or off the ice, that can affect your career and character development. Last year’s NHL 13 introduced new skating mechanics and physics, and this year EA Canada builds on that concept by adding a new dynamic to the physics engine: Collision Physics. It’s easier than ever to pull off a bone-crunching collision, and the results are more realistic. 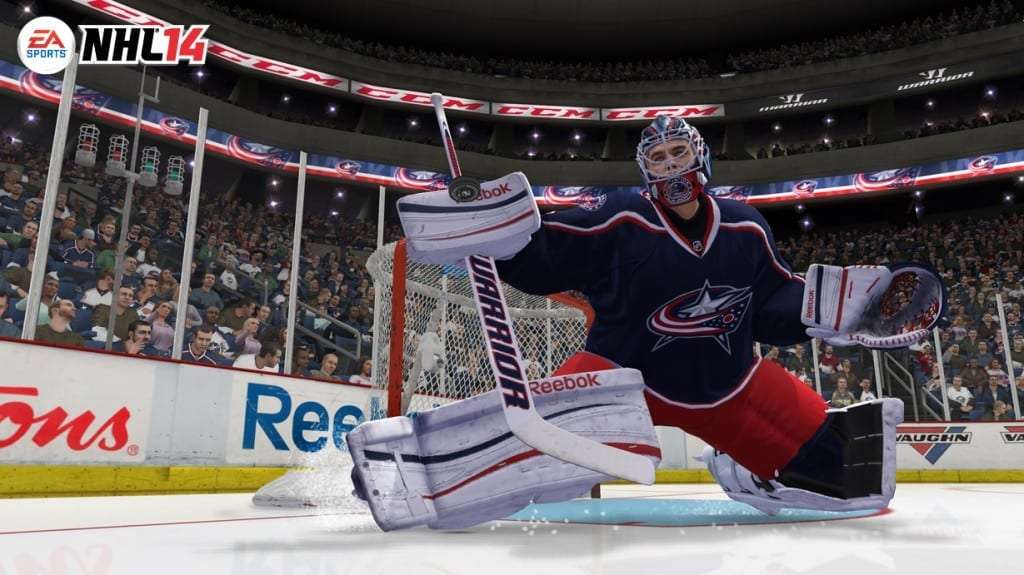 Now this time around mechanics like speed, weight, and position matter, so you can’t just button bash the tackle button and expect to take a winger down. Instead, just skating into a player fast enough triggers collisions, so chasing down a puck can easily turn into a slam against the boards. It not only makes the hits more varied. I found myself becoming a more physical player because of it. My biggest complaint with the series is the teammate AI, which remains to be improved. It’s certainly better in NHL 14 than in previous years, at least, because teammates now know how to retrieve pucks behind the net, and opponents will go off-sides and ice the puck. But then you’ll notice teammates missing routine passes which will leave you back on the defense and somehow the score is tied even though you’ve pressed one the opposing team, with more shots on goal.

The graphics in the game are very well polished,the sound in the game was crystal clear,from the noise of the blades hitting off the ground to the noise of a collision with the opposite team member .It makes you feel like you’re at a hockey game. However you don’t pick up a game like this for the graphics . One of my favorite parts in the game was getting into a fight,you feel each punch from upper cuts to just plain punching someone in the face, the goal here is to get the opponent down and get the crowd going. 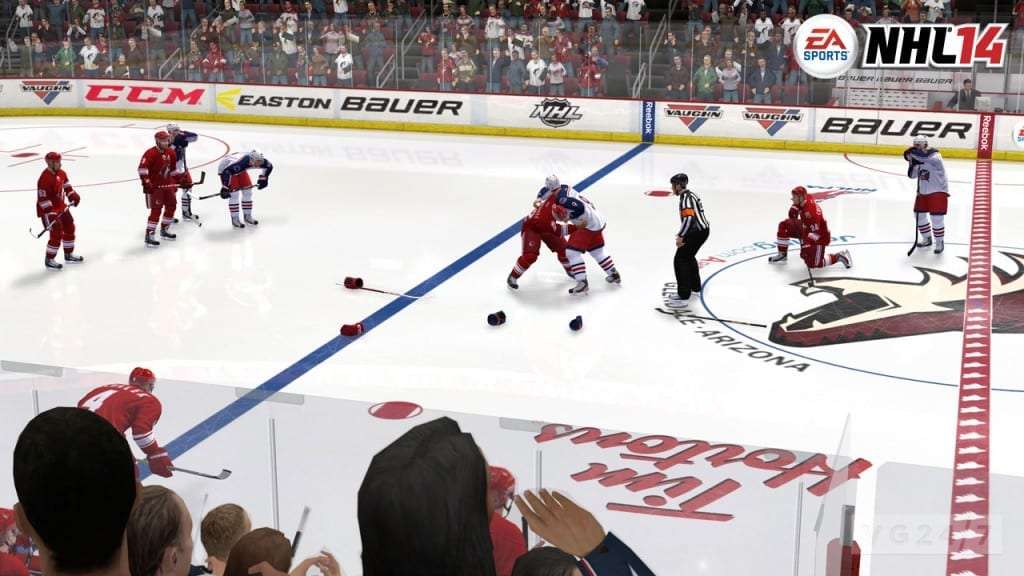 Ducking and weaving in and out of punches had me on the edge of my seat ,the experience makes everything feel more real.The more fights you get in during the match leaves your player fatigued and with facial bruising. If a team-mate gets in a fight, you can choose to step in or just sit back and watch the fight unfold before your very eyes, either way you’ll enjoy the experience.

Just like the FIFA series you have “ultimate hockey team” mode. In this mode you build your team from packs of cards where you are randomly given players to suit your team and make your team have a better connection. If I was more of a hockey fan, I would be really enjoying this part as I could easily see myself wasting money to build the ultimate team and take my team online against the rest of the world. So this part is more for the die-hard NHL fans.

One of the modes that stands out above the rest for me was the NHL 94 Anniversary,which is polished up to today graphics and brings me back a few years,hopefully I’m not showing my age here but i remember playing this back when graphics didn’t matter and it was just about the game-play and even though it has been polished up it plays great from the camera view, the light blue ice, the stars around the selected players it’s all awesome. What does change is the AI, so don’t expect to score easy goals just by lining up a shot its a great mode to get you back into hockey games if you have been gone awhile.

I truly enjoyed the overall experience from NHL 14, it’s fast paced action, it’s a continuous flow of play and will leave you on the edge of your seat ,getting more and more into the game. I would highly recommend this game to anyone who is into sport. My only negative opinion of the game was, that when in a pro mode game, you would have to wait to take your turn on the ice and when you were off the ice you couldn’t control the rest of the team, i was constantly simulating the flow of the game until my created player was back on the ice.

NHL 14 was reviewed on the Xbox 360 by Anthony Kenny