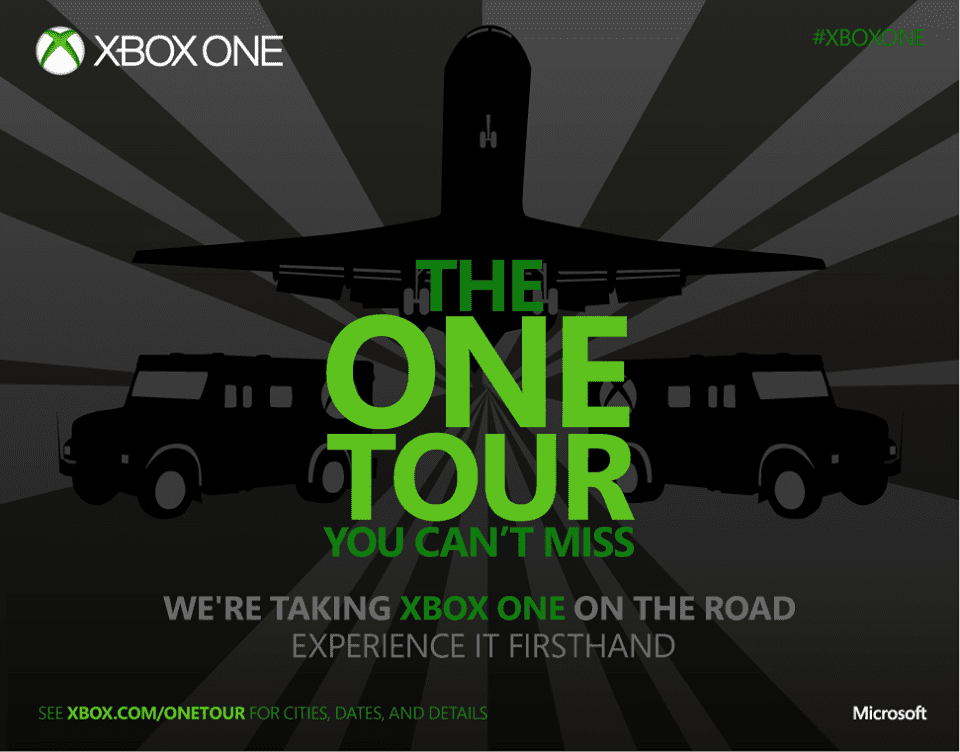 The Xbox team is taking Xbox One on the road, offering you the chance to experience the new generation of gaming before Xbox One launches on November 22.  Beginning on October 1 through the end of the year, the Xbox team will visit over 75 different cities around the world through a series of experiential events. The “Area One” tour will let people in the US, Canada and Europe get hands on with the Xbox One line-up of blockbuster games through a series of experiential events, while the Xbox One “Test Drive” will see Xbox hitting the road like never before to give people hands-on gameplay in unexpected places.

“Area One” will bring a large traveling tour to many cities around the world, including Philadelphia, Toronto, Chicago, Atlanta, Dallas, Phoenix, San Francisco, Los Angeles, London, Vienna, Paris, and Berlin. Xbox fans will be among the first to get their hands on the upcoming blockbuster games coming to Xbox One, including hotly anticipated titles like Forza Motorsport 5, Ryse: Son of Rome, Killer Instinct, Dead Rising 3, Kinect Sports Rivals, Crimson Dragon, Max: Curse of the Brotherhood, Zoo Tycoon, Minecraft and more.

“Area One” will provide a fun opportunity for large groups of people to try the latest games, learn about Xbox One, and enjoy some gameplay with their friends. While attendance is free of charge, space will be limited. So, if you’re 18 years and older, make sure you and your friends get to Area One early – we don’t want to miss you! For more information on the Area One Tour, go to xbox.com/onetour.