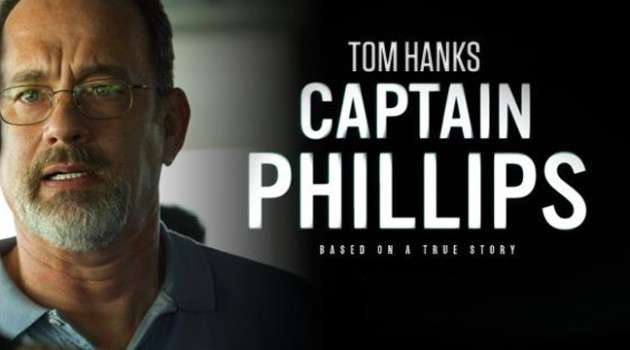 The huge cargo ship, the Maensk Alabama, which is captained by Mr. Richard Phillips, is on her way down the Eastern coast of South Africa when she is boarded by four armed Somali pirates. Philips try his best to pacify the situation but things don’t go to plan and the Captain is taken by the pirates as they escape in one of the ships lifeboats. This whole gripping story is based on a true story which happened only 4 years ago in the Indian Sea off the coast of Somalia. 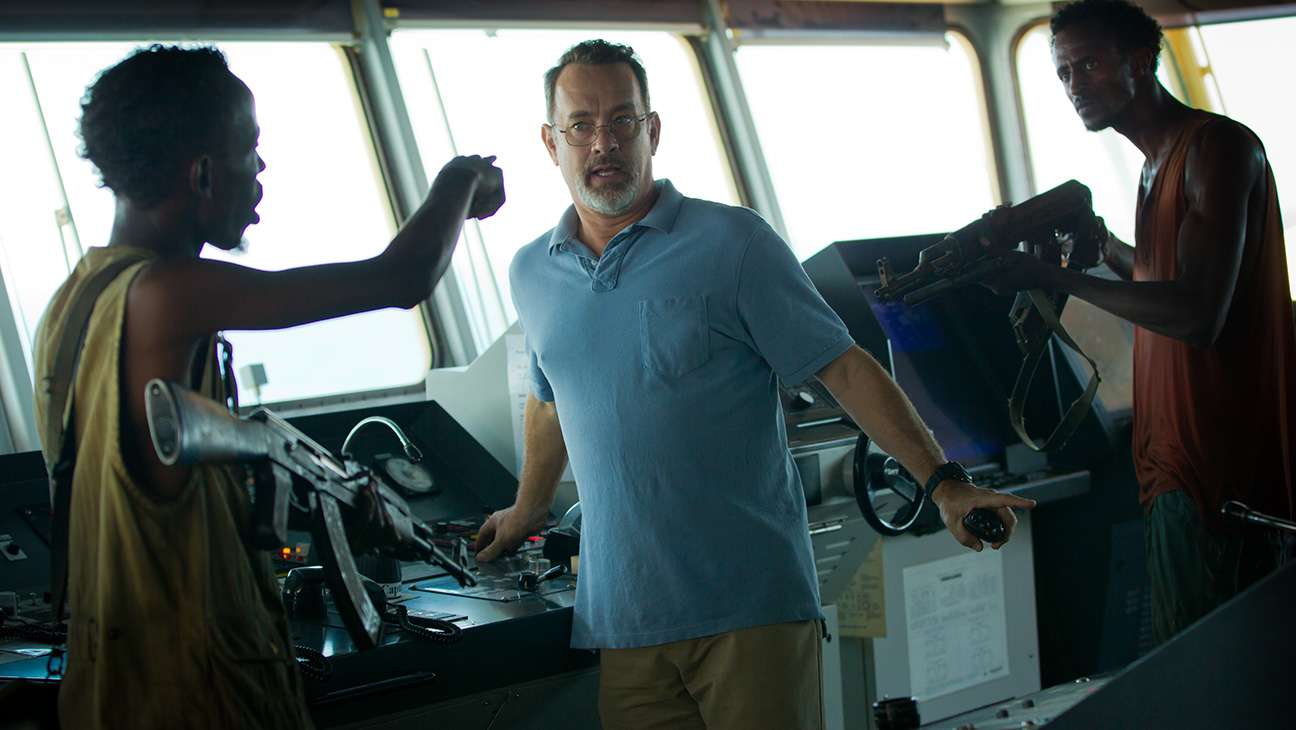 Captain Phillips is one of those films ripped straight from the headlines of the newspapers. Having only happened a few years ago, many will remember the drama and action which unfolded during the real ordeal so Sony Pictures were quick off the mark to get this film into production to give it a big screen portrayal.

Directed by Paul Greengrass, who has done other big screen portrayals of real world stories, such as United 93, Captain Phillips is a very voyeuristic piece. Greengrass’ use of shaky handheld cameras and low POVs gives you a real sense of being in the middle of this hostile situation. Tom Hanks, who plays Captain Phillips, gives and extremely credible performance as the ships captain and creates a believable sense of a man trying to stay strong in such a dangerous situation. The leader of the pirate group, Muse, is played by Barkhad Abdi who gives an extremely strong performance as a down on his luck villager who is just trying to make some money for his warlords back in Somalia but realises that he has bitten off more than he can chew. The dynamic between Hanks and Abdi is a very visceral one and the two play very well off each other in many scenes throughout the film. 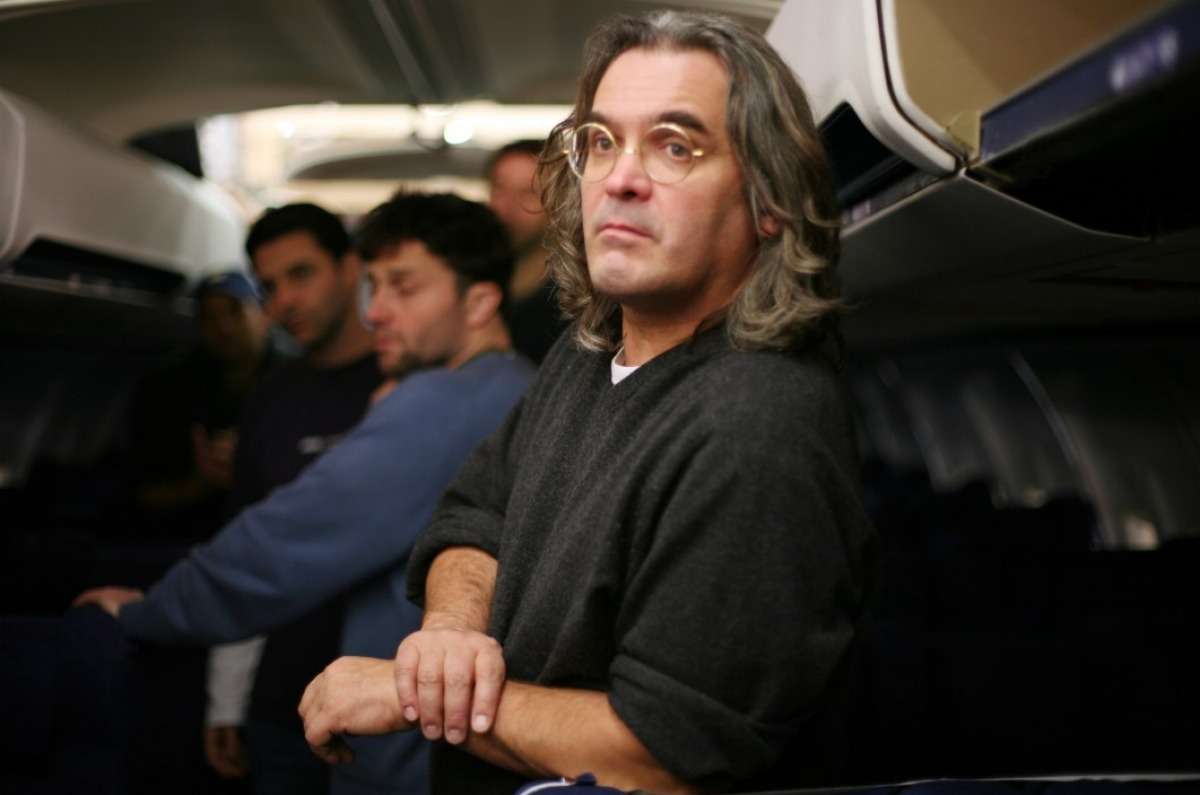 The only thing which might lessen the impact of Hanks’ overall performance is that he doesn’t get the chance to depict the true terror and fear he is experiencing until the whole ordeal is over right at the end of the film. The scene, in which he realises that he is safe, is extremely powerful and his depiction of a man going through severe shock is heart wrenching and provocative. 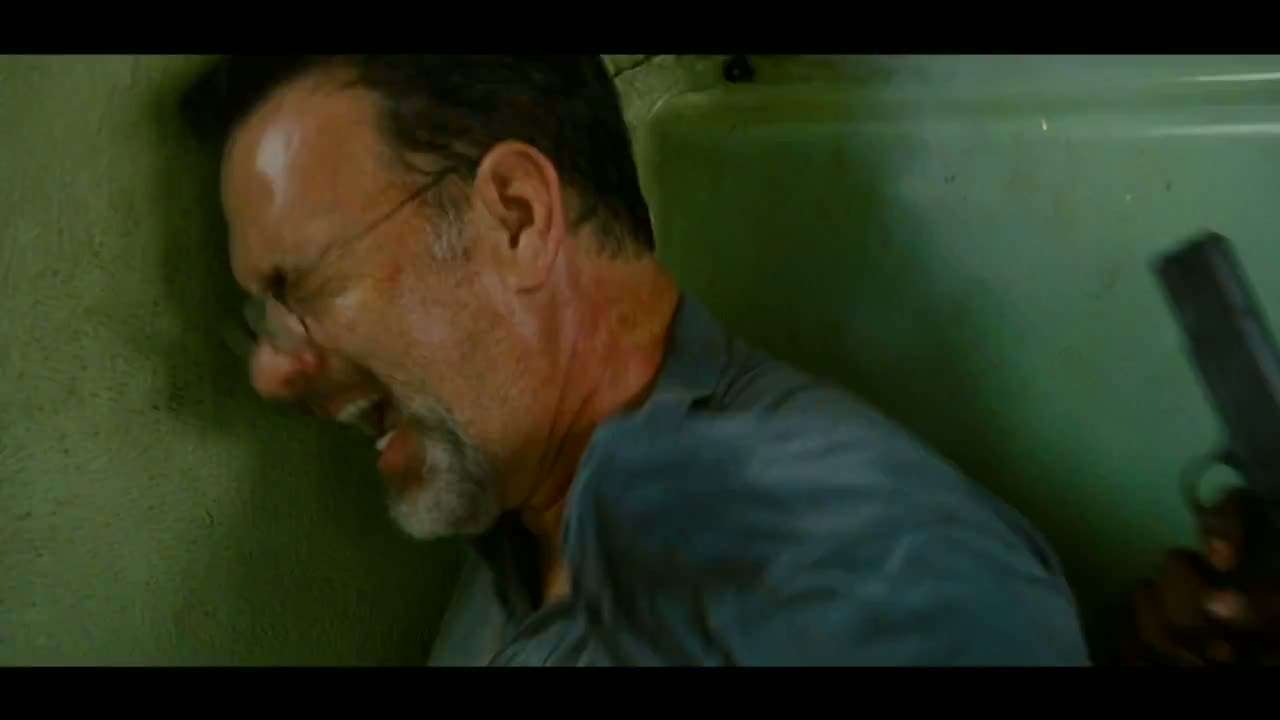 It is also hard to not be impressed by first timer Barkhad Abdi. His skeletal frame and misaligned teeth are misleading as he creates a character with depth and several different layers. Starting out as someone you despise, you slowly grow very empathetic towards this disheveled pirate and his attempts to rescue a job which has gone horribly wrong. 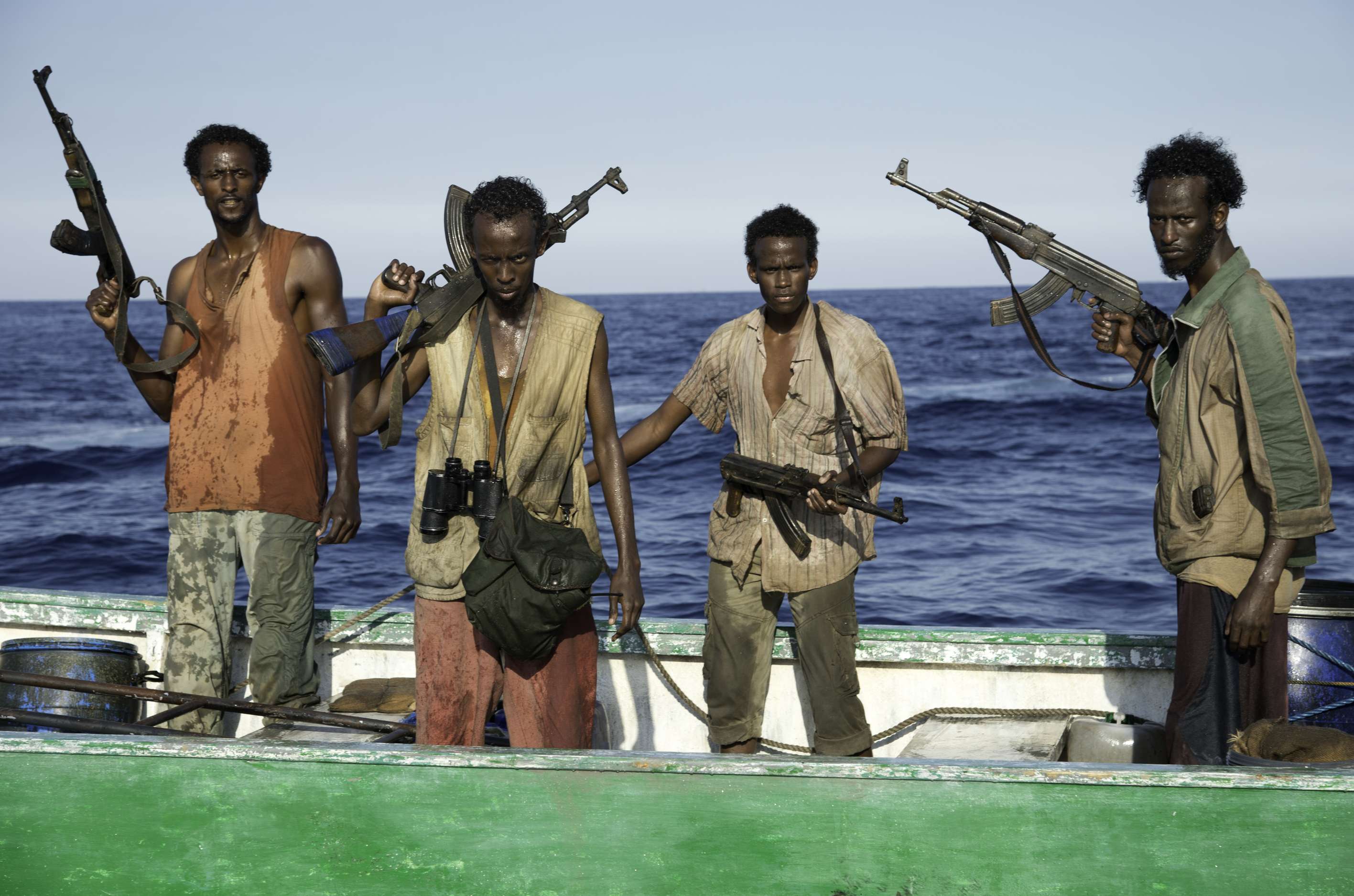 The score for the film, which is composed by Henry Jackman and John Powell, is a character in itself and one which carries you through the hold gripping ordeal. being able to handle the quieter moments with just as much finesse as the more extreme scenes, Jackman and Powell deliver a score which not only does the telling of this enthralling story justice, but one you will remember along with the acting merits of the cast on screen. 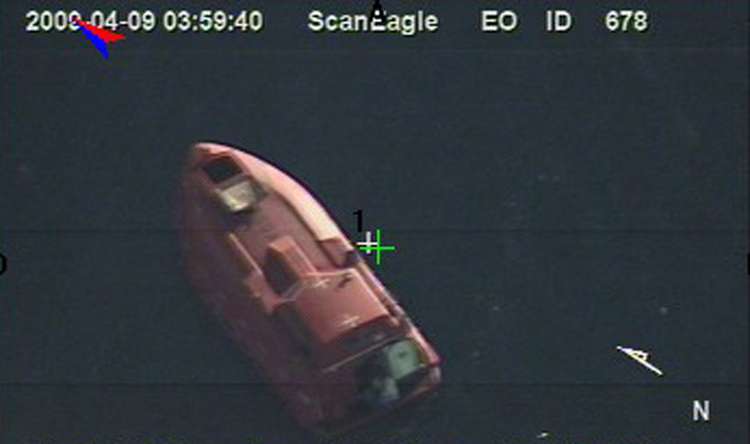 In the end, when the credits roll, you will definitely be reeling from what has just unfolded. The combination of Greengrass’ visceral camera techniques, both Hanks’ and Abdi’s realistic character portrayals and Powell’s and Jackman’s underlying score, Captain Phillips is more of an experience than a film. Throughout the film, you must remember, that it’s based on a true story and one which is an all too common occurrence in today’s world unfortunately.