Microsoft have finally made the latest update for Windows Phone 8 official and it’s imaginatively dubbed Update 3.

There’s two major changes in Update 3 and the first is the inclusion of 1080p support which means we’ll start to see 5-6 inch devices. This ties in well with the rumours of the 6 inch Nokia Lumia 1520 set to be announced on October 22nd.
The new start screen will allow users to pin six small Live Tiles across the screen, up from four currently. 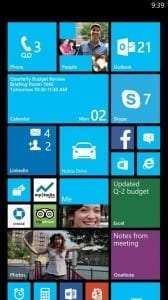 The other big change is support for quad-core processors, notably the Qualcomm Snapdragon 800 range. These two big changes will bring Windows Phone 8 in line with top-tier Android smartphones which already have quad-core processor and 1080p HD screen support, like the HTC One and Samsung Galaxy S4.

Microsoft claim that there’s “hundreds” of under-the-hood and a bevy of other smaller changes too.

That’s not all we’ve packed into Windows Phone 8 Update 3. Besides hundreds of under-the-hood performance tweaks and enhancements, we’ve also added a bunch of small but handy new features, including several that you’ve been asking for. They include:

A new addition called Driving Mode which will limit the number of notifications shown on the lock screen until the car is stopped, which should help keep you from getting distracted.

Custom text alerts, screen rotation lock and the ability to close apps manually from the multitasking menu are all small changes that iOS and Android have a long time, but it’s nice to know that they’re finally coming to Windows Phone. 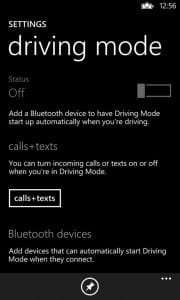 You can catch the full list of smaller changes in the PR text below or at the source link.

These are just some of the new features and innovations that we’re getting ready to deliver to you in Windows Phone 8 Update 3, which will roll out to existing phones over the next several months. As manager of the engineering team responsible for delivering updates to your Windows Phone, today I wanted to tell you a bit more about what’s included in our third official update of the year—plus describe a new preview program we’re launching to help developers keep their apps running smoothly on our latest software.

It’s been a busy but exciting year for my team—and Windows Phone overall. If you follow the news, you might have seen that our market share in Europe has grown to nearly 10 percent. We’re seeing things really start to accelerate. We believe this is because we continue to advance the platform at a rapid pace. Our hardware partners, meanwhile, have been taking advantage of this innovation by releasing amazing new Windows Phone devices throughout the year.

The story behind No. 3

When we sat down to plan our latest official update to Windows Phone 8, we had three main engineering goals in mind:

So the new update paves the way for future Windows Phone devices with 5- and 6-inch touch screens. The larger, 1080p HD displays on these devices will make Windows Phone even more personal—for example by sporting jumbo-sized Start screens with room for six Live Tiles across instead of four.

A bigger Start screen means the ability to pin even more of the people, info, and apps that matter to you. Built-in apps and Hubs like email, Photos, People, and Music and Videos will also be carefully scaled to take full advantage of the additional real estate on 6-inch screens.

In addition to larger screens, Update 3 will also bring support for the Qualcomm Snapdragon 800 quad-core processor. The added horsepower that this chip delivers should make our already-fluid operating system perform even better.

A new feature called Driving Mode helps you get from point A to point B with fewer distractions. Working with a connected Bluetooth device, Driving Mode is designed to limit notifications on the lock screen—including texts, calls, and quick status alerts—until you’re safely parked.

You can even configure Driving Mode to send automatic replies to people who call or text when you’re behind the wheel, to let them know you’ll get back to them.

Another highlight of the new update is Mobile Accessibility for Windows Phone 8, which isn’t a single feature but a suite of apps designed to make Windows Phone easier to see, hear, and use. The apps, which include a screen reader, make it easier for blind and visually impaired users to manage calls and contacts, send texts and emails, browse the web, make Skype and Lync calls, and hear notifications like alarms, calendar events, and low-battery warnings.

Many of you are familiar with the Internet Sharing feature, which turns Windows Phone 8 into a mobile hotspot by sharing your cellular data connection over Wi-Fi.

In Update 3, we’ve made it easier to use your phone as a data-savvy hotspot for Windows 8.1 devices. Just pair your phone and Windows 8.1 PC or tablet over Bluetooth, tap your network name, and you’ll be connected and ready to go. No need to enter a password or dig out your phone and turn on Internet Sharing—it’s done for you.

That’s not all we’ve packed into Windows Phone 8 Update 3. Besides hundreds of under-the-hood performance tweaks and enhancements, we’ve also added a bunch of small but handy new features, including several that you’ve been asking for. They include:

As you can see, there’s some fun and handy stuff in Windows Phone 8 Update 3. If you have suggestions for future updates, submit them to our Windows Phone Suggestion Box site. We always appreciate the feedback and take it into account as we prioritize new work.

So when will all this be coming to your phone? As I mentioned earlier, the rollout initially kicks off in the coming weeks and will continue over several months. Specific timing depends on a number of factors including your carrier and phone model.

Finally, today I’m also happy to announce the Windows Phone Preview for Developers. The program, which officially launches later today, gives app builders early access to our operating system updates so they can verify that their apps work as expected on the new code.

You’ll find more details about the new program in a post today on our official Developer Blog. Try it out and let us know what you think, and thanks for your continued interest in Windows Phone!