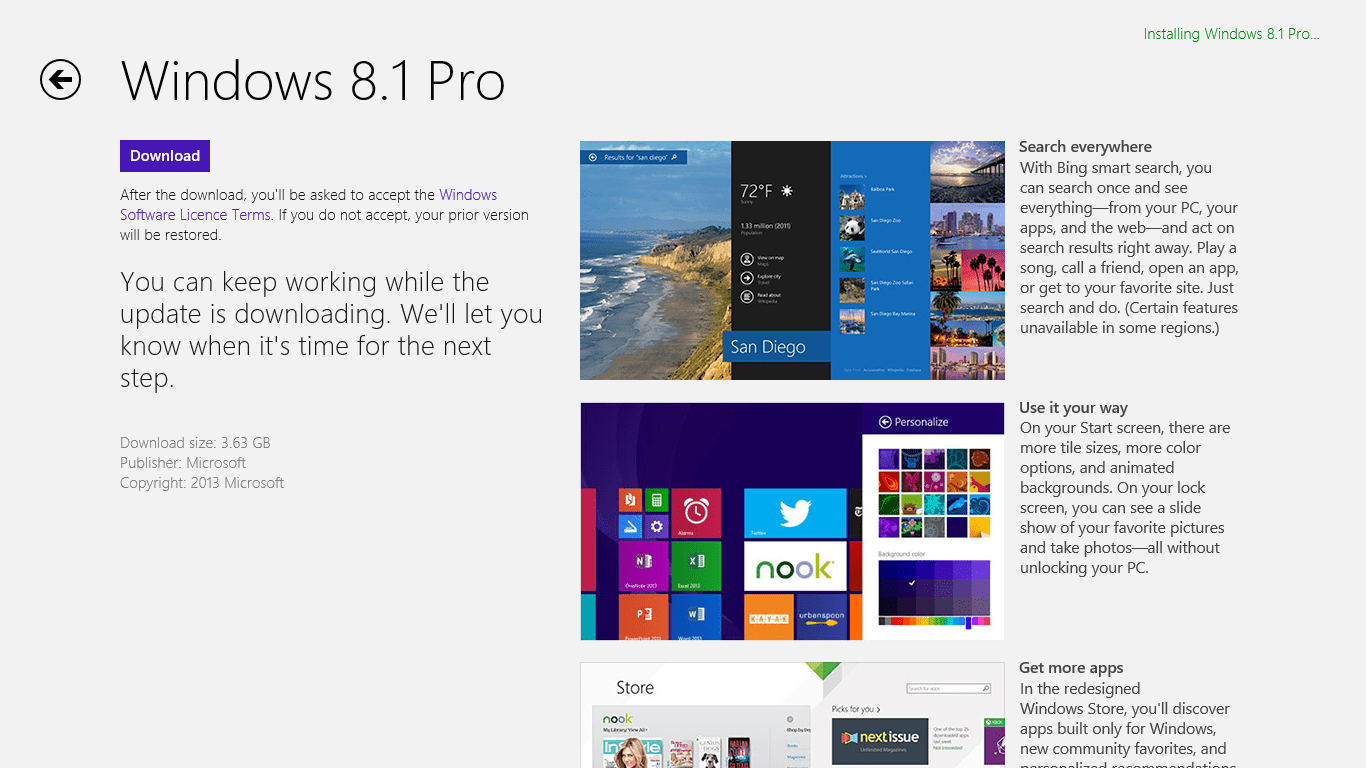 Almost exactly a year since Microsoft released Windows 8 generally, the first major update has landed.
There’s a ton of new features, most notable is the return of the Start Button which was famously removed with the jump from Windows 7 to Windows 8.
There’s also cosmetic changes to the Windows Store and new background and colour options for the Start Screen. 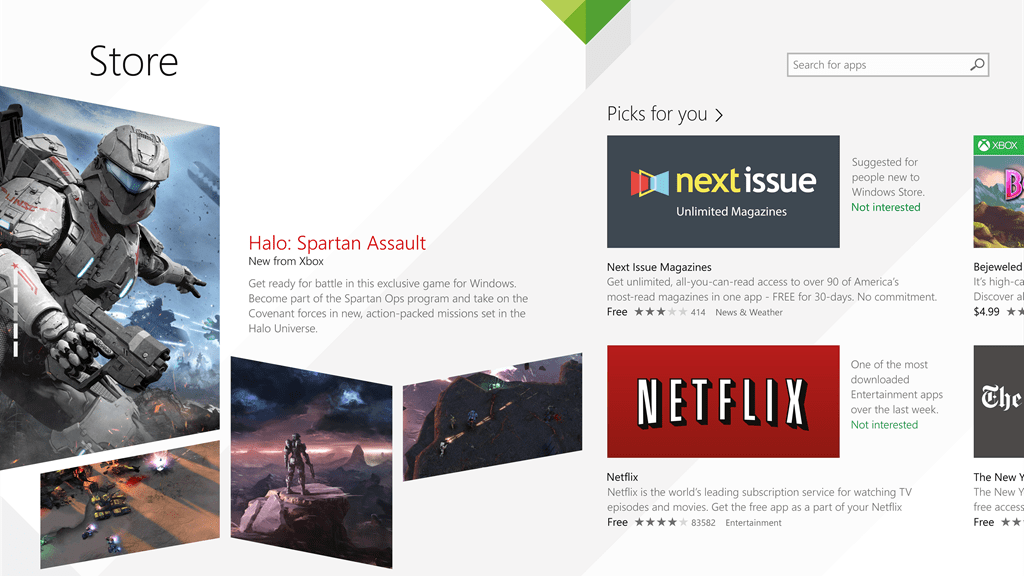 New tile sizes and better ‘Snap’, or multitasking features have been added also, alongside the ability to boot straight to the traditional desktop and skip the new ‘Metro’ design altogether.

A new unified Bing SmartSearch feature should help with finding not only information online, but related music, videos, images and of course files on your computer.
SkyDrive integration has also gotten deeper in Windows 8.1

The update should be visible through the Windows Store, but if it’s not showing up then head to the official Windows site here and click Get the Update.

Read our full Windows 8.1 Preview for a more detailed look at the new Windows, and look out for our review soon.