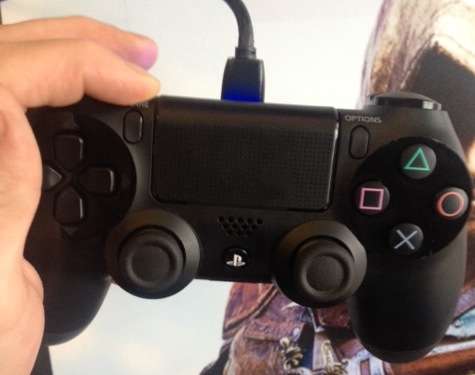 Next Gen Controllers… Hands On

We recently got some time with the next gen consoles, the PS4 and the Xbox One and while we can’t talk about the consoles themselves, what we can and are going to talk about is the controllers.

First off, the PS4 controller. What you’ll notice right away is how solid it feels compared to the PS3 controller. It’s at a whole new level of of build quality for the Sony controllers. One of my main problems with the PS3 controller was the triggers and thankfully Sony has fixed this by making them, well, more trigger like. They now curve out to make it easier to get a finer control from them. 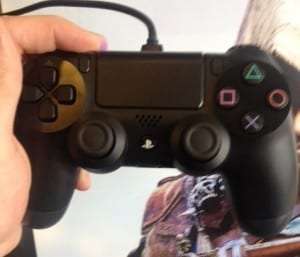 Now the touchpad. Did you know you can actually tap this? During one of the game we played, you were required to tap it to pull up a view, which was nice. The touch area is nice and sensitive, worked really well. I’m really looking forward to seeing what the developers do with this.

Other than that, the thumbsticks are much improved and have much better sensitivity and much less dead spots. The PS button is now placed below the speaker in the controller. While we didn’t experience the speaker in use, I’d imagine it’s going to be use much like the one in the Wii controller.
Overall we loved the improvements and how the PS4 controller felt in hand compared to the PS3 and can’t wait to spend many hours with it. 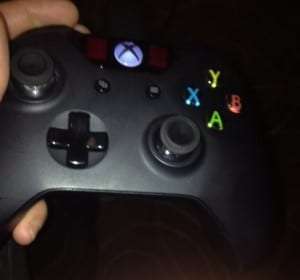 The thumbsticks have been upgraded nicely as well. The texture around the rim definitley added a new level of ‘grippiness’ that will help extend how long you’re going to be able to play for and hopefully improve accuracy.

As you can see form our photo, the Xbox One controller also has IR transmitters built in (these can be see by the 2 ‘purple’ square either side of the Xbox button). These transmitters are used by the new Kinect system to follow the controller so the Xbox always knows who has which controller. Speaking of the Xbox button, Microsoft says the button as transparent aluminum on it… ummm… suuure. It looked to us the same as the silver effect on the current Xbox 360 controllers.

The 2 biggest updates to the Xbox One controller are the ‘Impulse’ triggers. Basically, there are now vibration motors built into the triggers to give added feedback. We found it worked well in the games we sampled, but It’s another ask for Developers to add this extra bit in, so I guess we’ll see what games outside of Microsofts own titles, take advantage of it. The last thing we’ll talk about is the fact the power pack is not internally and not a big hump on the back of the controller. It really does make the controller much nicer to hold and it’s really nicely balanced now as well.