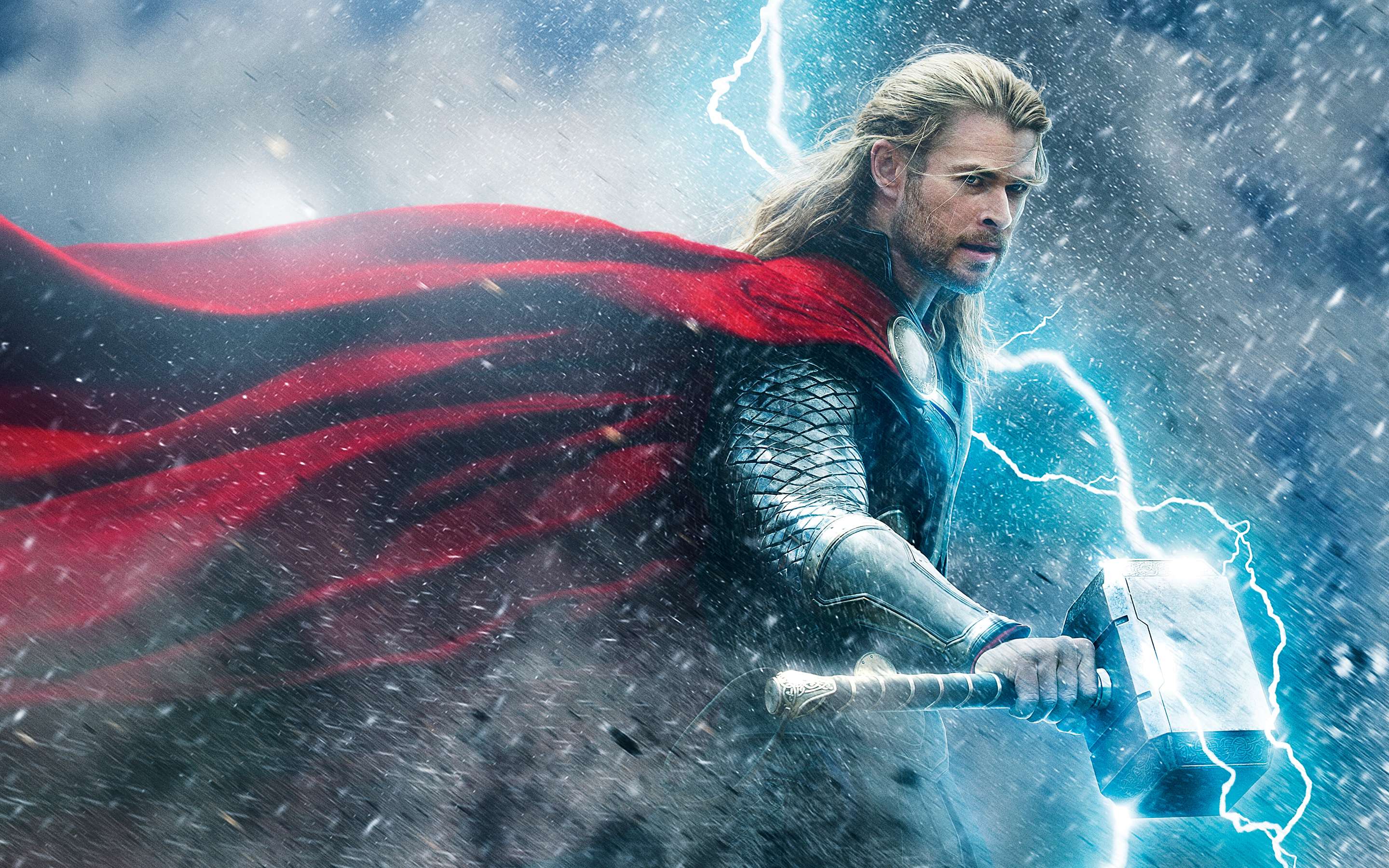 Thor: The Dark World – The review

Earlier this year we were treated to Shane Black’s brilliant Iron Man 3, the first of the Marvel movies out of the blocks since The Avengers (I refuse to call it Avengers Assemble – ugh). Marvel took a leap of faith in handing co-writing and directing duties to Shane Black (who wrote Lethal Weapon, The Last Boy Scout and wrote and directed Kiss Kiss Bang Bang) and it paid off handsomely – both commercially and critically. 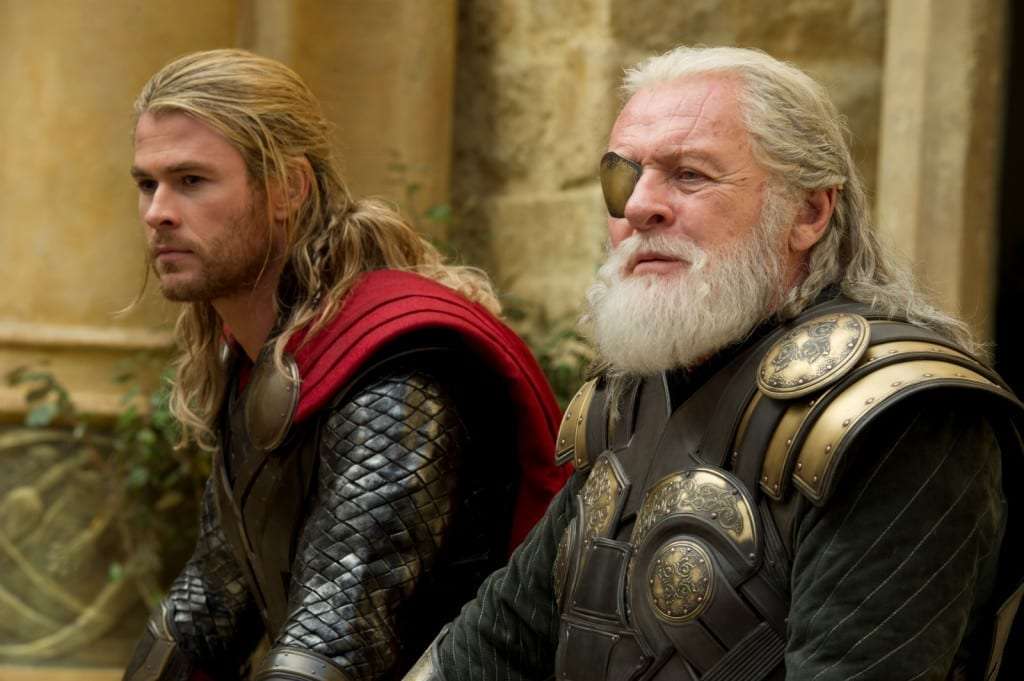 And now comes Thor : The Dark World, a sequel to Kenneth Branagh’s 2011 installment, but also an indirect sequel to The Avengers, which takes the events of that film into account, just like Iron Man 3 did. So, how does our long-haired hero fare this time out without his superhero buddies? 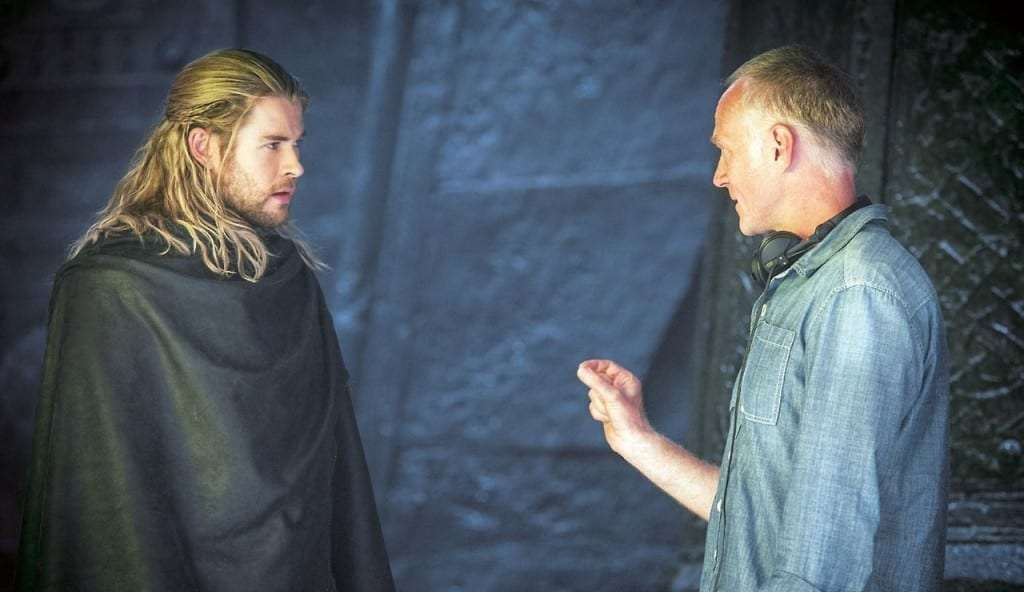 Marvel continue with their brave choice of directors here and this time it’s television veteran Alan Taylor at the helm, whose impressive list of credits includes episodes of The Sopranos, Boardwalk Empire, Sex and the City, Mad Men, Lost, Deadwood and Game of Thrones. And he does a great job at juggling complex special effects, exhilarating actions scenes and decent performances.

Much like the first Thor, the plot is pure gibberish. It involves an ancient power that could mean the end of the universe should it fall into the wrong hands – chiefly the dark elves, led by the evil Malekith, played with great menace by a virtually unrecognisable Christopher Eccleston. It’s all very silly stuff but it really doesn’t matter. And an efficient prologue means that the film doesn’t get bogged down in exposition and it can jump straight into the action. 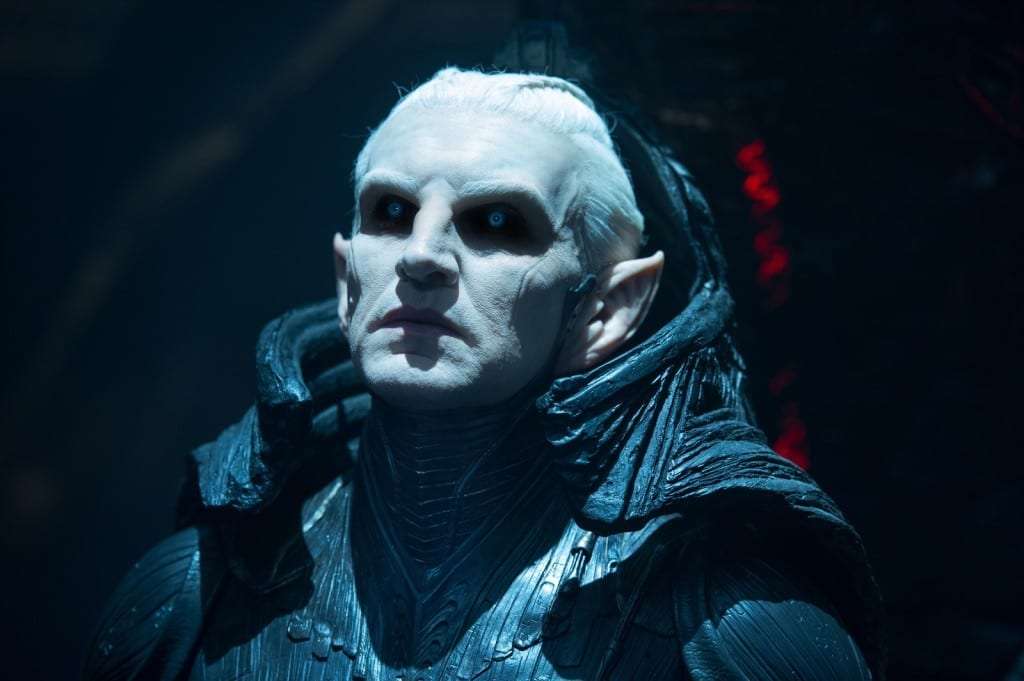 Christopher Eccleston as the evil Malekith

The visual effects are simply stunning. Thor’s homeworld of Asgard looks even more incredible this time around. We also get to visit some of the other planets in the nine realms, each one mores stunning than the last. And there is a funeral scene about midway through the film that will take your breath away. Note that I saw the film in IMAX 3D and while I would urge you to see it on the biggest, loudest screen possible, the post-converted 3D is not necessary. It’s fine but adds nothing to the visuals.

The cast is very strong. Hemsworth is reliable as ever as the earnest, chiseled, long-haired hero. In the hands of an other actor the character could come across as dull, humourless and maybe even a bit dumb. But Hemsworth effortlessly gives Thor depth and manages to make the character utterly convincing. Anthony Hopkins is, well, Anthony Hopkins as King Odin. And Tom Hiddleston once again looks he’s having a lot of fun as Thor’s malevolent, mischievous half-brother Loki. The cast also once again features Rene Russo as Thor’s mother, Frigga and Stellan Skarsgård returns as Dr. Erik Selvig. Even the ubiquitous Chris O’Dowd shows up a couple of times. 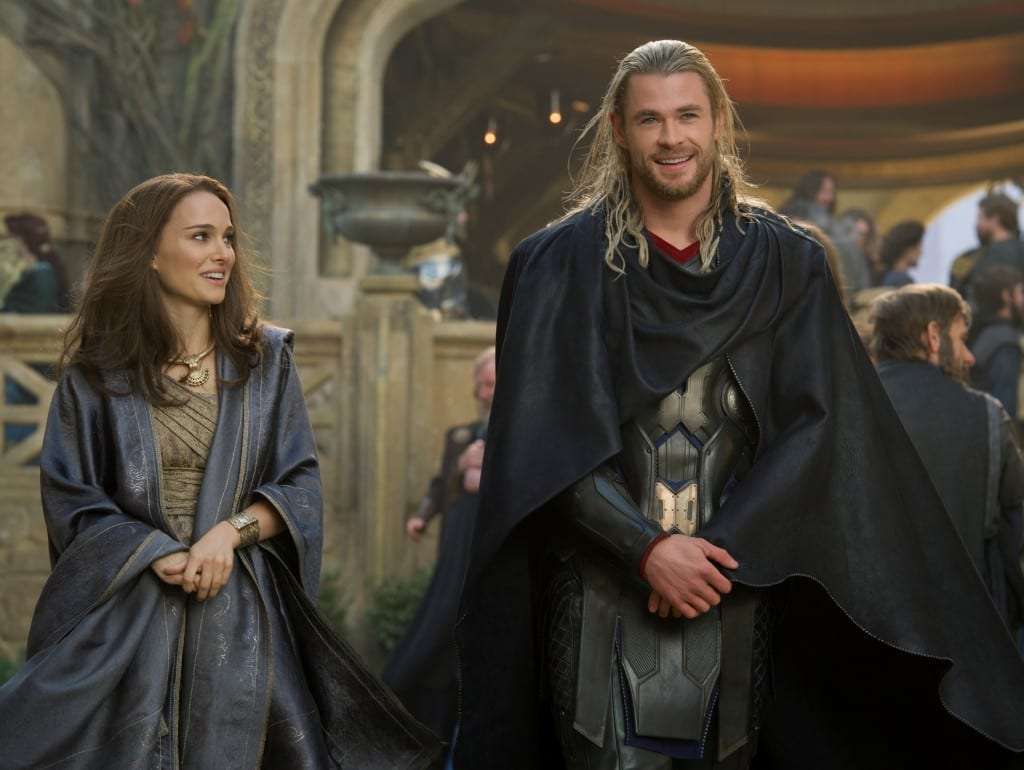 Jane Foster (Natalie Portman) and Thor having a giggle

The weakest link here, surprisingly, is Natalie Portman, who plays Thor’s love interest Jane Foster, who simply looks as if she’d rather be somewhere else for the whole film. She phones in her performance and I cannot recall a time when she was more unconvincing. She was actually better in the Star Wars prequels – I’m not kidding.

Although the film is much darker in tone than its predecessor, it has many lighter moments, with some of the funniest once again featuring Thor as a fish out of water when he visits earth. The action is very well staged and there are a couple of genuine shocks that will make you gasp. The London-based final showdown is a great sequence too, with bad guys and good guys alike hopping from one realm to another and back again in the blink of an eye. The film is just a heap of fun and any time it seems as if it’s in danger of taking itself a tad too seriously, it delivers a killer gag. 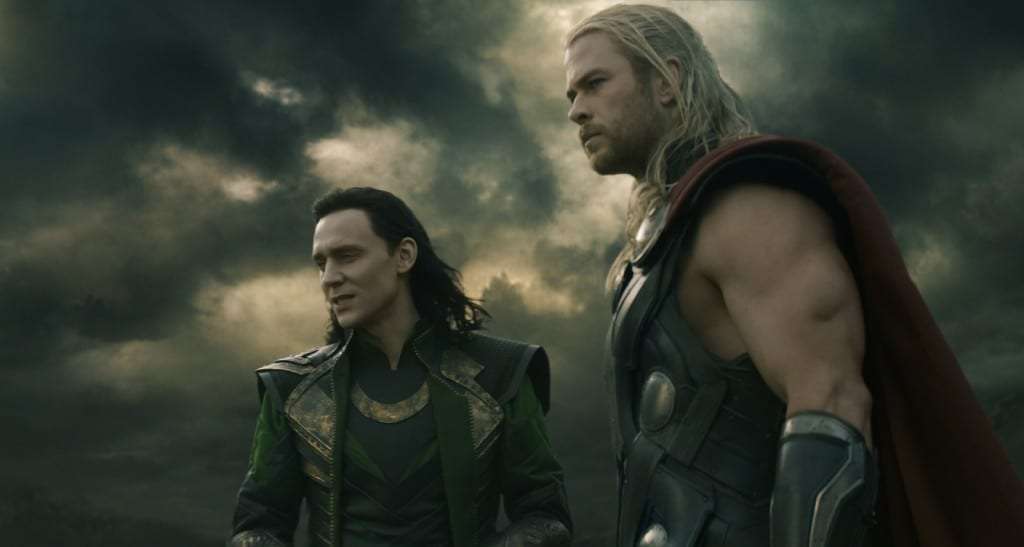 Plus you’ll be glad to know that there are a couple of nifty cameos sprinkled throughout the film too, but I won’t spoil them here. And, like The Avengers, there is a mid AND a post-credits scene so make sure you stay until the very, very end.

There are still three films left in Marvel’s Phase 2 – Joe and Anthony Russo’s Captain America : The Winter Soldier (2014), James Gunn’s Guardians of the Galaxy (2014) and last, but certainly not least, Joss Whedon’s Marvel’s The Avengers : Age of Ultron (2015). If the first two films of this Phase are anything to go by then fans are in for one hell of a treat.