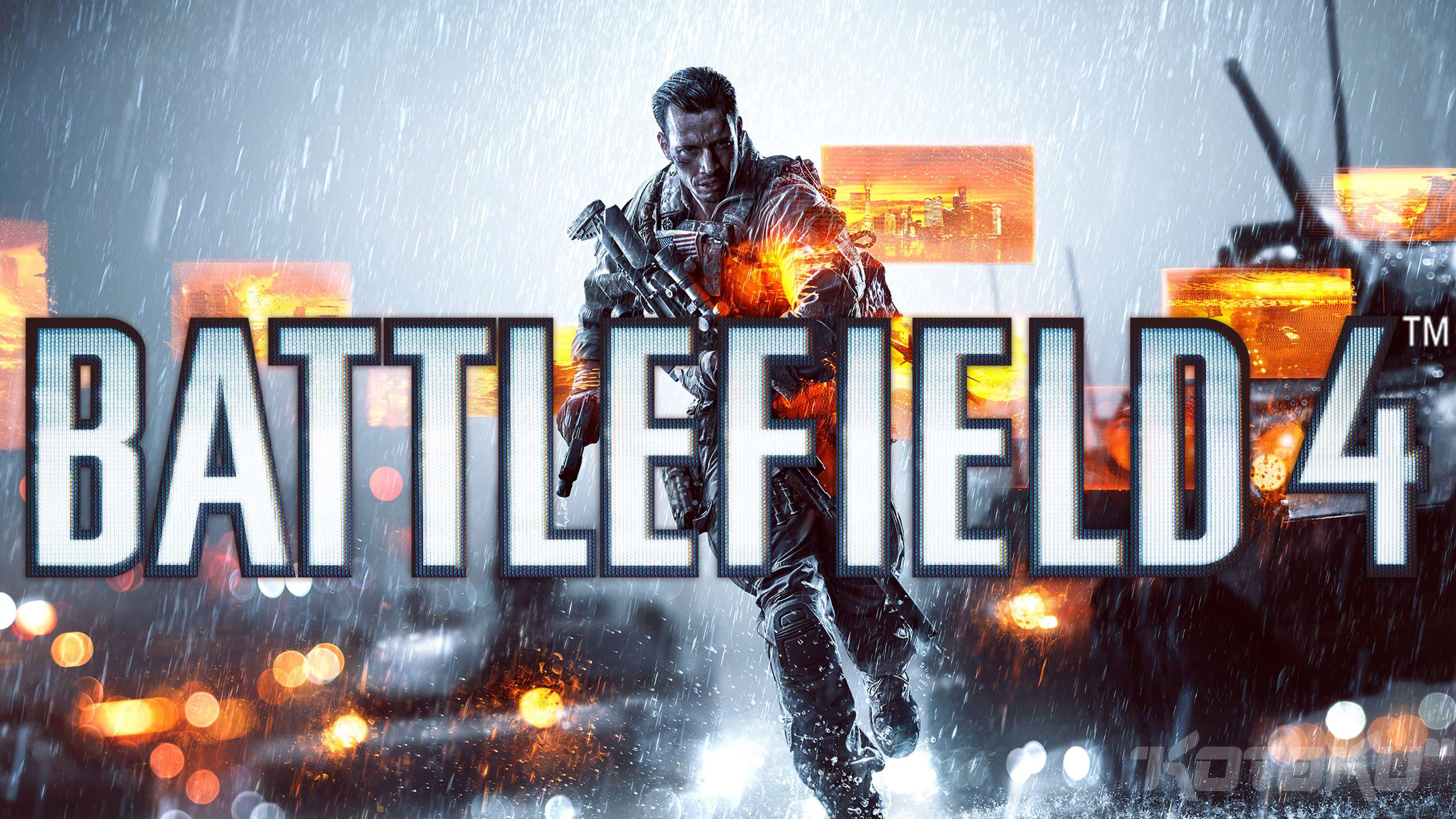 So here it is. DICE’s latest instalment in their epic Battlefield franchise, Battlefield 4. Is it the Call of Duty beater it’s making itself out to be? Does it hold up against what we’ve seen of it’s next gen counterparts and is the multiplayer any good? Read our review to find out.

With the Christmas season fast approaching and the imminent arrival of the next gen consoles, this is DICE’s last venture on the current consoles and boy are they going out with a bang.

Battlefield 4 is set in 2020, 6 years after the last instalment. You start off in the familiar surroundings (if you’ve seen the released gameplay videos) of Baku as you and your teammates come round after careering off a side road and end up upside down in the ocean.

(you must)…diffuse as many of these tense scenarios as possible, with your gun and grenades obviously.

This time round, the campaign, albeit a linear one, is a lot more focused and longer that Battlefield 3 which many found to be too short. You are in charge of a squad of 4 codenamed Tombstone and it’s your job to evacuate American VIP’s from Shanghai and make your way safely home but this obviously doesn’t go to plan. 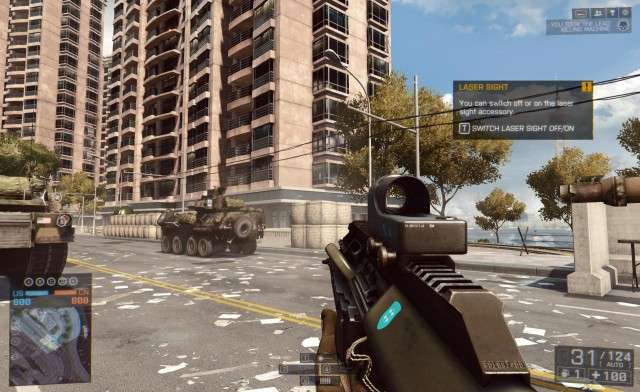 Like many of it’s counterparts, Battlefield 4 has you jumping all around the world to different locations with some standouts being Shangai itself and the opening level in Baku is quite a set piece. Again, you are on the brink of all out world war and you must try and diffuse as many of these tense scenarios as possible, with your gun and grenades obviously.

The pace can be up and down at times but pretty intense for the most part.

If you’ve played any of the previous instalments, you know what to expect here with a few improvements thrown in for good measure. The controls are as tight as they were in the last game with better button layout for certain tasks. The pace can be up and down at times but pretty intense for the most part. New weapons get added to your arsenal as you complete assignment with each one having it’s own unique characteristics. 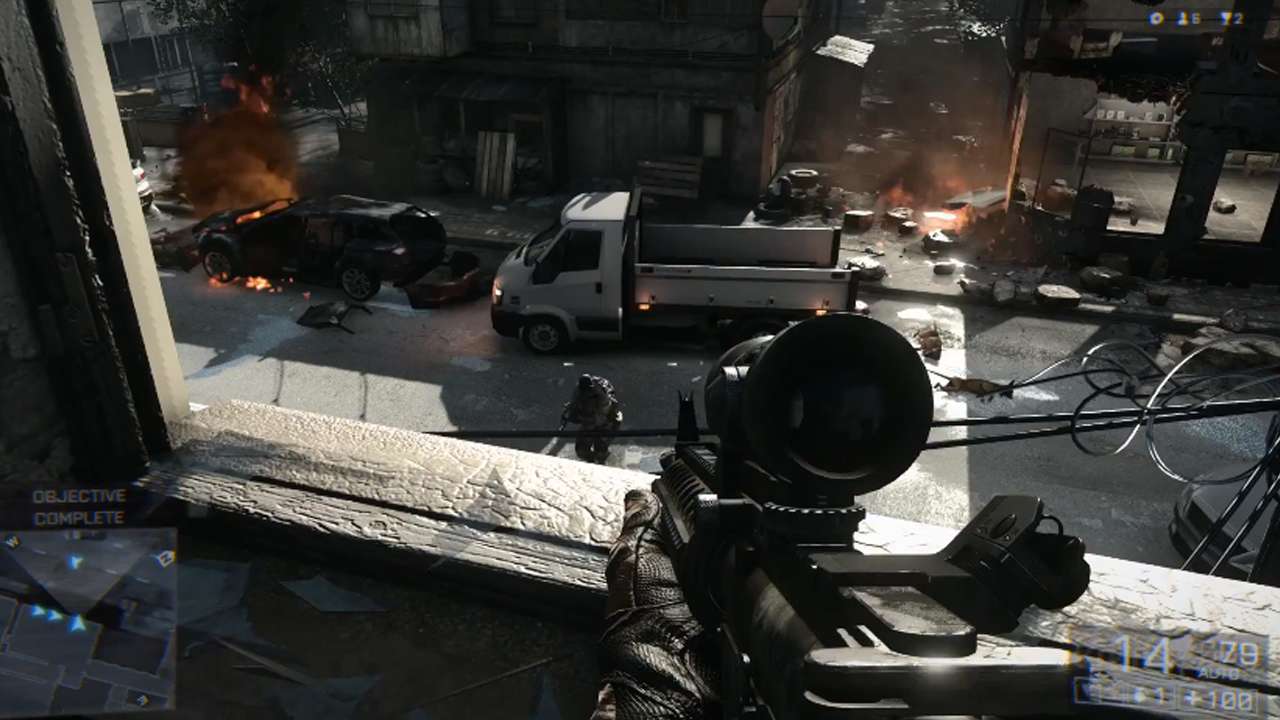 You can add even more weapons to your roster by taken them off dead enemies or finding them hidden around the environment. In the end, it doesn’t really break any moulds in terms of gameplay, with the usual mixture of on-foot and vehicle driving to break things up. It’s pretty much business as usual.

Some may be wary of seeing all the gorgeous next gen trailers for battlefield 4 and then loading the game into the disc tray and expecting an ugly sister of a game to appear on these dying current gen consoles. Well, for me, this wasn’t the case as I was very surprised to see just how well this game looks on the Xbox 360 in comparison to brand new sibling, the Xbox One or the PS4. 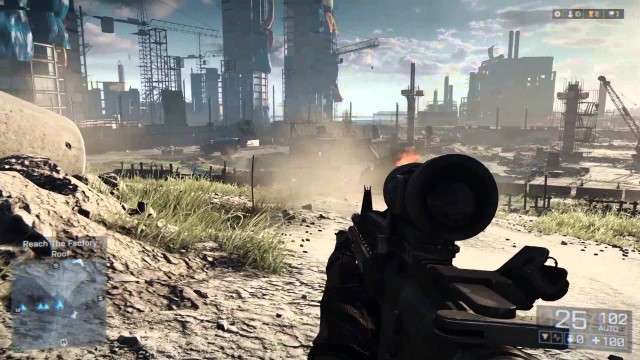 I guess it’s a case of DICE knowing how to get the best from the senile old consoles and really pushing every pixel possible. They’ve slipped in lots of set pieces in the single player which really show off the Frostbite engine and it all looks very pretty it must be said. You’ve got your obligatory lens flares and bokeh effects which add to the overall gritty and real life vibe. This is one serious looker and DICE can be proud of what they’ve achieved on these soon to be retired consoles.

This is where the work DICE have put in really shines…

Let’s be honest, Battlefield is all about the multiplayer and the single player is just a nice added bonus. This is where the work DICE have put in really shines and they have so many of the multiplayer features pretty much perfected as this stage. The classic modes are back, like Conquest and Rush, as are the newer deathmatch modes and Domination. There is also the very addictive Obliteration mode which is like a combination of Conquest and Rush that creates a new bomb-focused game mode. There’s also the new Defuse mode which won’t be for everyone but might get its cult following. 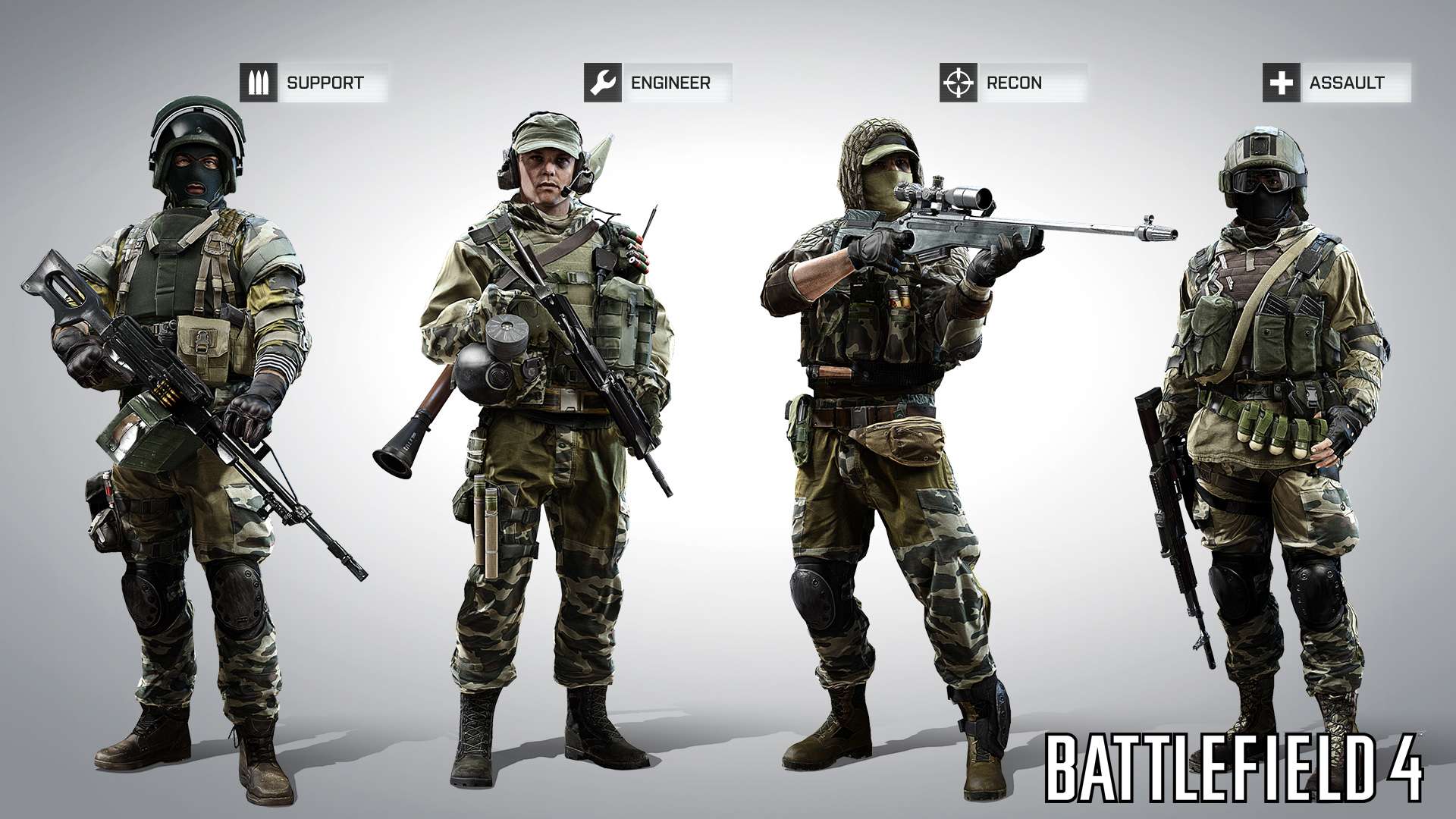 There is your usual slew of customisations, unlockables, rewards, progression unlocks and so on so there is more than enough to keep you coming back long after you’ve finished the single player and that’s if you even play that section at all!. There’s 10 maps in total and they vary from the very big to the more compact.

All the levels have their own form of ‘leveloution’ which basically means you can blow stuff up that in turn blows other stuff up and changes the design and layout of a level in one scale or another. It’s seen as probably the biggest addition to this version of Battlefield and it really does add a whole lot of fun to the multiplayer. The amount a players allowed on a map is unfortunately capped to just 24 on the current gen but you can go to an eye-watering 64 players for the next gen versions and PC.

We definitely enjoyed our time with Battlefield 4 but we couldn’t help but look over it’s metaphorical shoulder at it’s fast approaching next gen counterpart. DICE have achieved a lot with the version of the game and it’s a nice wrap up for their outing on these current consoles. Play the single player: stay for the multiplayer, Battlefield 4 is better with friends!

Battlefield 4 was reviewed on an Xbox 360