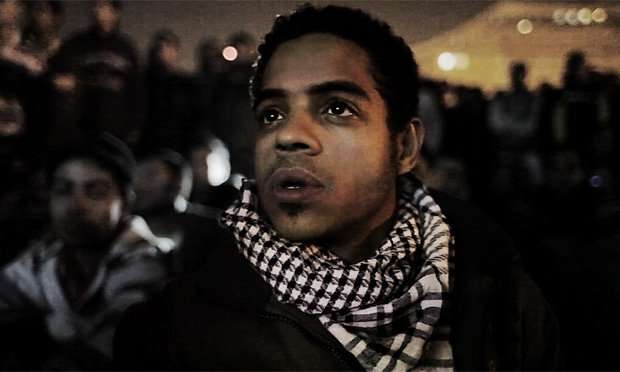 Winner of this year’s Toronto International Film Festival Documentary People’s Choice Award, “The Square” is an epic documentary that tells the behind-the-headlines story of the Egyptian Revolution through the eyes of young activists who have sought for the last two years to build a better Egypt.

The film captures the immediacy and intensity of the protests in Tahrir Square from the 2011 overthrow of military leader Hosni Mubarak through the ousting of Mohammed Morsi in 2013, providing a kaleidoscopic, visceral portrait of the events as they unfold before Magdy, a member of the Muslim Brotherhood, Khalid Abdalla, an Egyptian actor who played the lead in “The Kite Runner” and the charismatic Ahmed, whose poetic storytelling carries the narrative.  Armed with nothing more than cameras, social media, deep consciousness, and a resolute commitment to change, these young revolutionaries give us a front-line perspective of the on-going struggle fought with new weapons.

“We are thrilled to be presenting an amazing film that brings to life in such a deeply human way one of the most important events of our time,” said Lisa Nishimura, Netflix VP of Original Documentary Programming,  “ ‘The Square’ is documentary filmmaking at the highest level – a beautifully constructed chronicle of brave people struggling against insurmountable odds to make their country a much better place.   One knows that history is unfolding on the screen before you when watching ‘The Square’. ”

“Our dream for ‘The Square’ is to inspire the hearts of as many people as possible and by working with Netflix, we can insure the film reaches a wide and diverse audience,” said Noujaim. “Nothing about the making of this film has followed the norms and that’s what makes it exciting. It is crucial for us as filmmakers, who have shot a documentary about people risking and losing their lives for their beliefs, to create a spirit of possibility. We see the deep value that Netflix places in this story of a very alive moment in world history and are thrilled they understand the power of this film to move, disrupt and inspire audiences worldwide.”