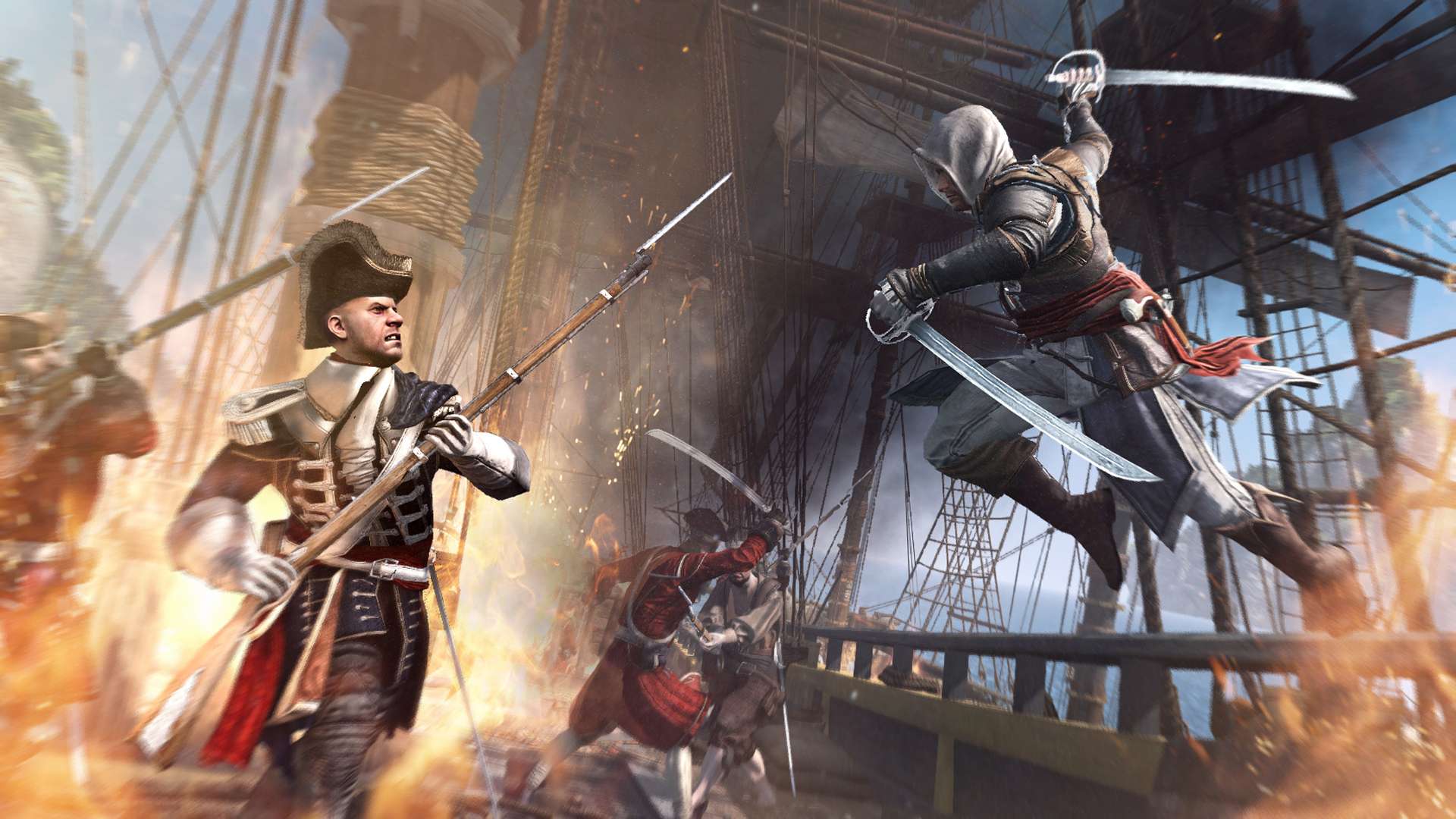 For this reviewer, Assassin’s Creed 4: Black Flag is the most surprising game of the year. Honestly, the game is so good, that I decided to take my time with this review rather than rushing it. Instead of speed through the story to get to the end and start my review I spent my time exploring the crystal blue Caribbean seas and their many islands and hidden treasures.

Without sounding like an idiot or fan-boy I must state this now… This is the best Assassin’s Creed game to date, in my opinion. 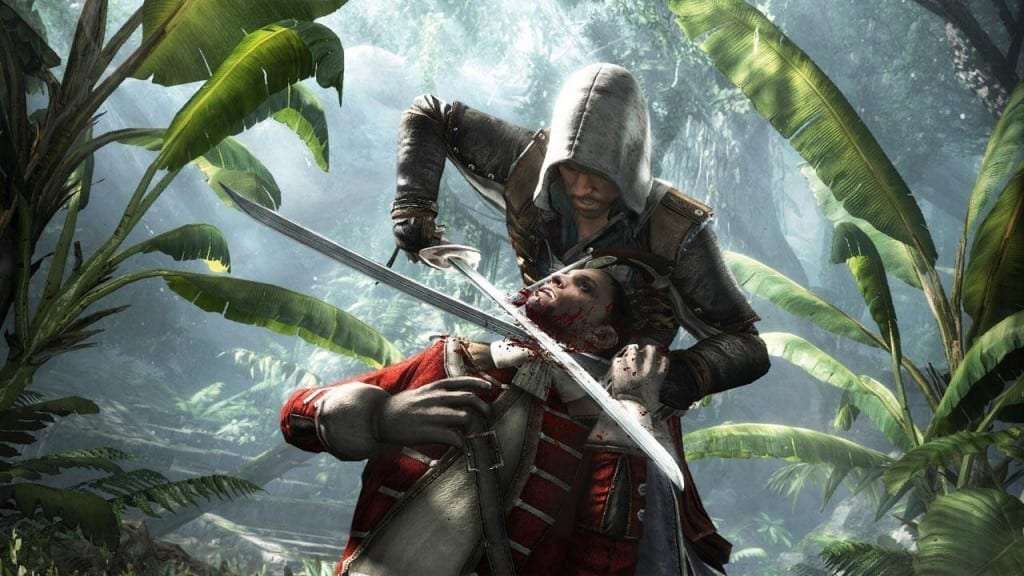 Kenway takes on the mantel of the protagonist and must stop the Templars and their evil scheme.

So essentially, the story of Assassin’s Creed 4: Black Flag covers the usual Assassin’s Vs. Templar sub plot that all the Assassin’s Creed games have used but with unique twist this time: PIRATES! The story begins with Edward Kenway impersonating a dead man in order to pick up a large reward, and before too long (a couple of missions) he’s tangled up in the secret war between the Assassins and the Templars. So Kenway takes on the mantel of the protagonist and must stop the Templars and their evil scheme.

Being the Assassin’s Creed franchise, there is a story set in the present day too, which see you play as an employee of the Abstergo Entertainment Corporation sourcing memories for their upcoming pirate film.

Basically everything about Assassin’s Creed 4: Black Flag is an improvement over last year’s entry

Basically everything about Assassin’s Creed 4: Black Flag is an improvement over last year’s entry. Sometimes the improvement is small and other times it’s amazing to think they hadn’t made that change until now.

First up, the naval combat is great fun. Trying to stop an enemy ship and then boarding it is an experience, that perhaps can only be matched by climbing to the top of a very high peak and and synchronizing before taking a leap of faith into the clear waters below.

The systems of hunting, trade, and crafting have all been upgraded. And even the combat has seen a huge improvement. Gone are the days of being able to button-mash you’re way through a fight, instead the game lends itself to smooth free-flow combat.

Perhaps one of my biggest irks was that there wasn’t enough stealth in this game. To be sure there is larger amount of it in this iteration but this game left me want more. Sure, sneaking through bushes and across overhanging branches is fluid and intuitive and, most importantly, a lot of fun but I sometime felt that this shouldn’t be optional and instead core element of the game. Yes, you can sneak your way through entire missions of the game if you want to but why not more. That’s my only question… 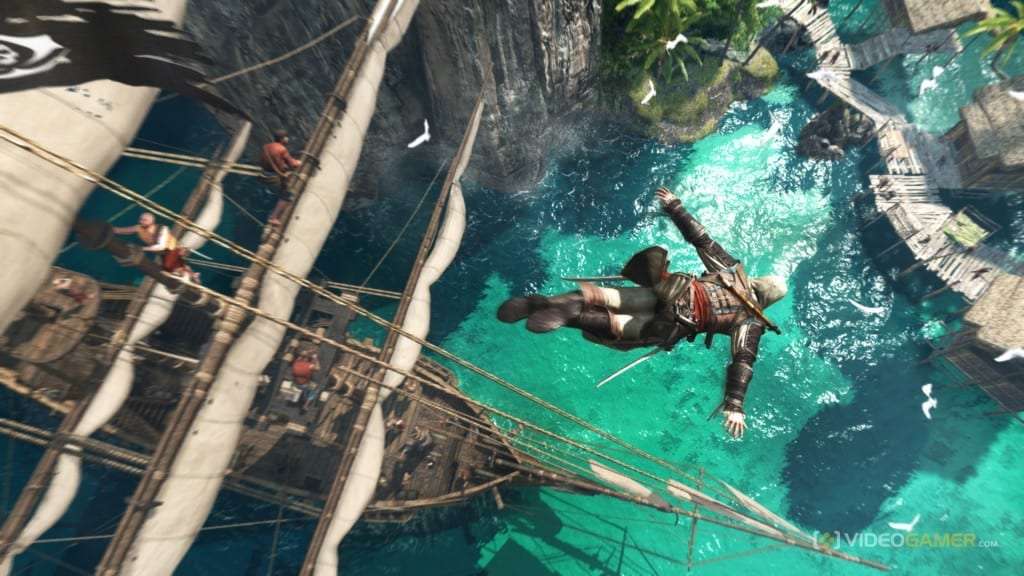 People playing on the PlayStation 4 and Xbox One will/are getting a more sophisticated graphics presentation.

The graphics in Assassin’s Creed 4: Black Flag are stunning, truly loot-worthy in its presentation and delivery. Anyone who waits a couple of weeks to pick up Assassin’s Creed 4 on next-gen systems obviously will have a more attractive game waiting for them, but that’s not to say that current-gen players aren’t getting kicked to the shore. Assassin’s Creed 4: Black Flag is the same game across all consoles and plays essentially the same game. The only time we saw a potential difference is when the Xbox 360 and PlayStation 3 had issues maintaining a consistent frame-rate resulting in some shearing of graphics.

Unfortunately when it comes to the next gen consoles and a visual difference, it’s a somewhat different story. So, yes the game looks basically the same, but people playing on the PlayStation 4 and Xbox One will/are getting a more sophisticated graphics presentation. This visual boost is most easily seen in the game’s sprawling oceans and much sharper textures. (The waves look amazing). Assassin’s Creed 4: Black Flag is a massive game, and it sometimes feels confined by the current generation console.

Some modes have made a comeback from previous experiences, like Manhunt or Domination

It’ll probably take gamers just under 30 hours to complete Black Flag end to end if you ignore most activities other than the main story missions. Once that is done, you can still aim for the 100 per cent completion in story mode, which will require you to find all the collectibles and complete the side missions etc but if that’s not you cup of grog. Why not check out the multiplayer element of the game.

Some modes have made a comeback from previous experiences, like Manhunt or Domination, but also new and tweaked ones, like the story-based Wolfpack, which see’s players need to co-ordinate timed attacks on groups of enemies as well as defend chests that pop up randomly. 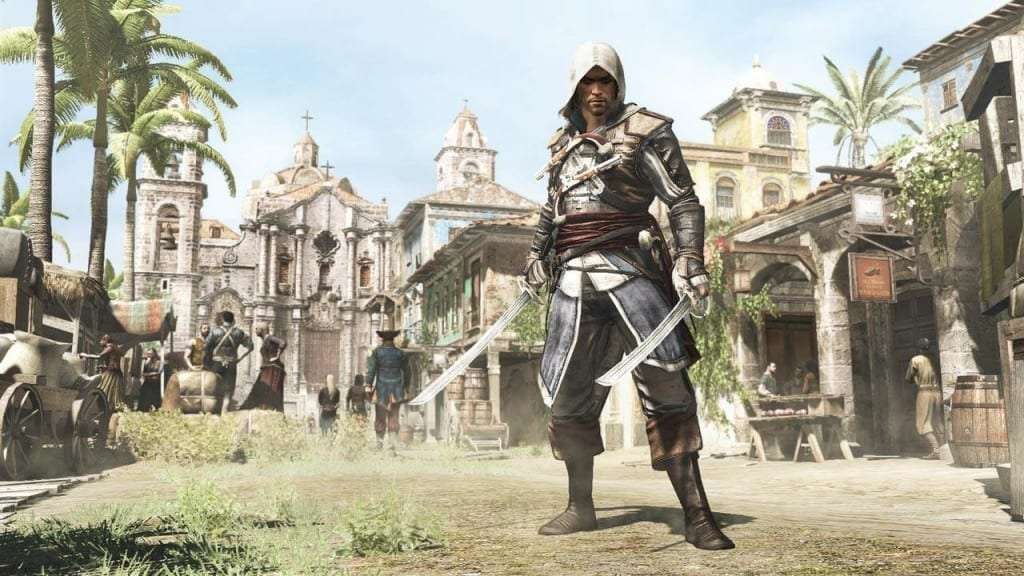 With the introduction of the all-new Game Lab, the developers are showing (See trailer above) just how players can use it to create brand new online matches, essentially giving Black Flag players the chance to create their own matches, with their own goals and restrictions.

Assassin’s Creed 4: Black Flag is a welcome addition and perhaps the best entry in the series so far. Okay so the game may not be perfect (stealth elements), but it’s a surprisingly remarkable piece of work and represents something of a return to form for the series, which to some has grown increasingly stale over the years. As I said, it’s the best entry in this series for the last three years or so and in my opinion easily one of this year’s must have games (no matter what console you get it on).

Assassin’s Creed 4: Black Flag was reviewed on an Xbox 360