How to get Netflix on your TV

We’ve been asked many times how to get Netflix on your TV as opposed to watching it on your Laptop / Phone / Tablet, so we thought we’d take the time to put together a quick quide on the easiest ways to get the big screen experience from Netflix.
Lets start by noting that everyones setup is going to be different so this is going to be a high level guide, but if you have any questions about your particular setup, get in touch and we’ll help you through any areas that you might need clarification or further assistance with.
To start, Netflix is available on all the consoles right now. That is the Wii, the WiiU, the Playstation 3 and Xbox 360. It is also on a large number of Smart TV’s as well as internet video players such as Apple TV and Roku.
Most people don’t realise that as long as their Wii is connected to the internet they can get Netflix on it.
What to do:

The beauty of the Wii is that it works on practically any TV. I’ve set it up on a familys old CRT (big tube tv), with the Red, White and Yellow connectors. Their Wifi isn’t great (about 1.5mb from Sky Broadband) and there is no problems watching Netflix!

To set Netflix up on the PS3: 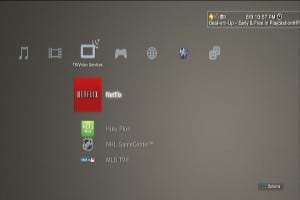 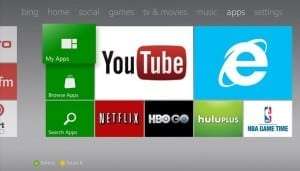 With the Roku and Apple TV, Netflix is preinstalled so just select the Icon.
It really is that simple to get started streaming video on your TV.
Also have a look out for the RTE Player and TV3 Player. They allow you to catchup on any shows you might have missed and are on Xbox 360, Playstation 3 and a number of other devices!
Again, any questions, or if your having problems getting setup, feel free to get in touch by leaving a comment below or sending us a message on Facebook or Twitter.