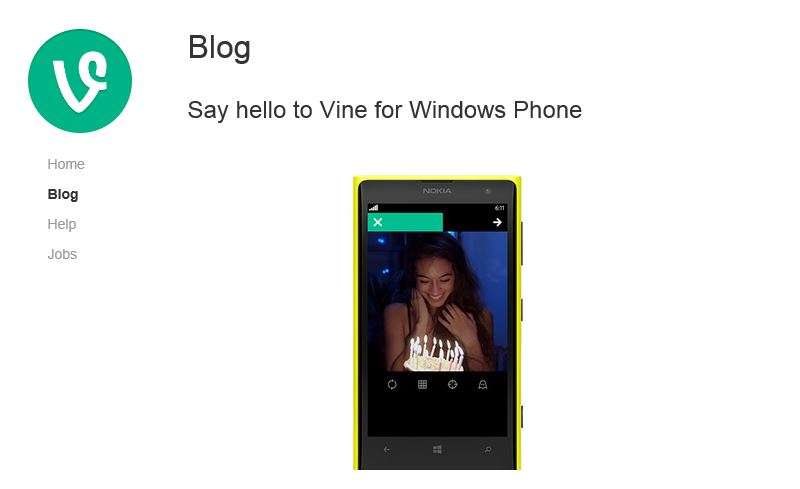 Vine was confirmed to be heading to Windows Phone back in July, and then having been demoed live by Nokia last month, today it’s finally here.

Announced today on Twitter, Vine can use both your rear camera and front facing camera and supports multitasking.

The design is similar to the iOS and Android coutnerparts, but there are some unique features that only Windows Phone users can use such as live tiles, pinning users directly to your start screen and the very cool ability to launch Vine via the camera as a lense.

Independent third-party Vine app 6sec has been extremely popular with Windows Phone users over the last couple of months, but an official app is always good for a platform and shows that developers are taking Windows Phone more seriously as an alternative to iOS and Android.