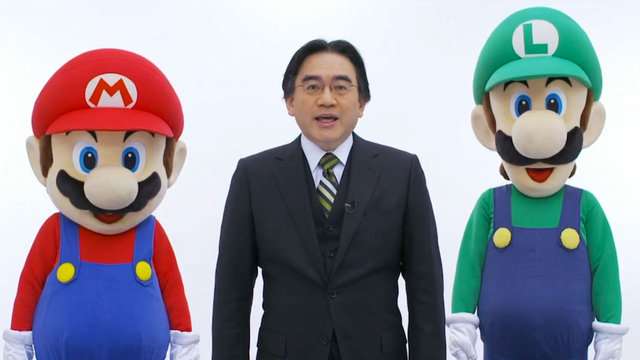 Nintendo bringing Nintendo Network ID and MiiVerse to the 3DS

I’m not sure what too Nintendo so long, or if they were just holding back to announce something, but here you go, you can now use your Nintendo Network ID and access MiiVerse on the ever so popular Nintendo 3DS, which is nice.

Along with this announcement (press release below), Nintendo also released a bunch of yummy new videos, you can check them all out below:

The Legend of Zelda: A Link Between Worlds – Trailer (Nintendo 3DS)

As part of a Nintendo Direct broadcast today, Nintendo announced news of Nintendo Network ID, Miiverse and the video-sharing service YouTube making their way to the Nintendo 3DS family of consoles. Hosted by Nintendo of Europe President Satoru Shibata, the broadcast focused primarily on Nintendo 3DS software launching in the coming months, including new reveals for The Legend of Zelda: A Link Between Worlds, Bravely Default andMario Party: Island Tour. In addition, football fans will be excited to hear of a new football management game coming to Nintendo 3DS, as well as a launch date for the third instalment in the Inazuma Eleven 3 series.

Meanwhile for Wii U owners, today’s broadcast revealed numerous ways in which to enjoy SUPER MARIO 3D WORLD when it releases in just over a fortnight, as well as new and original downloadable content coming for owners of Pikmin 3.

To view the Nintendo Direct in its entirety, visit http://nintendo.co.uk/nintendodirect. Today’s announcements included:

*Depending on the Wii U hardware pack you own and your use of it, an additional storage device may be required to download software from Nintendo eShop.