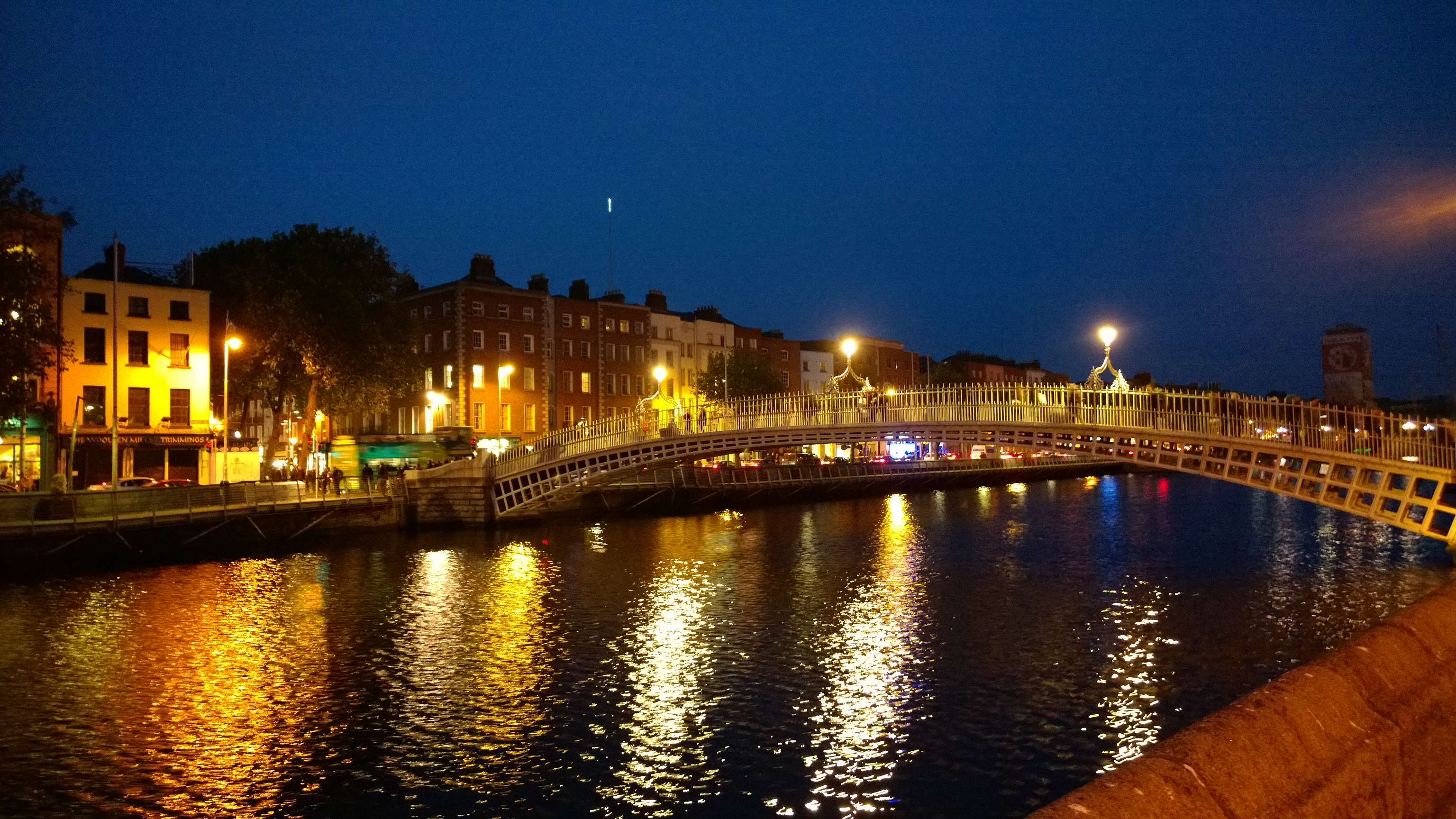 The Nokia Lumia 1020 is representing Windows Phone and with a massive (literally) 41mp shooter with optical image stabilisation, it certainly wins on paper.

Next up is Android’s premier camera flagship, the Sony Xperia Z1 with a 20.7mp camera and digital image stabilisation, it’s not too far behind the 1020 in terms of specs.

Finally we have the Google smartphone, the brand new Google Nexus 5, which has an 8mp camera and like the 1020, it has optical image stabilisation.

We chose to focus on low-light performance for this test, as most smartphones and indeed almost all flagship phones can take a more than acceptable image in daylight, but also the chances are that you’re more likely to use your phone while on a night out with friends after dark.

All of these images were taken with each phones’ default camera settings, flash off and from as close to identical position as possible.
Each image is completely unedited.
The idea is to simulate taking a photo straight from your pocket.

First up is sweet Molly Malone, a very popular picture for tourists, but are they using the right phone for their holiday snaps? 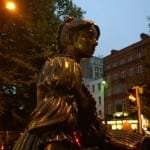 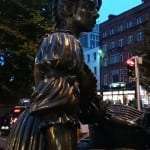 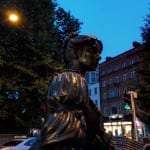 It’s clear here that the Lumia 1020 struggled a bit more with the orange streetlights than the other two, although that can be seen as a plus too as it’s more accurate as to what the street is actually like, and the Nexus 5 handled everything more than capably, but the Xperia Z1 definitely has the better detail and nicest depth of field.
The Xperia Z1 wins round one.

The Temple Bar pub in Temple Bar (original…) is another popular choice four tourist photographers and with a mix of street and shop lights, it’s something of a challenge to get a good photo. 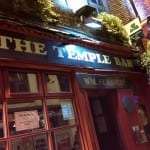 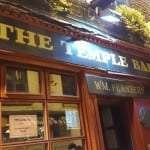 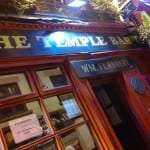 The Xperia Z1 makes a bad job with the lighting and there’s a lot of noise and muddled detail, and although the Nexus 5 holds it’s own here with very low noise and good detail, the Lumia 1020 comes out on top with the insane clarity and detail, even if it did struggle a bit with the main light in the image.
The Lumia 1020 wins round two.

Third in our test was the old Bank of Ireland on College Green, which aside from being hard to get a good photo of due to the buses in the way, has a lot of detail to try to cram into one photo. 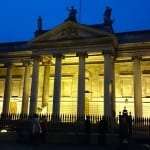 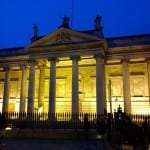 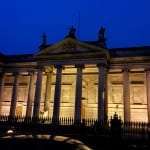 This is a really hard one to call.
The Lumia 1020 gets the best balance of dark and light, with amazing detail just above the lighted area and around the statues on the roof, while the Xperia Z1 definitely has the best level of detail in the centre, it has a lot of noise in the darker areas and the Nexus 5 strikes a good balance between detail and contrast.
The Nexus 5 wins round three.

O’Connell Bridge is a hard photo to get right, as there’s simply so much going on – streetlights, cars, buses, billboards, people and a large, long area to take in. 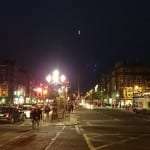 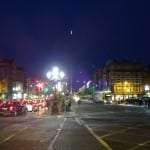 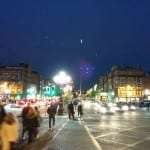 The Nexus 5 clearly loses this round, the image is so blurry and overexposed that it’s simply unusable. The Lumia 1020 and Xperia Z1 are quite close here, the Lumia does a better job again with the detail and less noise, but the Xperia definitely has more ‘real’ colour and feel to it.
The Xperia Z1 wins round four.

For the fifth and final round in our test, we chose the Ha’penny Bridge including a lot of the River Liffey and some background buildings. 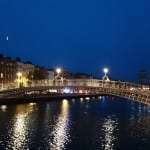 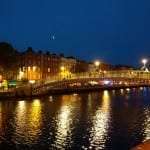 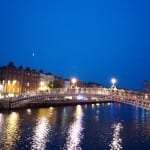 The Google Nexus 5 sadly falls down again in the face of perhaps just too much light and detail, resulting in another over exposed and blurred shot, although not as bad as the previous photo.
The Lumia 1020 and Xperia Z1 are quite close for the last round, with both getting amazing detail on the River Liffey and the bridge itself, but for the best colour replication and overall balance, the Lumia edges out the Z1.
The Lumia 1020 wins round five.

The Lumia 1020 comes out on top overall, but not by much. The Xperia Z1 keeps up almost every step of the way, and is more than capable of producing a better shot given the right circumstances.
The Nexus 5 isn’t as good as both of the other phones, but at only $300 sim-free with stock Android, (not to mention a gorgeous design) it’s an amazing package all round.

You honestly can’t go wrong with either of these phones, the Lumia 1020 and Xperia Z1 do outshine the Nexus 5 but they also weigh more and are much bulkier, while the Nexus 5 is the best all-rounder.

We’ll compare these against Apple’s flagship iPhone 5s in the future.

I asked some my fellow Effect.Net editors to weigh in with their opinions and Tony agreed with the above, while John thought that the Xperia Z1 outmatched the Lumia 3:2 (he didn’t even give the Nexus 5 one round.)

What do you think? Comment below if you agree or disagree.