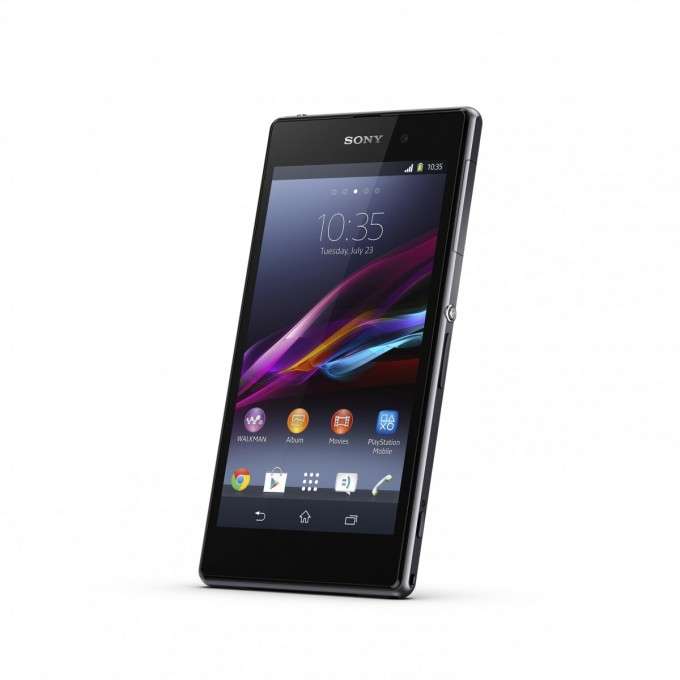 Sony only recently announce the Xperia Z1, but it’s already winging its way to a network near you. The Z1 take on the mantel of the Xperia Z, Sonys flagship handset from last year. The 2 most heavily criticized features of the Xperia Z were the camera and the screen. While the Xperia Z was touted to have a 13mp camera, and it did, it was very lacklustre and under performed with overly soft shots and lacking in detail. The 5inch 1080p screen was washed out from any angle except front on. THANKFULLY, the Xperia Z1 mostly fixes those issues. 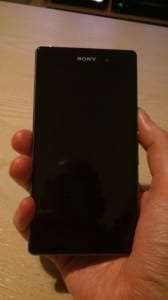 In terms of hardware, it’s seen an upgrade over the previous generation. Where as the Xperia Z had a frame of soft touch plastic and it was built well, it didn’t have the premium feel of say the HTC One. The Xperia Z1’s frame is milled out of on single block aluminium and is finished with a 2 tone look. The front and back are again glass, just nice clean pieces of glass. 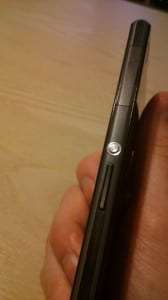 The Z1 is actually ‘more’ waterproof than the Z. It has an IP58 rating, so good for up to 1.5m of water for up to 30mins, and that’s with the headphone jack exposed (I don’t know how they do it but I’m glad they did as I use my phone as my music device every day and opening the headphone flap on the Z used to annoy the heck out of me) Sony have also improved the seals on the micro-usb, micro SD and Sim Card ports. They used to be a finicky, but are much easier to open and close to a full seal. 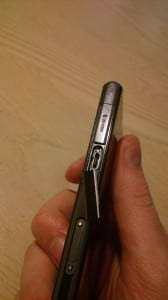 Going around the handset, on the top there’s the headphone jack, down the right is the Sim Card slot, power button, volume rocker and thankfully, a 2 stage camera shutter button. The speaker is now on the bottom of the phone and is much much improved over that of the Z. On the left there’s a magnetic dock connector of the upcoming dock, a Micro-USB slow and the MicroSD card slot (glad to see sony kept the external storage option). 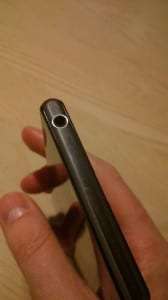 The front of the phone is essentially all screen. It’s a 5inch, Sony made 1080p Trilumious display that is miles beyond the original Z’s screen. The viewing angles still aren’t as good as say the S4 or the HTC One, but they are improved. At the top, tucked into the bezel is the earpiece. Sony have also cleverly hidden the RGB notification LED in here as well. It’s a small touch, but a really nice one. 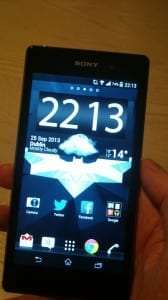 The back of the phone again is a solid slab of glass with some Logos on there. At the top of the phone, is the noise cancelling mic. While it looks like somewhere you can take off the cover, you can’t, so don’t try or you’ll damage the phone. 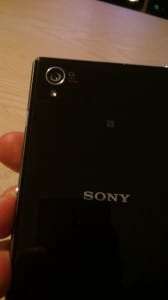 The only other thing on the back is that 20.7mp ExmorRS Camera. This is leaps and bounds ahead of the camera found in the Xperia Z. It uses Sonys G-Lens system and Bionz image processor, which when combined with the ExmorRS image sensor produces outstanding images! By default, in Superior Auto Mode, you get 8mp shots, basically it takes the 20mp and oversamples them to produce an 8mp image with much less noise than a normal 8mp shot. 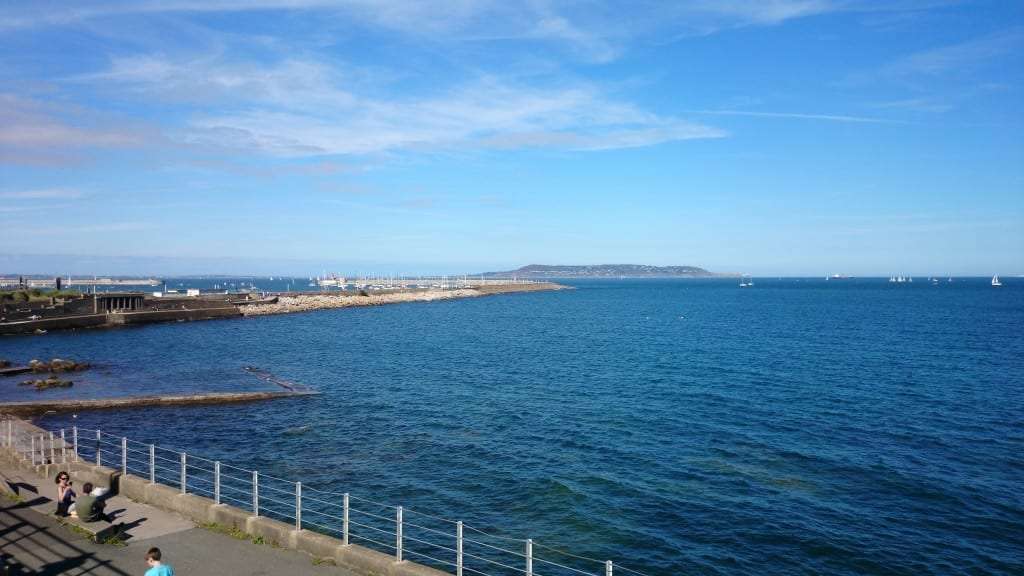 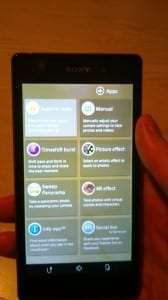 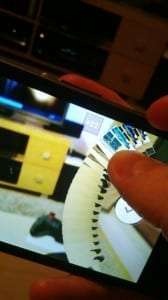 There are a number of awesome camera modes, but my favourite is ‘Time Shift Burst’. In this mode the camera is constantly recording images, and the second you press the button, it has already captured 30images before you pressed the button and 30 as soon as you’ve pressed it for an outstanding 60 images in a second! This is the mode you will use to get group shots so that you can slide through the images and select the one you want! (NOTE: if you’ve auto backup of photos on in either Google+ or Dropbox, you’ll end up with a heck of a lot of images if you use this mode lots, but Google+ Auto Awesome has a habit of stitching them together into awesome .gifs! The one below was taken in a pretty dark bar, no flash and 60 images in a second! That’s impressive.)

If you want to shoot in 20mp, you can flick over to manual mode. Here you can tweak the camera settings to your hearts content. I’ve found myself going between Manual and Superior Auto mode and it’s not let me down yet! I won’t get into video as it’s your standard fare 1080p video that’s decent quality and pretty decent audio! 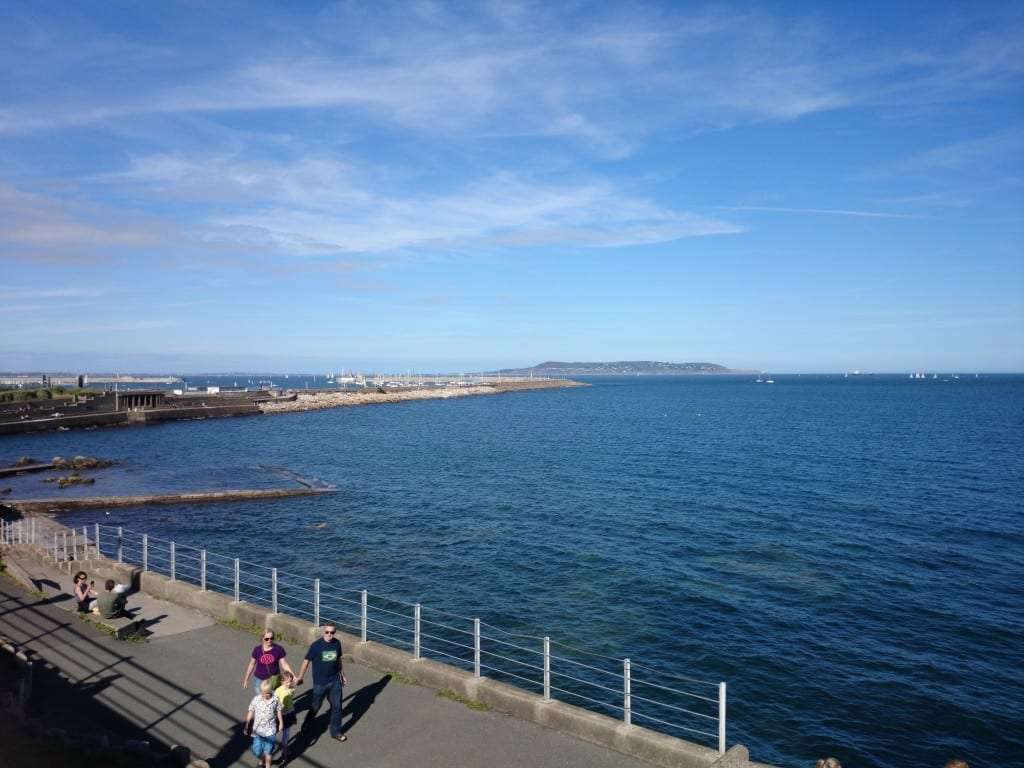 Inside the Z1 is a quad core Snapdragon 800 clocked at 2.2ghz with 2gb of RAM and 16gb of storage (this is expandable with up to another 64gb via the MicroSD card slot). Sony have also upgraded the battery. For a phone that’s 8.5mm slim, they’ve managed to pack not only all the above in there, but also a 3,050mAh battery! Trust me, that’s HUGE. I can easily, even on days where the phone doesn’t leave my hand, get through the full day. Combine this with Sony’s renowned ‘Stamina’ mode and you’ll be looking at 3-4days of juice easily. (note: as with all phones and batteries, give them a couple of weeks to calibrate and gain their full potential. after that every couple of months, calibrate it by letting it go dead fully and charing it over night. It’s much better to charge the phone when you want and then calibrate it every couple of months) 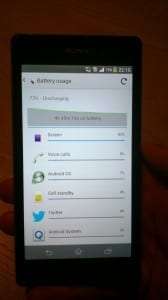 Out of the box, the Xperia Z1 has Android 4.2.2 on board and thankfully Sony’s new android Skin. I loved this skin on the Xperia Z. It’s as close to stock android which I love, but with some actual useful additions. My favorite being the ‘Small Apps’. These are apps that are launched when you press the task switch button and float on top of the other apps. An example of this is a calculator. You’re looking at your bank balance and need to do some sums, simple, open up the small app calculator and you can have both open at once! Nice. 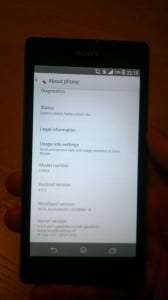 Other than that there’s not a whole lot new, and well, that’s a good thing to me. You’ve got your Sony branded Walkman, Album and Movies apps as usual. These are great apps and serve their purposes well, but for me, i end up using the Google Play Music app as I’ve a subscription to the All Access Music that can’t be accessed through the Walkman app. 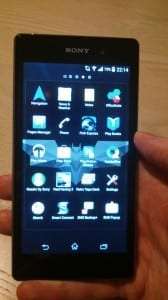 To wrap things up. What Sony have done here is build on the strengths of the Xperia Z and brought it to a whole other level. The solid aluminum frame, the outstanding camera, much improved screen and better battery and processor have made this one of the, if not the, most desirable phone on the market right now. As of the 23rd Sep, the Xperia Z1 has now also got the world record in the Antutu benchmark app, so that’s saying something about the performance in this phone.

The only negative thing I can really say about the Xperia Z1, is that it’s a tad on the big size, even for me. The Xperia Z was large, but manageable, the Z1 is every so slightly taller, and it’s just on the verge of being TOO big. The current rumor is that Sony are to release a Z1 Mini, which if those rumors pan out, will have all the goodies of the Z1 (20mp Camera, Snapdragon 800, etc…) but with a 4.3inch 720p screen and a 2,400mAh battery. If that turns out to be true, that would be my ultimate phone as it would be the pocket friendly power house that I know I’d want. BUT, given that the Z1 Mini is still rumor, if you can handle it’s size, we can recommend the Xperia Z1 as a phone that should rank highly on your ‘want’ list.

The Xperia Z1 is available in Ireland now. See HERE