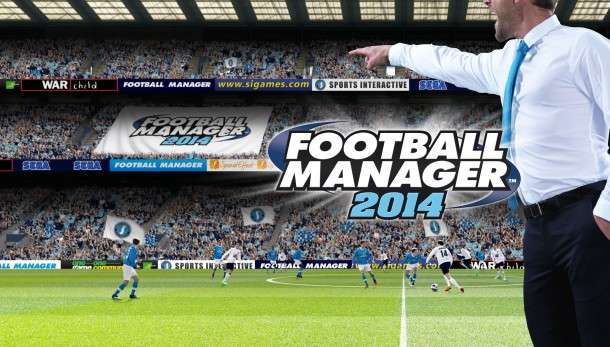 The next instalment in the cult football management simulator, Football Manager 2014, has finally landed on PC, Mac and Linux.

Football Manager 2014 includes over 1,000 new features and enhancements, some of which can be seen from the very off with the updated UI. The game’s new skin is much sleeker and a lot more attractive than past games, which makes those marathon sessions and pushes for continental glory a lot easier on the eyes.

Sports Interactive’s strive for added realism in the Football Manager universe has taken great strides this year, especially in Board Interaction and the introduction of UEFA’s Financial Fair Play initiative.

For example, if managing Manchester United, the board will put to you that they want to see both attacking and possession football, as the club’s philosophy dictates. You can agree with this, or discuss changes to your preference with the board, but fail to meet these aims and you will find yourself trawling the Job Vacancy’s list faster than Paolo di Canio at Sunderland this season. 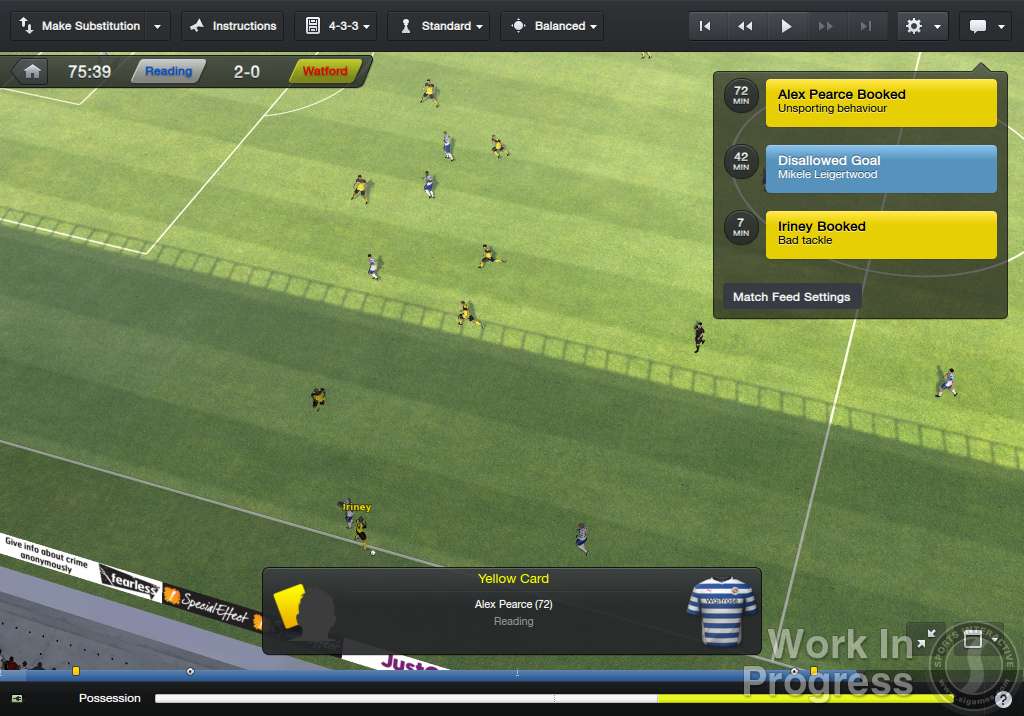 For those managers who enjoy free-spending on world-class stars, Financial Fair Play may just kick their hopes of it continuing high up into Row Z. If you can’t control your spending and keep a low debt margin for the year, you may find yourself on the end of some nasty consequences, such as being barred from European competitions for at least one season. However, the board will keep you updated with financial projections occasionally so that you can keep on top of your spending.

Several new player roles have been added, so you can now employ Wayne Rooney as a Shadow Striker, or Andrea Pirlo as a Regista in the hope of pulling off a tactical master stroke against your bitter rivals.

On the subject of bitter rivals, managerial mind games have been taken to a whole new level in Football Manager 2014. When in press conferences, you can cause a stir by suggesting Andre Villas Boas’ Tottenham team is “more a group of individuals than a team”, which may cause a war of words to ensue between you and your counterpart, or you can always rise above media sensationalism by telling the press not to put words in your mouth on certain topics. 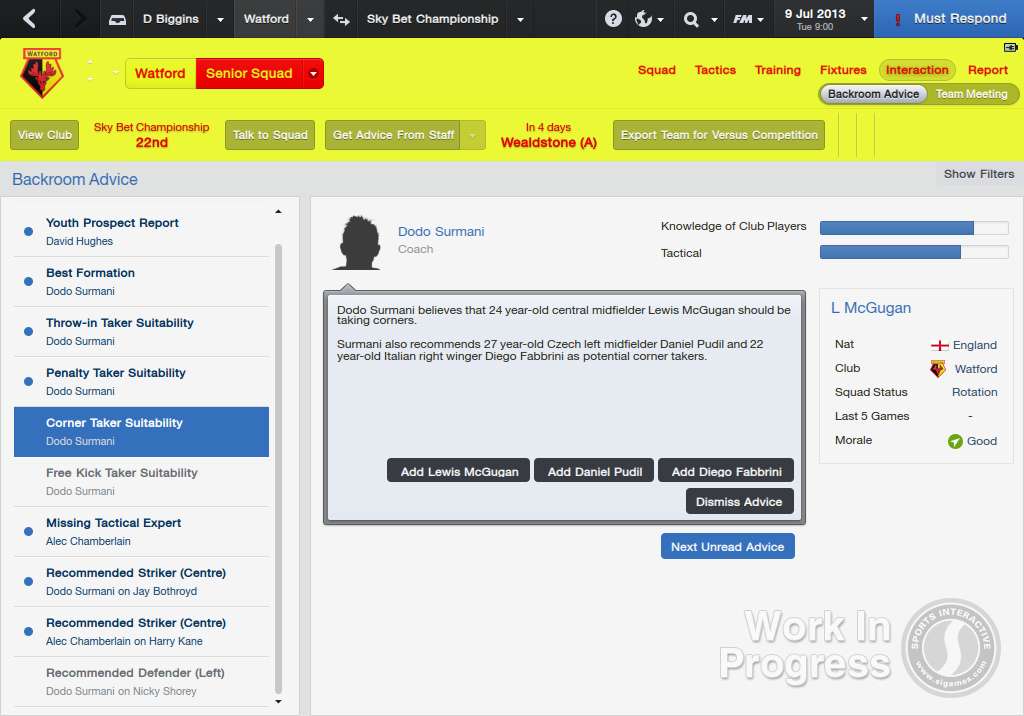 Transfers can now be negotiated live, much like the way contracts have been in past games, which can be vital in getting those miniscule details, clauses and add-ons sorted and finalised in what is now an even more frantic Deadline Day, which includes a 24 hour countdown and incessant press questions on potential moves and deals before the Transfer Window shuts.
Managers will need their wits about them, or they’ll end up landing more Bébés and less Bales.

The 3D Match Engine has also improved, becoming a lot faster and stable, even on some lower spec systems. With the enhanced 3D graphics, it is now easier to watch how players are moving on pitch, what runs they’re making, where they’re placing passes etc. and from there make adjustments all with added tactical input from your assistant which you can choose to implement also. 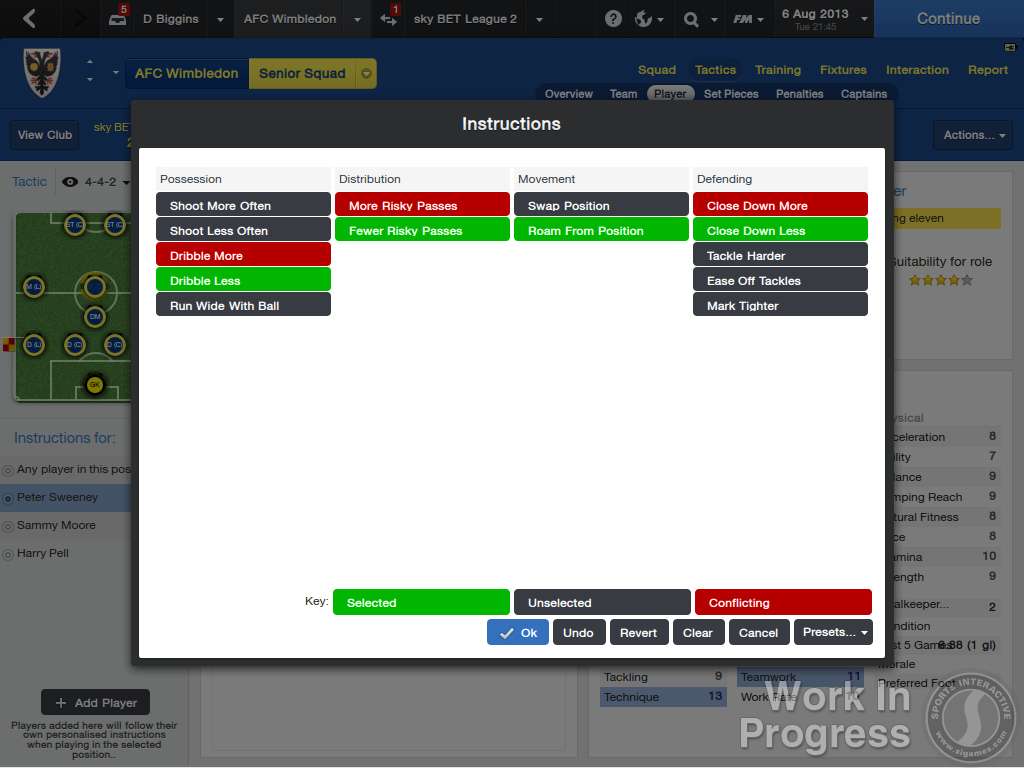 Football Manager 2014 is now available to download from Steam and other participating retailers. The game is available for Windows, Mac and Linux.

This review was written by Robbie Henry.