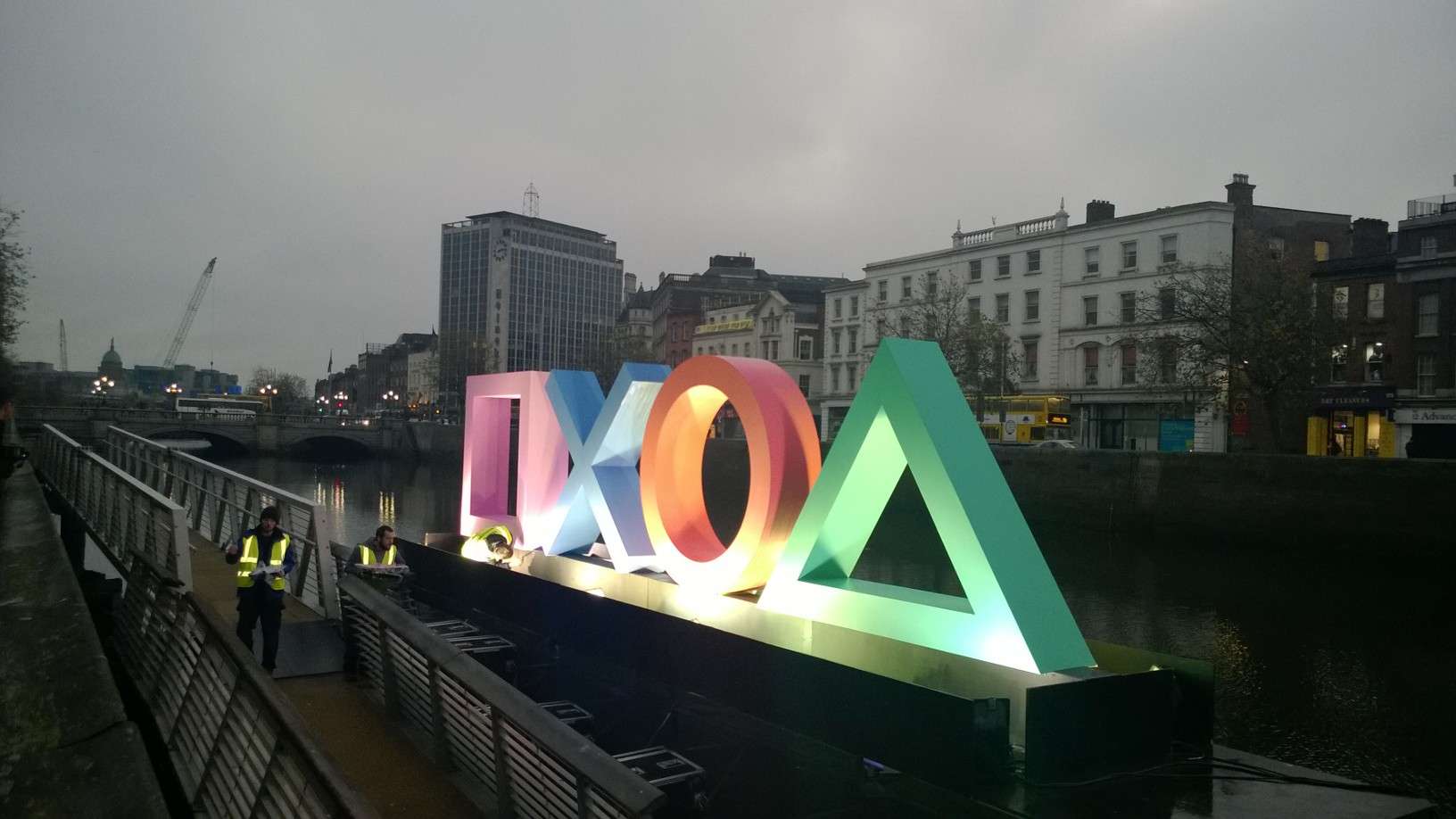 To celebrate the much anticipated arrival of the PS4 in Ireland, PlayStation Ireland have lit up the Liffey with its iconic symbols and are holding. an on-street competition unlike any other to give away the first five PS4 consoles in Ireland. There will also be some unexpected surprises taking place across the city today, Thursday, 28th, and tomorrow, Friday, 29th November, to celebrate the launch of the new console. 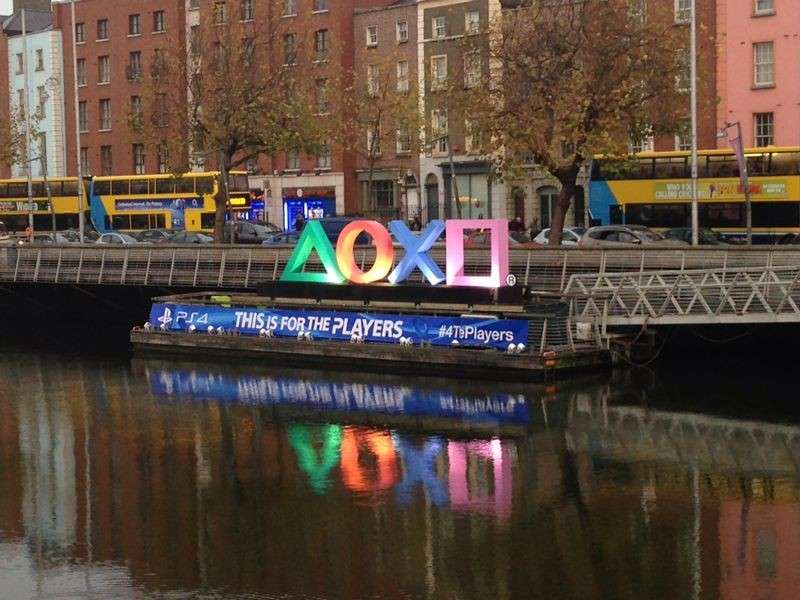 In the early hours of this morning, a PlayStation monument of its iconic symbols was light up on the River Liffey in the heart of Dublin city. The symbols can be found on a large platoon between O’Connell Bridge and the Ha’ Penny Bridge and are lit up in fluorescent colours to celebrate the arrival of the PS4. 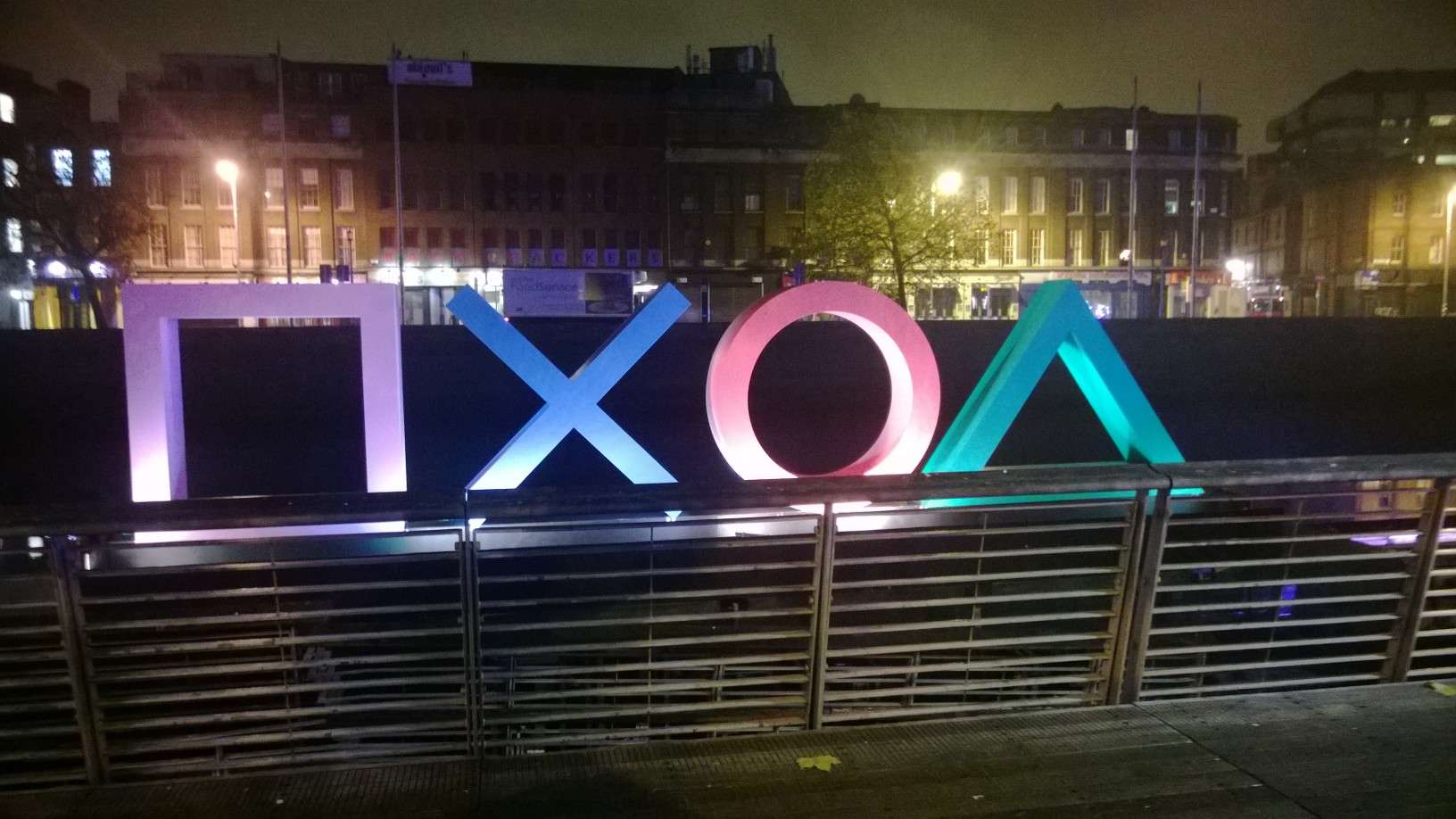 Later this evening, 100 hopeful finalists from PlayStation Ireland’s Facebook page competition will battle it out to become the first five owners of the PS4 in Ireland. ‘The Box’, a custom built unit, will be situated on South King Street, Dublin 2. Secured with a lock that can only be opened using one of five custom made keys, ‘The Box’ will reveal five winners out of the 100 finalists – the winners will walk away with a brand new PS4!

So are you guys excited for the PS4? Let us know which game you’re looking forward to the most in the comments below.