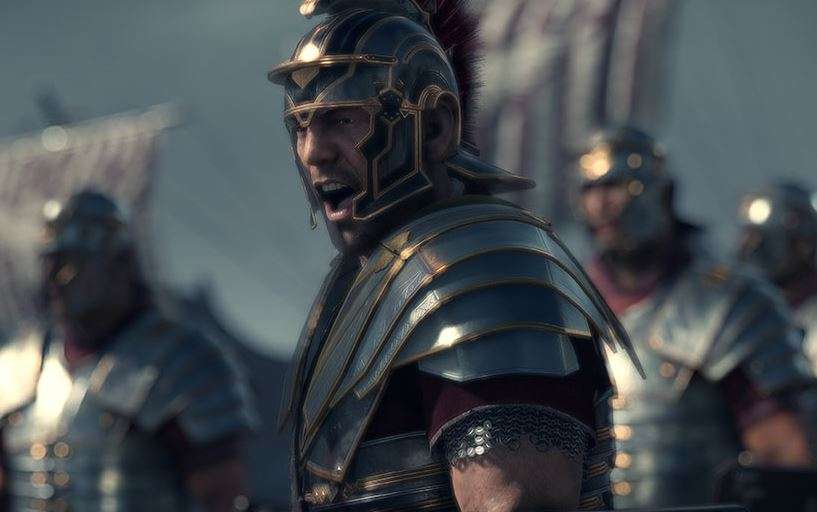 Ryse: Son of Rome is brutally violent, desperately short and stunningly beautiful – but is this Xbox One launch title worth your cash?

Being one of the titles to launch a new console is always a double edged sword for developers. On one hand your game get tons of publicity and is almost always purchased with the console, while on the other hand your game gets put under a much higher level of scrutiny and has more to live up to.

Ryse: Son of Rome suffers from the dreaded problems that previous launch titles such as Perfect Dark: Zero did back on the Xbox 360 in that it looks great and can really show off what the new hardware can do, but there’s not much depth underneath that attractive surface. 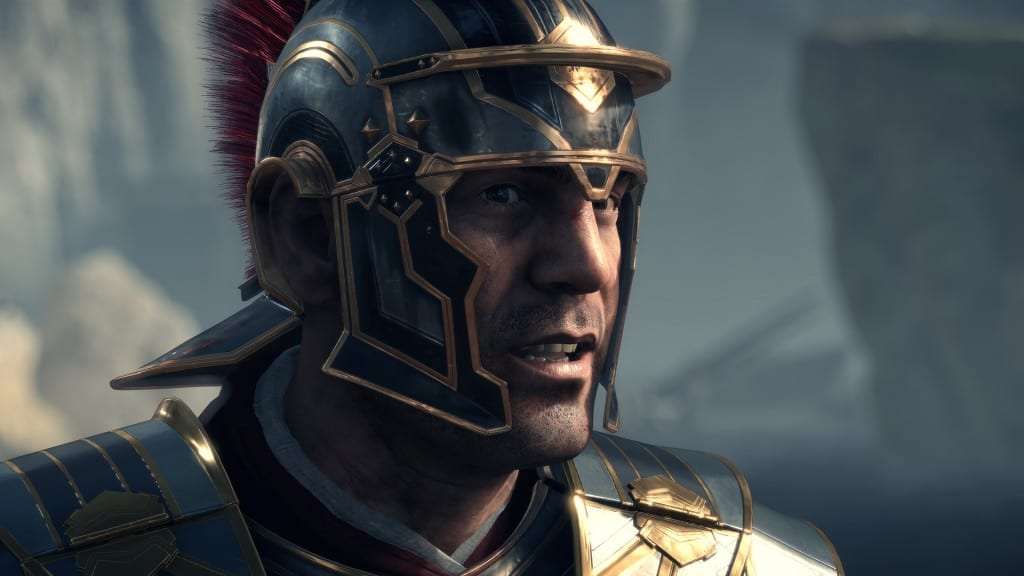 You play as Marius, a Roman general who rescues Emperor Nero from a barbarian attack at the beginning of the game and once they’re safe, Marius decides to tell the Emperor almost the entire backstory of his military career up until now.

Putting aside the historical inaccuracies (Nero really died at age 30 while in Ryse he’s much older), the plot is thin and forgettable overall but definitely has a few moments that you will remember, notably the final two chapters ramping up the action and intensity, which isn’t a bad thing.

Ryse came under a lot of flak when it was first shown in June at the E3 Expo, with critics saying that it was nothing but a glorified quick time event simulator, and one way that developer Crytek (Crysis) tried to deflect that was to remove the X and Y button prompts from the game and replace them with the buttons’ colours instead. 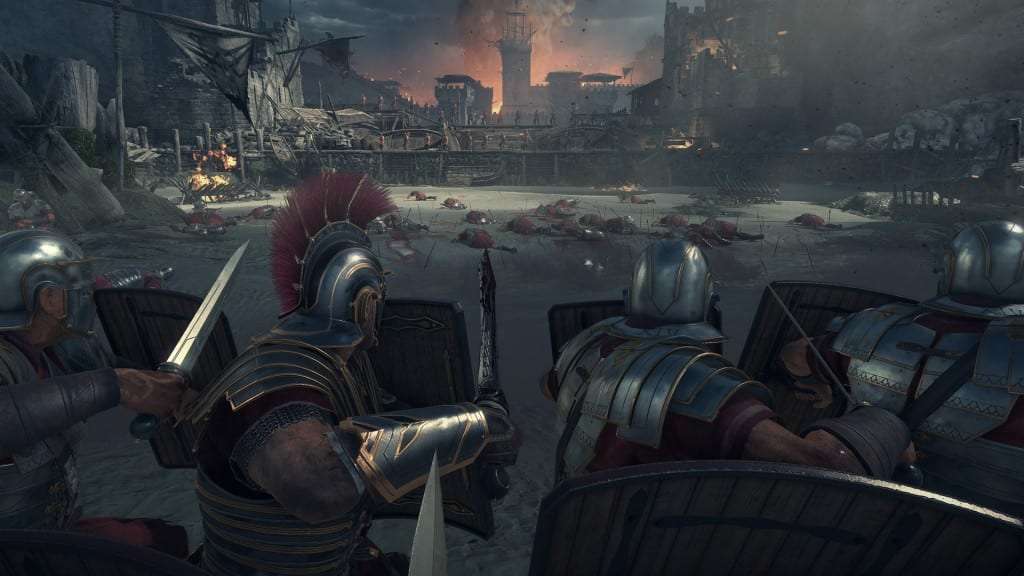 When you perform an execution, the enemy will have a blue or yellow glow around their body, indicating to you whether to press X or Y. On first impressions it does look far too simple, and considering that Marius will finish the execution even if you don’t press any buttons is a bit silly.

But in reality, general combat and the executions can be as complex or simple as you want them to be. You’re executions are ranked based on how well-timed your button presses are, so if you wait too long to press X that’ll result in a Recruit or Soldier execution, whereas if you time it just perfectly you can get a Centurion or Legendary level execution. 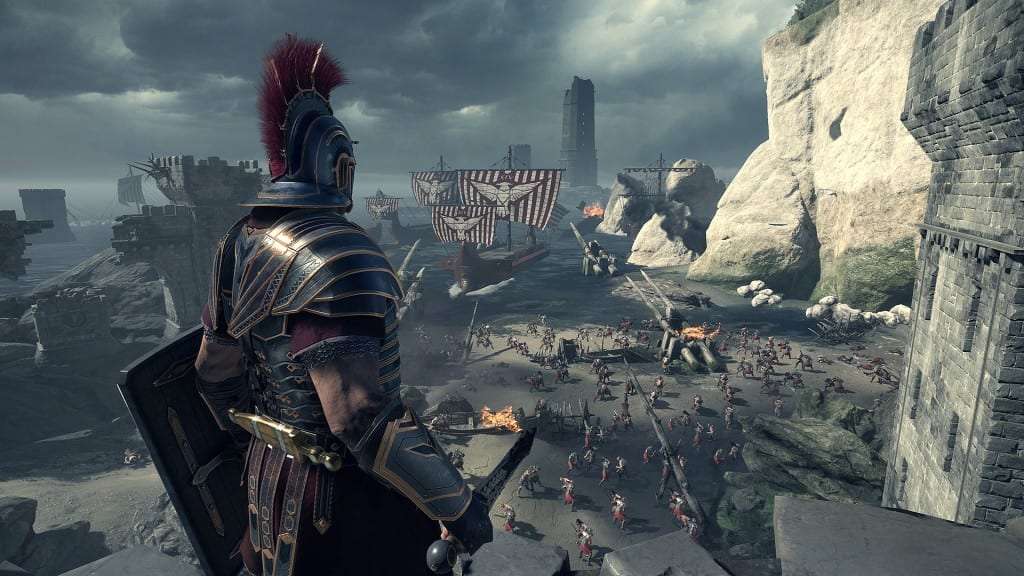 This lends a level of depth to the combat that isn’t obvious at first, but it forces you to really watch how Marius and the enemy are moving and you have to actually think logically and guess which button to press ahead of the prompt. It’s simple if you want to be but deep and rewarding if you put the effort in.

Using the Kinect sensor, you can also shout commands at your troops and there are some points where a tad bit of strategy comes into play, such as where to position archers for cover etc. Some sections see you link up with your men to form a shield wall to advance towards enemy archers which makes a nice change to combat.

Ryse is probably the best looking launch game on Xbox One, on par only with Forza Motorsport 5. The detail on characters’ faces, skin and clothing has to be seen to be believed and I genuinely said ‘wow’ out loud more than once during the game. 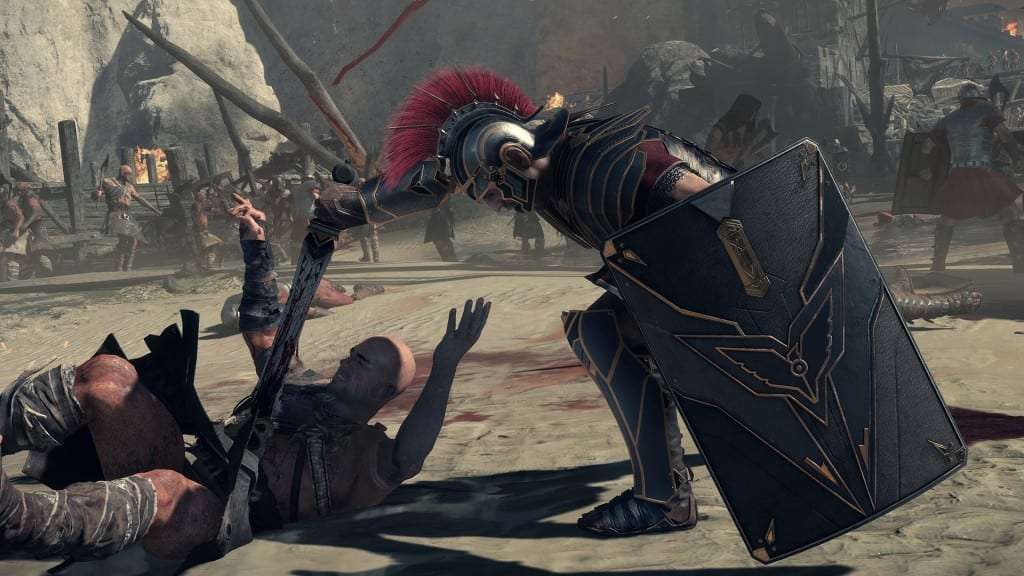 Ryse has one major downfall and it’s that the game is simply too short. I managed to complete the entire campaign on hard difficulty (I was thinking it would take longer) in around 7 hours.

There is an online multiplayer mode for two gladiators to fight waves of enemies in the Colosseum which is a lot of fun to play, but lacks any story element to it so the replay value is diminished. The mode can also be played solo offline and gold is earned at the end of each round which can then unlock booster packs containing new helmets, shields or swords etc. The multiplayer mode is a nice addition but only those truly focused on levelling up and acquiring new gear will have the desire to come back regularly.

Ryse: Son of Rome is too short on length and too light on story, but has absolutely stunning visuals and depending on how you look at it, a great or boring combat mechanic. If you have an Xbox One right now, you should at least play Ryse once, even just to glimpse the future of this console generation.