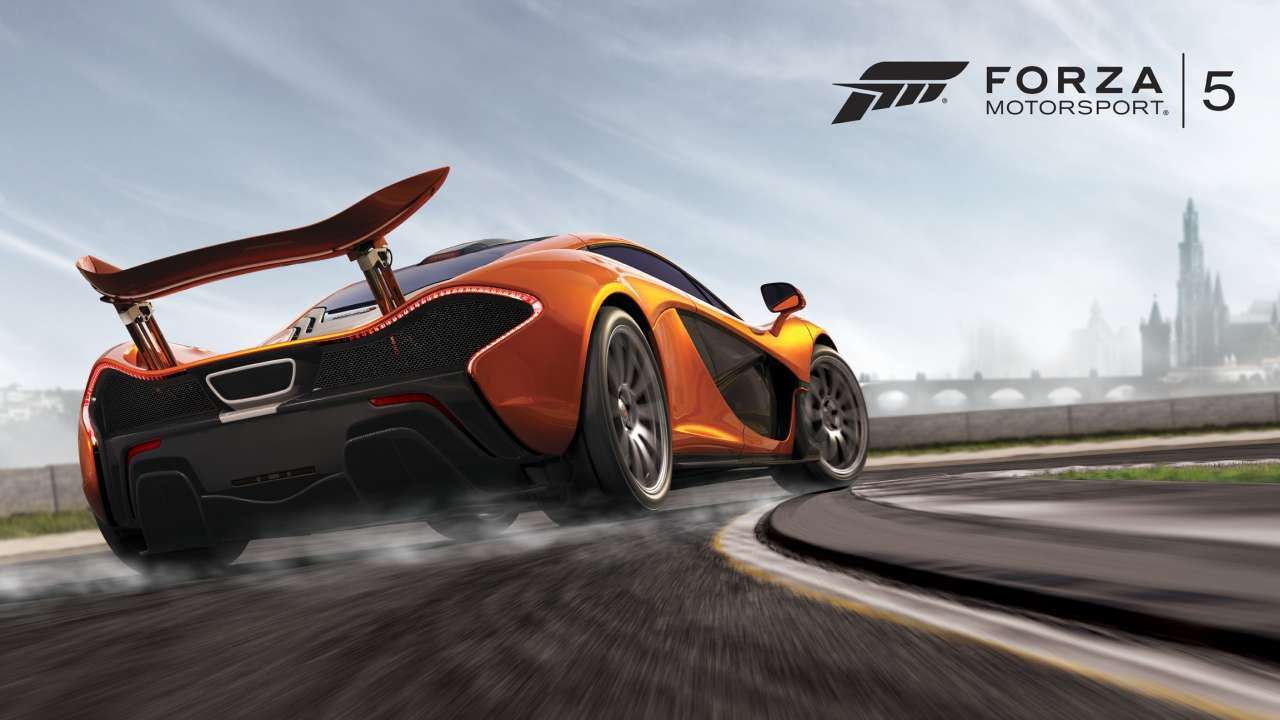 The opening montage narrated by Top Gear’s Jeremey Clarkson speaks volumes as to who this game is for. That said, even someone who isn’t particularly crazy about cars will still find a lot to love with Forza Motorsport 5.

There’s a couple of hundred cars in Forza 5, each one of them painstakingly detailed perfectly like their real world counterparts. If you own a Volkswagen Golf for example, you’ll find that the Golf in the game is pretty much identical to yours.

Unfortunately there’s only 14 circuits to race on, which while it may sound like a lot, after a few hours of racing, you’ll have been around every single circuit more than once. This is one of the biggest problems with Forza 5 as after the third or fourth time around the same circuit, you almost know the course off by heart, making the challenge significantly lower.

There are a number of ways to increase the difficulty however, such as turning off steering assists or automatic braking. The more assists you turn off, the more credits you earn at the end of a race. 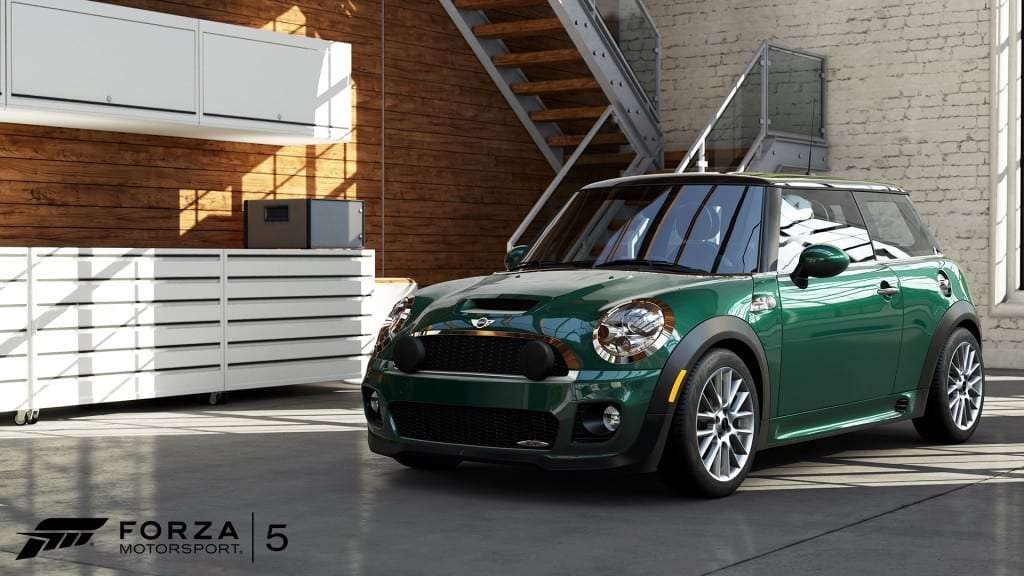 Credits are used to buy new cars, upgrades and even to make cosmetic changes to your vehicles. Depending on where you place at the end of a race, you’ll earn more or less credits.

Perhaps the coolest new feature to the Forza series and the one true next-gen aspect is the Drivatar system. The game learns how you drive and then while you’re offline, continues to race your Drivatar against your friends and random players around the world which earns you credits. The upside to this is that you’re never ever racing against the computer AI, in every race you’re up against your friends’ and other players’ Drivatars. This brings a level of unpredictability to each race as some of your friends might like to ram you off the road, or cut you off on the inside. It’s a great feature and makes you feel connected even while you’re not playing an online race. 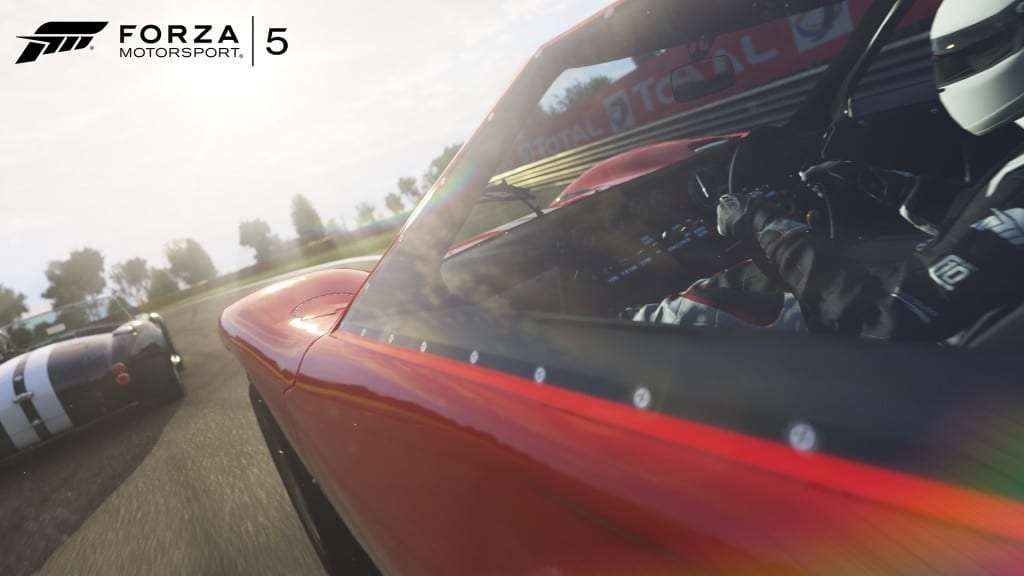 Forza 5 makes the best use of the Xbox One controller too, by using the rumble inside the left and right triggers, you really feel every bump in the road, hard brake around a corner or accelerating from the starting grid. The increased sensitivity in the thumbsticks also makes it easier for the tiny adjustments which can be crucial at high speeds.

The addition of the Top Gear content is nice, with each race series having its own intro narrated by either Jeremy Clarkson, James May or Richard Hammond and the Top Gear test track is also available to race on.

Visually the game is absolutely stunning, and proves that the Xbox One can handle 1080p games at 60FPS without a single problem.
Not once did the game stutter or slow down, even when there were sixteen cars on screen at once. It is without a doubt the most beautiful launch title on the Xbox One, edging out Ryse: Son of Rome just barely. The level of detail both inside and outside each car is mind-boggling, right down to the texture of the leather on the seats or the grooves in the wheels. 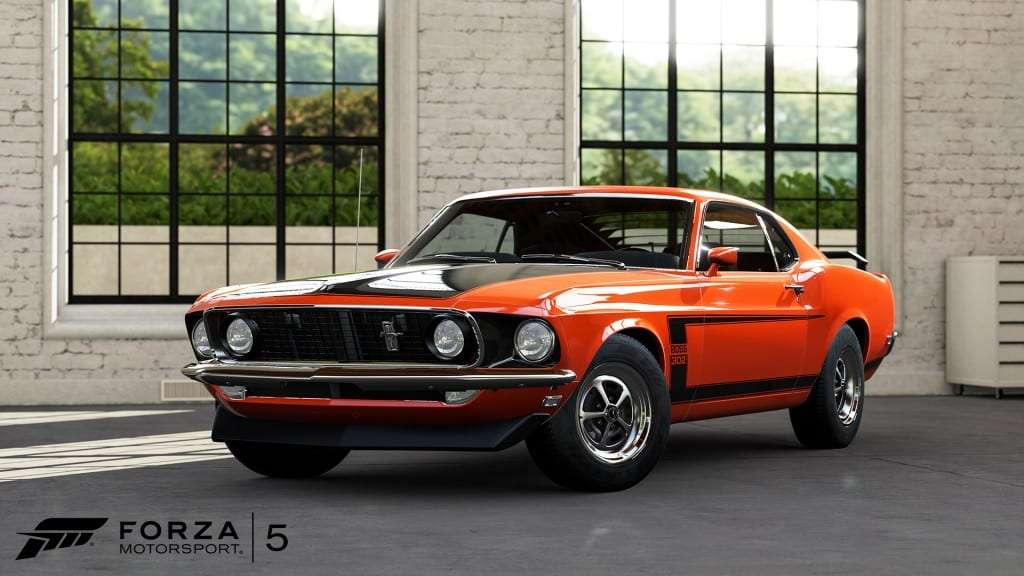 Every type of car is here too, from muscle cars to super sports cars and even the ‘everyday’ hatchbacks like the Ford Focus and VW Sirocco.

Forza Motorsport 5 is a must have for any car lover, but anyone can find a lot of fun to be had with it. The number of circuits is far too low which can make the game feel repetitive quickly, but the excellent Drivatar feature and stunning visuals more than make this game worth playing.