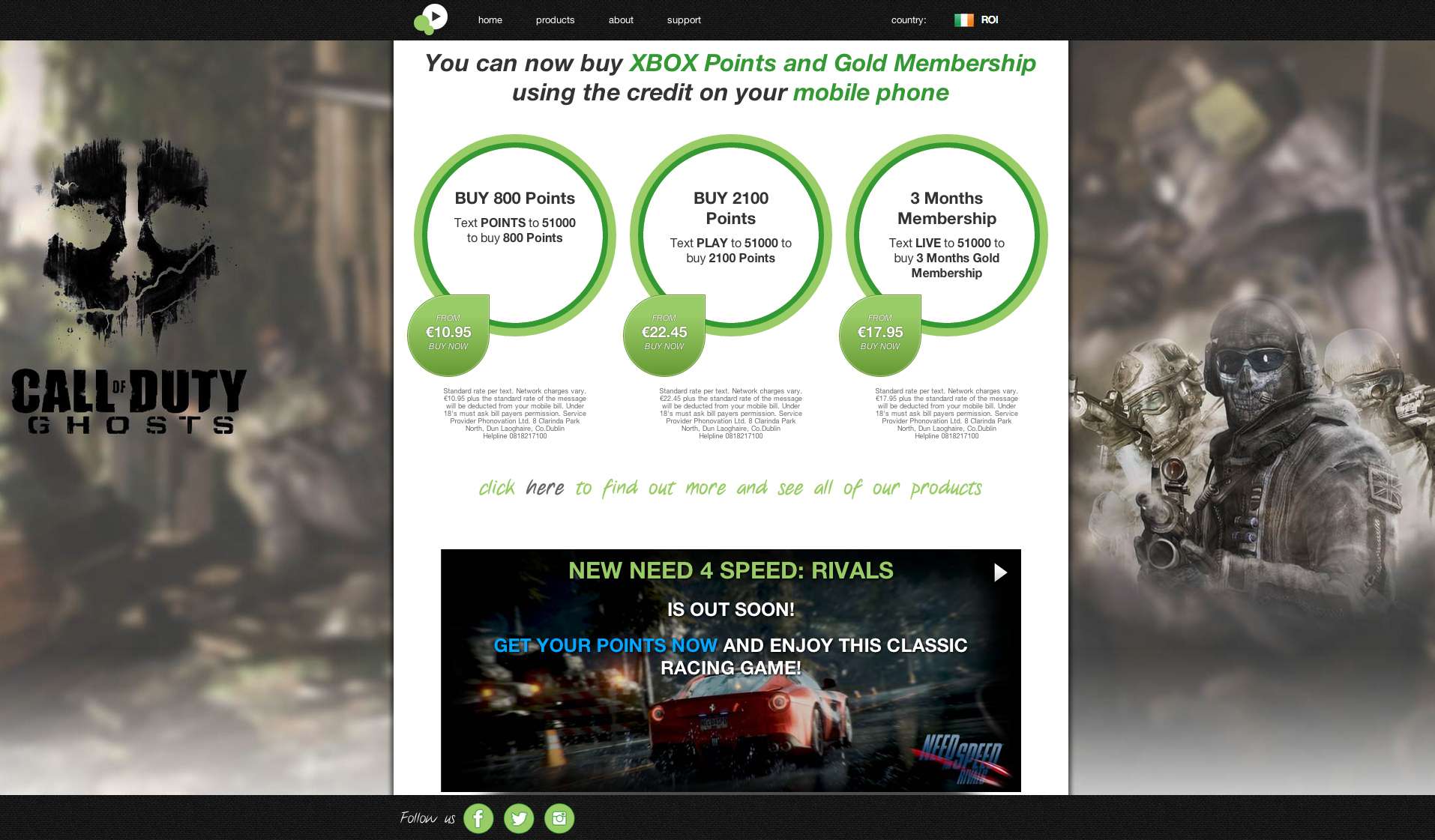 Purchase Xbox Points and LIVE Subs Without Ever Getting Up Again

Couch potatoes of Ireland can start rejoicing now: You can now purchase Xbox Points and LIVE Gold Subs without ever having to leave your sofa again… Okay I know it’s lazy but honestly it does annoy me having to down the controller and trek to the shop every time I want to buy the latest DLC for… well which ever game I am slogging through that week/month. Luckily an Irish company called Phonovation has heard people’s cry’s for help and set up Buygamecredit.com (originally Buygamepoints.com), which allows you to buy Xbox Points and Xbox LIVE Gold Subscriptions through your mobile phone.

Previously the only way to purchase Xbox Points was through local stores, or by setting up your LIVE account with a credit card – not an option to those of you who don’t own one or who prefer not to purchase items on credit. But with Buygamecredit.com you can make your purchase in two simple way – by sending a standard rate SMS or entering your mobile number on buygamecredit.com. After which you’ll instantly receive an activation code. See simple! 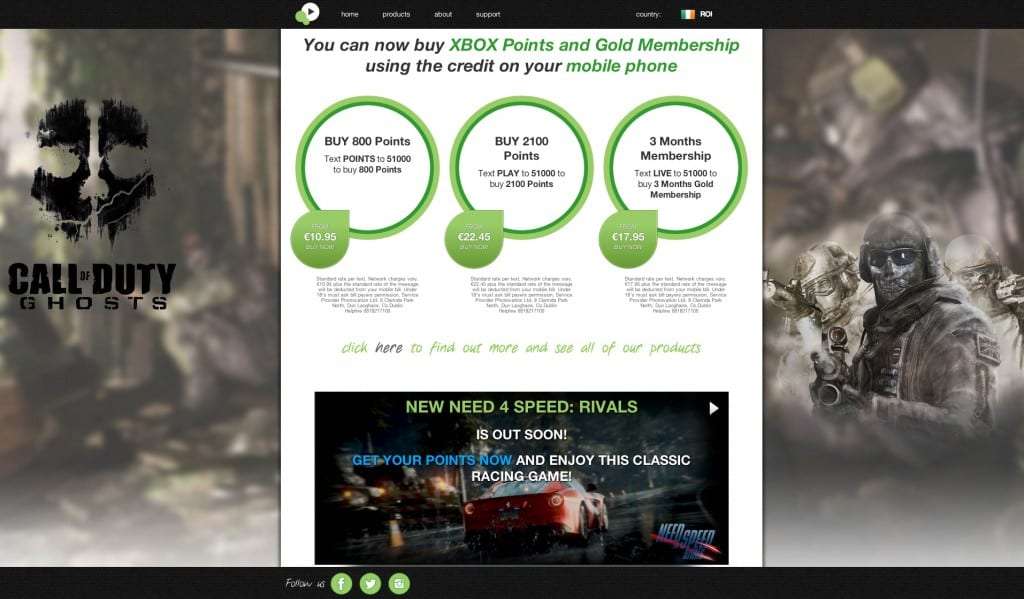 Gavin Carpenter, Sales Director of Phonovation pretty much summed it up when he said:

“This service is all about convenience, simplicity and immediacy. Without ever having to leave the house, or the couch for that matter, customers in these countries can quickly and securely purchase Xbox LIVE Gold Subscription and Xbox Microsoft Points in a few clicks on their phone or PC,”.

Honestly I’m a big fan of this service for two reasons. Firstly I’m not lazy per say but I do hate stopping mid-play to run down to the local GameStop to get points and secondly, the guys are Irish and I’m always happy to showcase and support local entrepreneurs and businesses.

For those of you outside of Ireland fear not, the service and has been extended to 19 new countries as of this month, which include: Austria, Belgium, Canada, Czech Republic, Denmark, France, Germany, South Korea, Netherlands, New Zealand, Portugal, Saudi Arabia, Singapore, South Africa, Spain, Switzerland, Turkey, United Arab Emirates and the United States. The expansion follows a highly successful UK and Ireland roll out in May followed by Norway and Sweden in August.

So if you’re sitting at home on Christmas day and need some points or a Gold subscriptions, here’s the details:

So now you know guys. Head over to Buygamecredit.com for more details