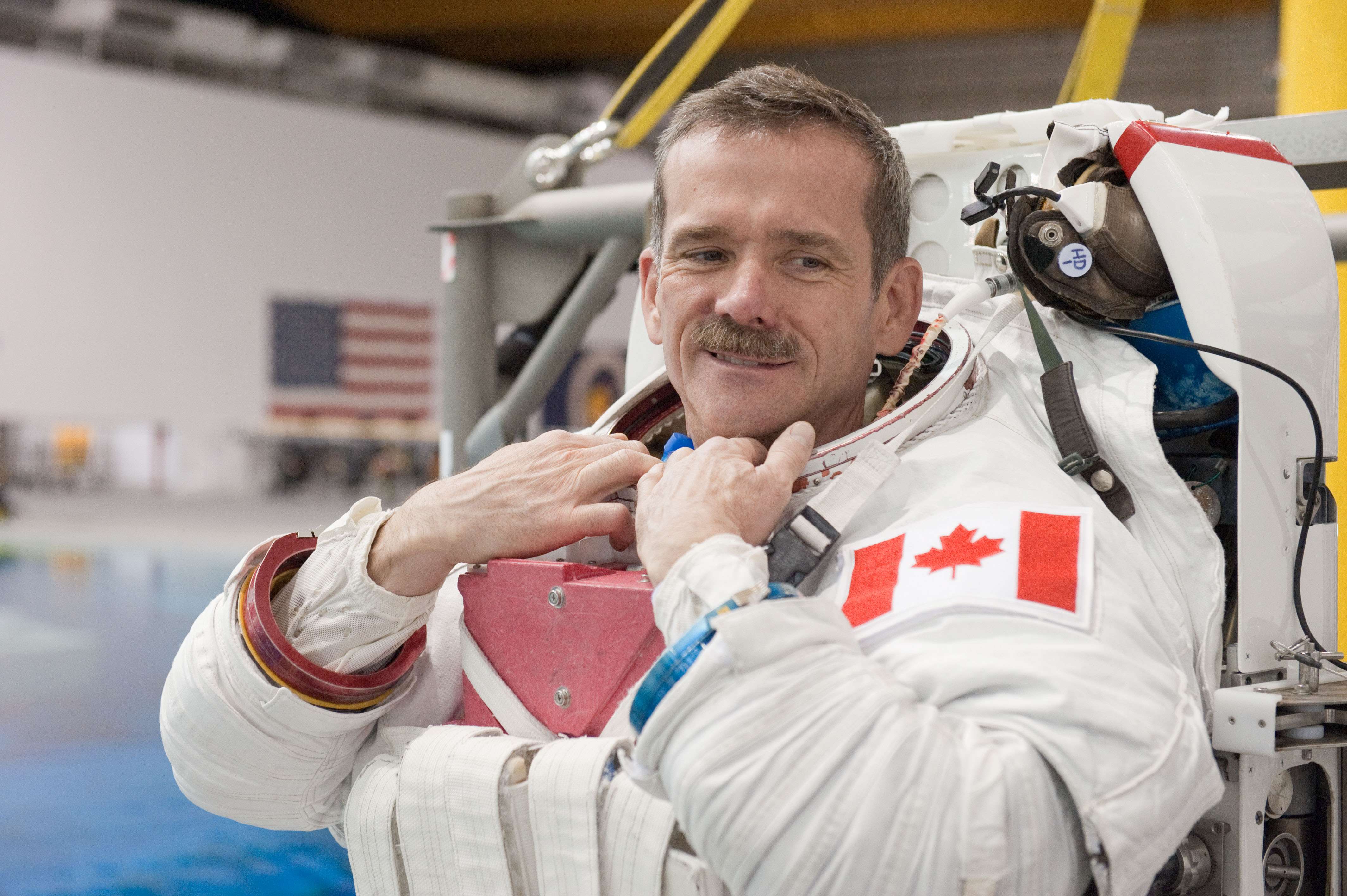 Fancy meeting Colonel Chris Hadfield made famous by his interstellar rendition of Space Oddity or seeing Dr Who’s Dalek and Star Wars R2D2 go head to head in a battle of the robots?  Then the BT Young Scientist & Technology Exhibition 2014 is where you should be this January. Open to the public from Thursday, 9th – Saturday, 11th January you will also find 550 projects from Ireland’s brightest young minds competing for the coveted title of BT Young Scientist & Technologist of the Year 2014.

This year the exhibition celebrates its 50th birthday and we want you to come down and celebrate with us.

Colonel Chris Hadfield, the Canadian astronaut made famous by his interstellar rendition of David Bowie’s Space Oddity, will be making a very special appearance at the exhibition on Saturday, 11th January to sign copies of his new book, An Astronaut’s Guide to Life on Earth.

In addition to the competition, shows include The World of Robots which brings together the best 100kilo combat robots that are better armed than a Special Forces unit. Dr. Who’s Dalek, Star Wars R2D2, Thor and World Champion Storm II are just some of the robots that will fight it out with spinning discs, razor sharp teeth, brute strength and no mercy, all inside a bullet proof cage. The Science Museum presents its ‘SuperCool’ Show, as well as 3D Theatre showing ‘50 years of space exploration’.

All shows have scheduled times each day the exhibition is open to the public including Thursday 9th – Saturday 11th January with large capacity venues throughout the RDS.

Returning due to popular demand is the 8ft tall giant, Titan the Robot who will shock audiences as he ‘fires up’ and comes to life.

The BT Young Scientist & Technology Exhibition, hosted by TG4’s Roisin Ni Thomain and broadcaster Aidan Power, will be open to the public from Thursday 9th – Saturday 11th January 2014. Tickets are available at the door costing €6 for students, €12 for adults and €25 for a family pass.