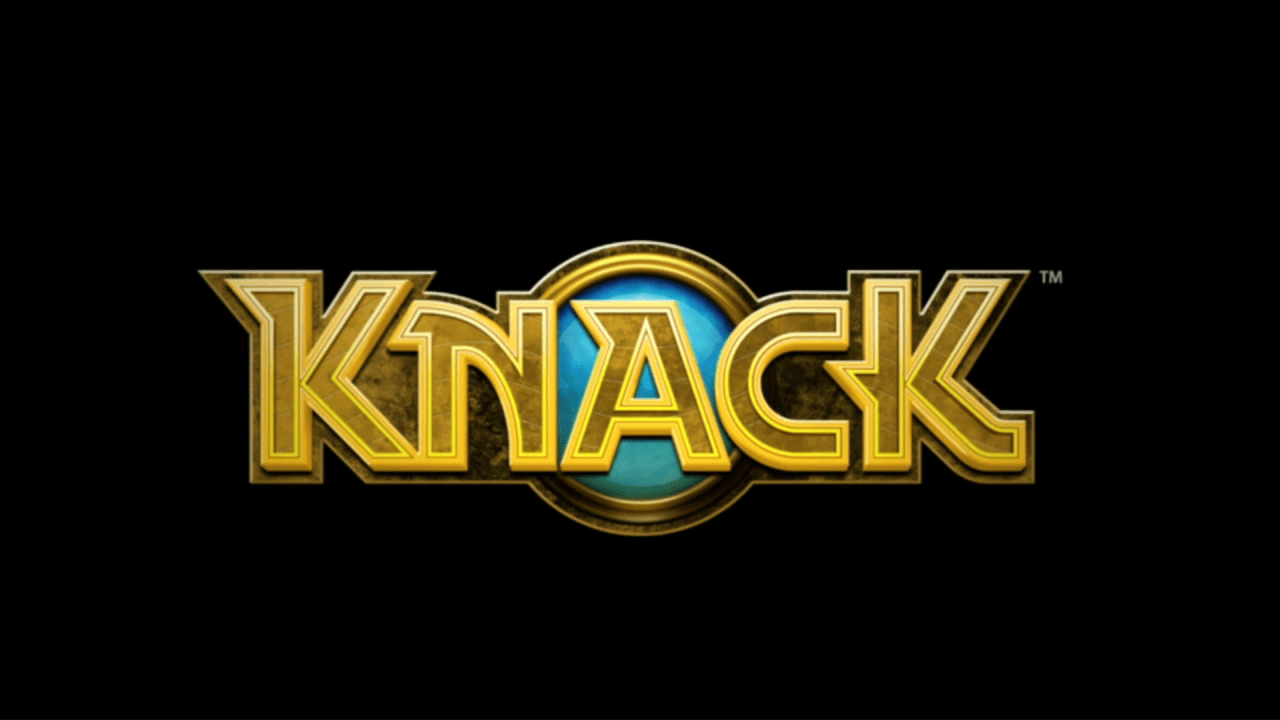 Since the PlayStation 4 was announced I was waiting for Knack to arrive. I’ve always loved the platform type games along the lines of Ratchet and Clank and when Sony unveiled Knack at their launch event, it was kind of a deciding moment for me to abandon my Xbox days and move over to the Sony camp. Because the PS4 came out in the USA before it did over here, I had read some reviews and heard something’s about Knack that made me a little uneasy, but I decided not to let that sway me and I hunkered down and got stuck in. While I will admit that Knack does have some issues, they didn’t deter me and I had a fantastic time with this game. 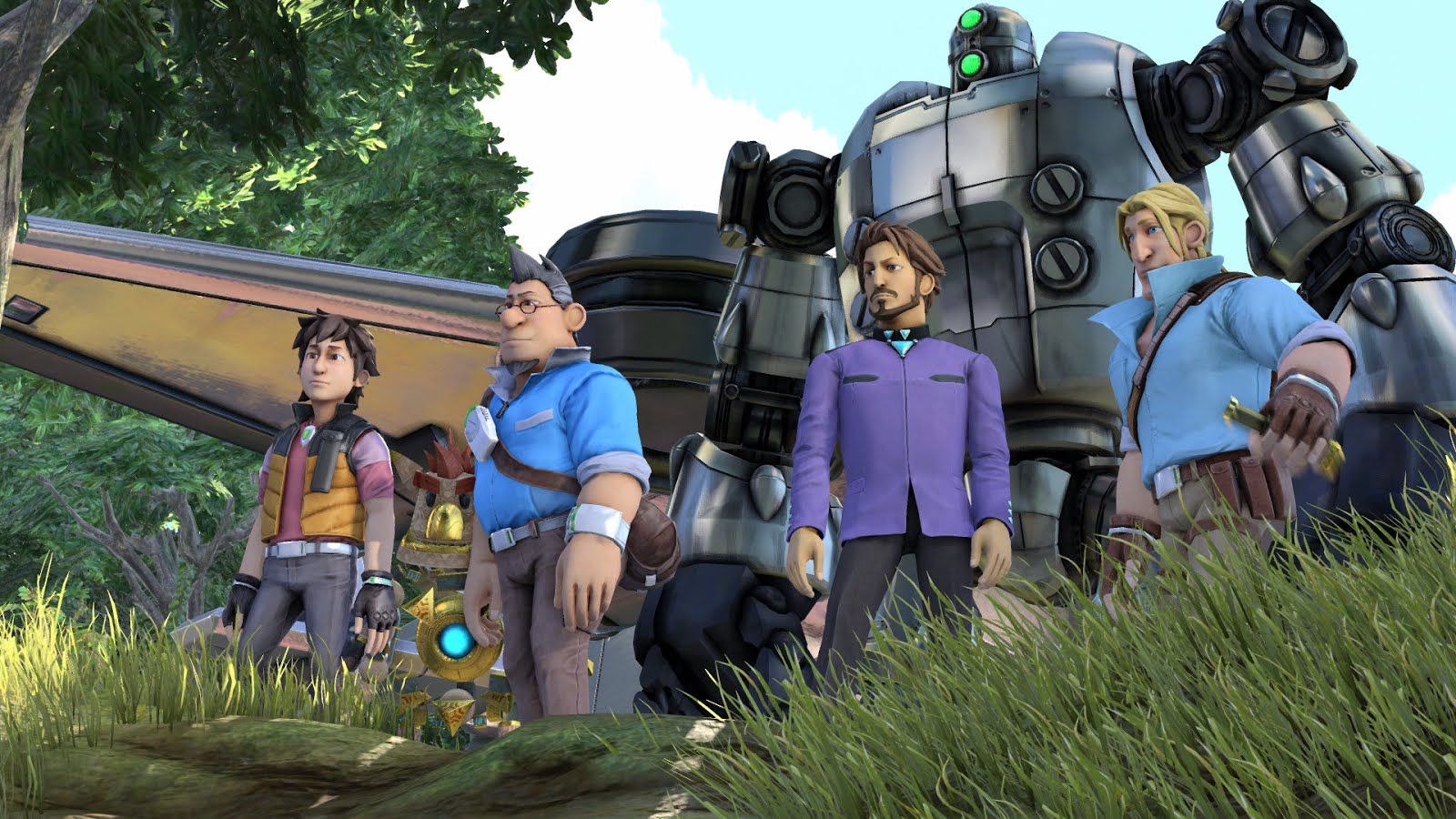 Knack is set in an alternate universe where everything from cars to planes to houses are all powered by relics. And thanks to Dr. Vargas, so is Knack. In this universe he is a one of a kind ‘experiment’. The human populations are having issues with the Goblins and there is a bigger and bigger war brewing. So far the Goblins have been relatively easy to control, but after the last attack where they were outfitted with tanks, armor and all sorts of weapons, the heads of the world got together to try and solve the problem. Others brought forward robots to try and combat the situation and Dr. Vargas brought forward Knack.

While mocked at first, once Knack proved himself and showed off his awesome ability to ‘absorb’ other relics and grow to unthinkable sizes, people soon came round to the idea of letting him head along on the adventure. 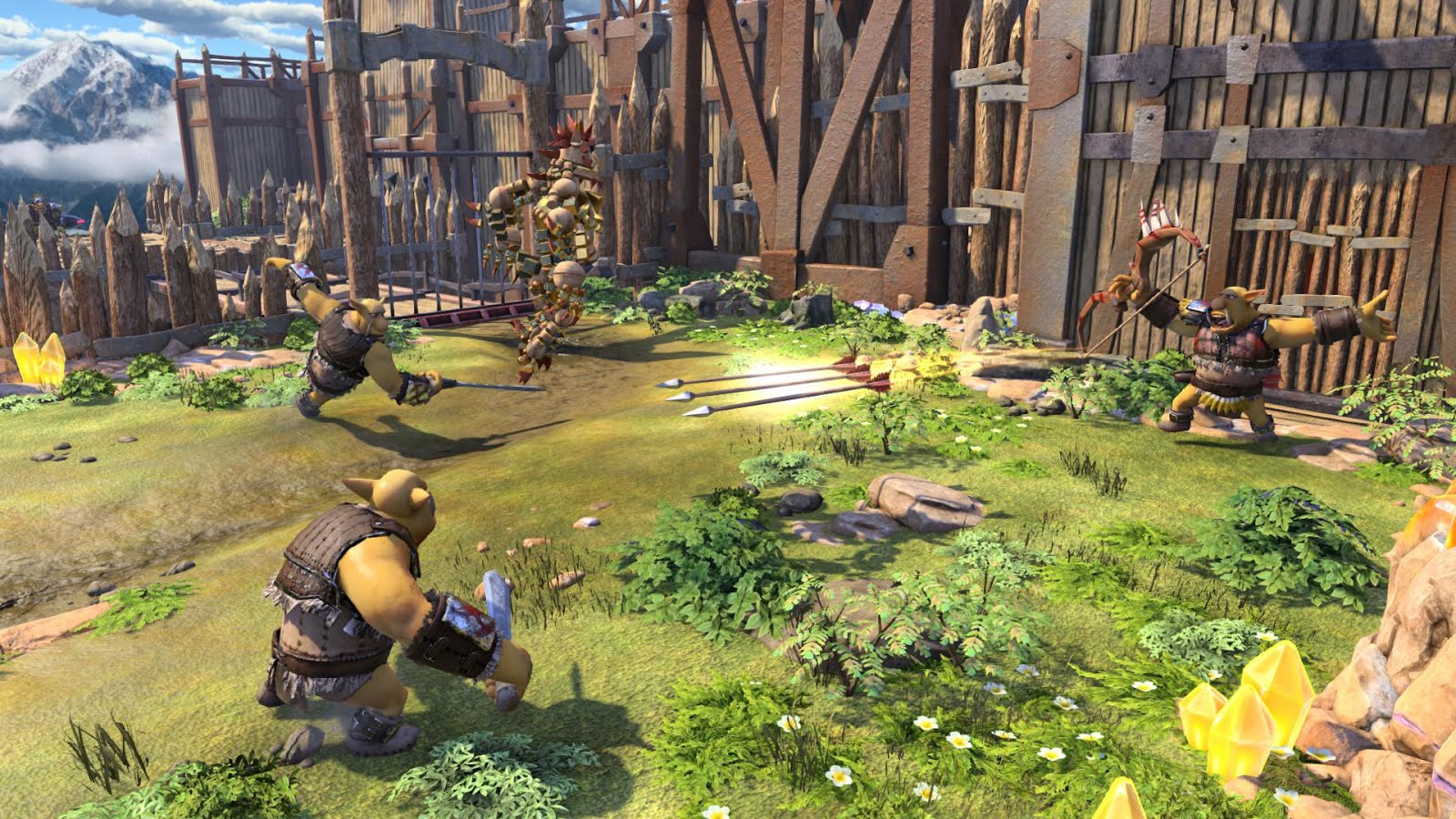 The game play is definitely one of Knacks ‘issue’ areas. First off it’s almost 100% linear. While you can venture slightly off path to discover hidden treasure chests, you’re always brought back on track to stick to the developer’s path.

On the note of Knack growing nice and big, again this is controlled. You will only do so when you are meant to. By that I mean, you can’t just pick up any / all relics lying about, they are placed where they need to be in order for you to grow / shrink for the next section of the game.

In terms of difficulty, I initially started Knack on ‘normal’ difficulty but quickly got very frustrated with how easily I was being killed. I even had a friend try play a bit on ‘normal’ mode and he also commented on how easily he was being killed. So with that, I went back to the start and decided to play it on ‘easy’ mode and boy am I glad I did. It made the whole thing much much more enjoyable and a game I looked forward to playing in the evenings after work.

Its your basic platform style game play. Move forward, jump if required and kill anything that moved! I love these types of games and while I can see why some people gave out about Knack, for me playing this game was something I really enjoyed 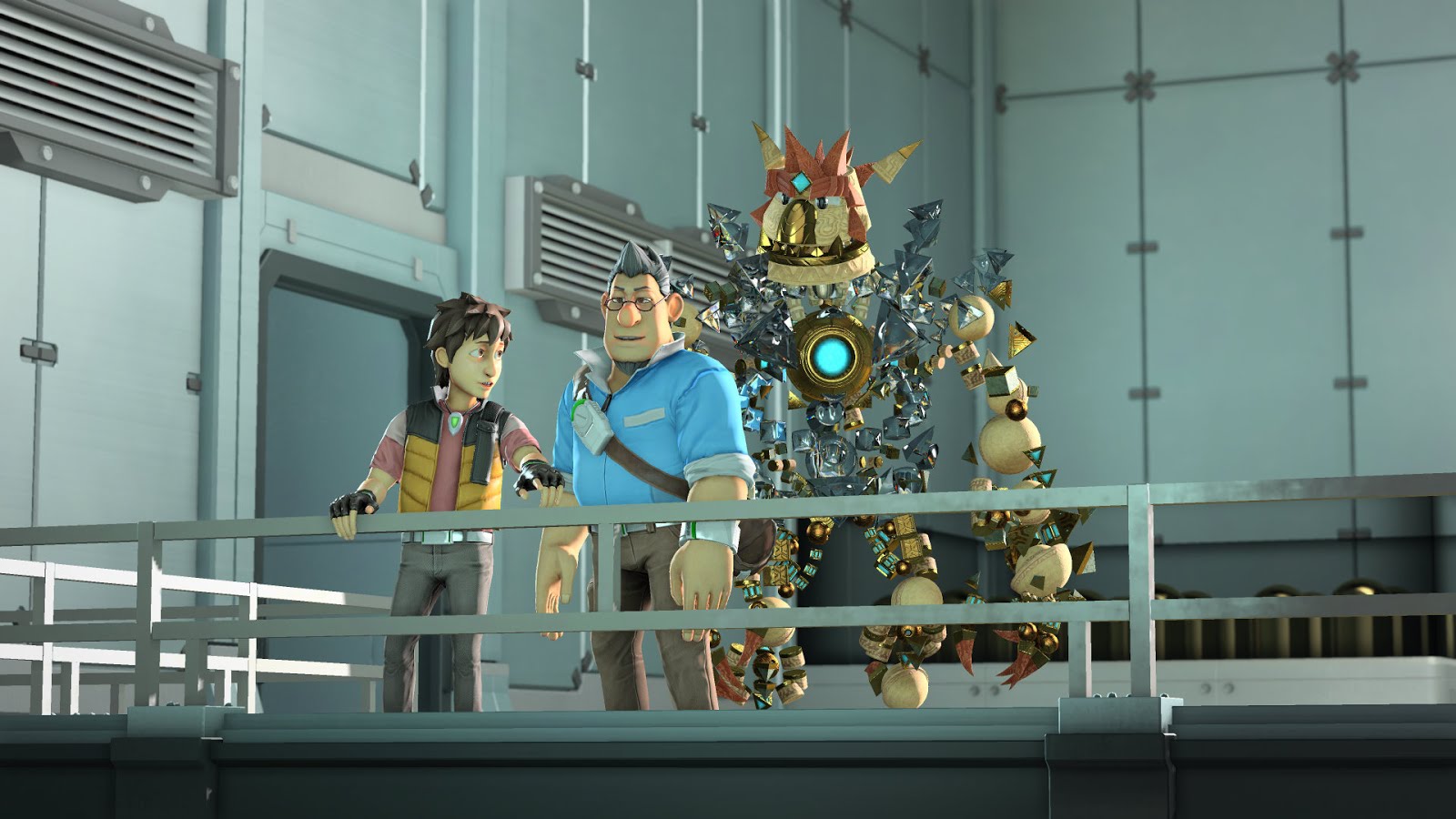 The Graphics and Sound

Knack looks like a Pixar movie. It’s a beautiful looking game for a launch title. The lighting, shadows and details are all very impressive. No matter what size Knack is, you can see the shadows of the individual relics that makes him up. Moving from cut scene to in game was something that could be easily missed. The cut scenes look like a high quality CG TV Show / Movie and I was transfixed on the character and they style that Studio Japan had created.

There’s not much else to be said about the graphics really other than If they decide to proceed and make Knack 2, I can only image how good that game will look.

As for sound, I’m running my PS4 through a pretty decent AV Amp and have the PS4 set to output DTS Surround sound and once this was all setup, Knack sounds amazing. You can hear all the echoes in the cave sections and the wind whipping around you in the big open areas. As Knack gets bigger, his voice also gets nice and deep and makes use of the subwoofer nicely! 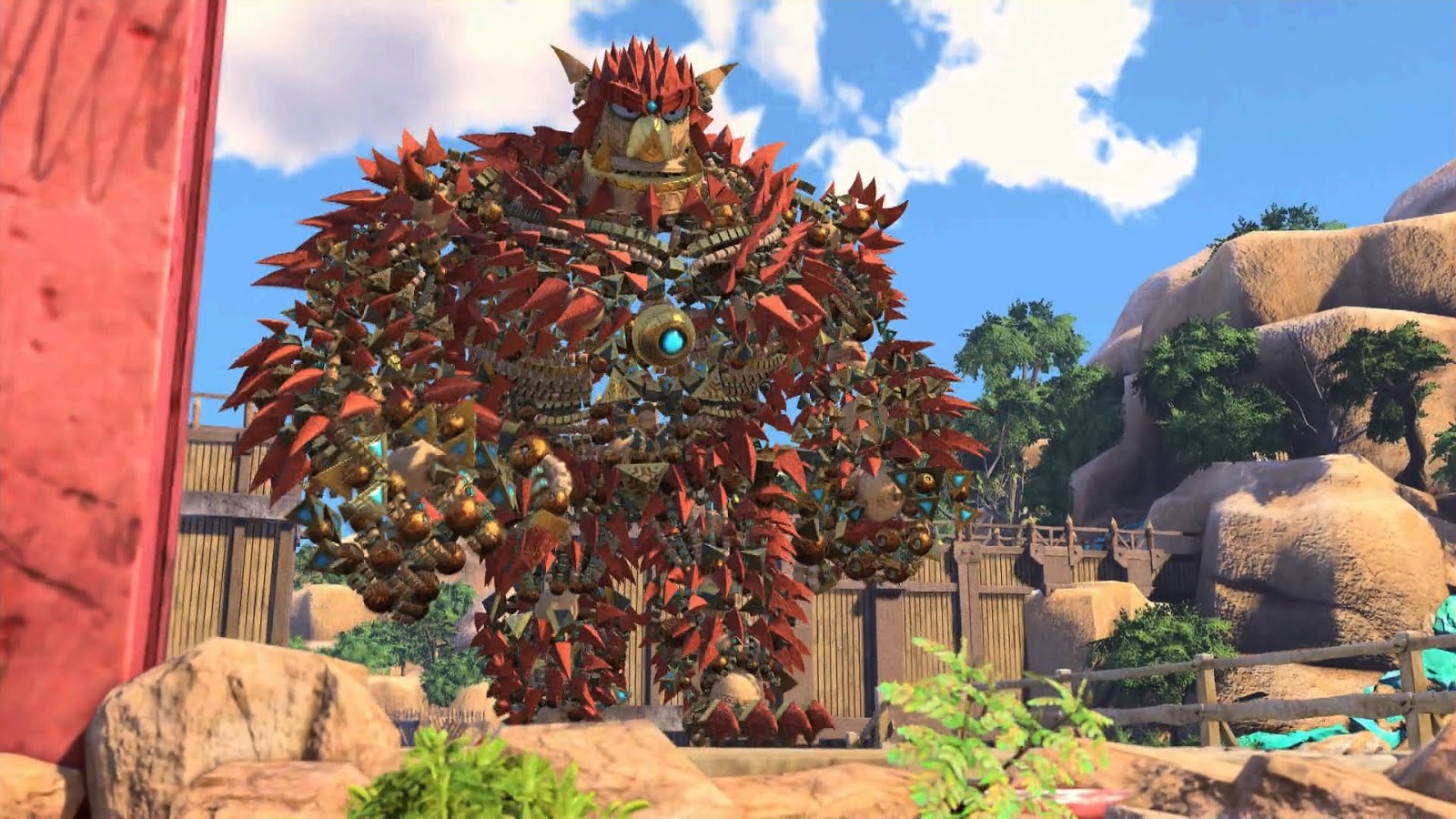 Overall, I loved Knack. The fixed linear gameplay might put some people off and the fact you’re so easily killed on ‘Normal’ mode is a bit frustrating, this didn’t put me off really enjoying my time playing Knack. I stuck with it right to the end and I’m glad I did!