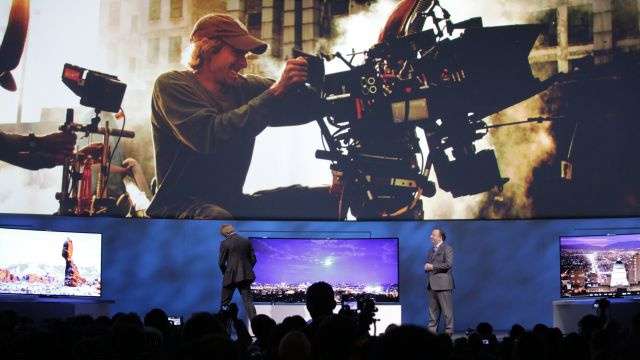 He was there to promote Samsung’s new curved UHD TV’s and after a teleprompter mix up, he straight-up stormed off stage, leaving the audience wondering was this part of the act or not.

After what seemed like the longest awkward silence ever, it turned out it wasn’t planned and was super cringey and hard to watch. Check it out above if you can stomach it.

Bay as posted an official word on his blog explaining the whole situation.

Wow! I just embarrassed myself at CES – I was about to speak for Samsung for this awesome Curved 105-inch UHD TV. I rarely lend my name to any products, but this one is just stellar. I got so excited to talk, that I skipped over the Exec VP’s intro line and then the teleprompter got lost. Then the prompter went up and down – then I walked off. I guess live shows aren’t my thing.

But I’m doing a special curved screen experience with Samsung and Transformers 4 footage that will be traveling around the world.