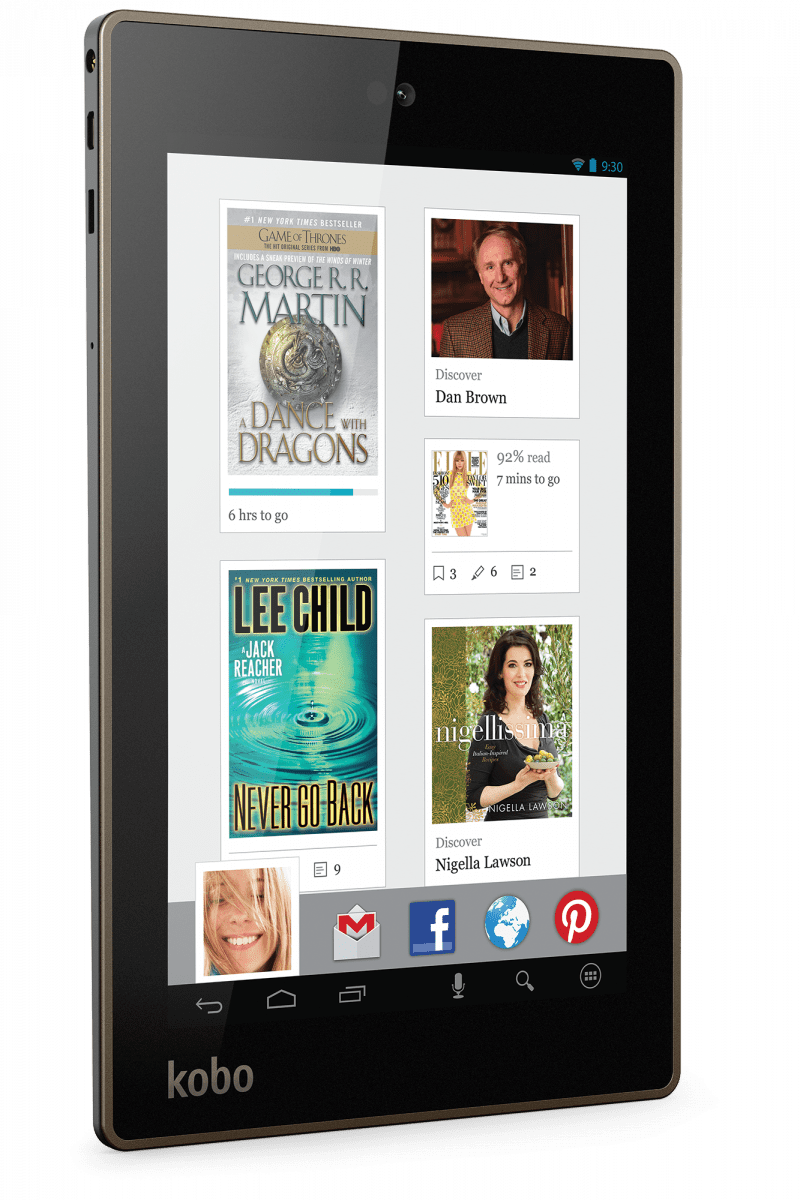 Mention the name “Kobo” in a room in Ireland and you’ll probably be met with a load of blank stares. It’s true that Kobo’s not the most well-known tablet/e-reader manufacturer in the world, but truth be told, it is one of the more prolific and best

The Arc 7HD in my opinion is something to look at.The square form factor is nice and while it may not be the slickest looking tablet per say, the frame gives you somewhere to put your fingers and not worry about your fingers leaving smudges.

Along the bottom bezel, you’ll find a small white Kobo logo and on the top bezel, you’ll find a nice 720p camera for some handy hand-held Skyping. Along the top, you’ve got the power button, with the headphone jack placed on the side of the device somewhat strangely, just next to the volume rocker. On the bottom is a micro-USB socket for charging and connecting the tablet to your computer. (Kobo gets some points for not going with a proprietary charger here.)

That’s the good news. The less than awesome news is that Kobo went with an older 1.7GHz Tegra 3 for the 7HD’s brains. Not a bad processor, just obviously not cutting-edge. Also, the 7-inch tablet includes only 1GB of RAM — unlike the Nexus 7’s 2GB but unless you’re a heavy-duty user none of this will matter. The Arc handled pretty much everything we threw at it. And while the memory’s not expandable, the 16 to 64GB of built-in storage should be sufficient for most folks.

Here’s something the Arc’s got over its Kindle competitor; a full Android experience. Unlike the Fire, which has skinned Google’s mobile OS beyond recognition, there’s some very clear evidence of Ice Cream Sandwich running here. Perhaps even more significant is the fact that you’ve got unfettered access to Google Play.

Kobo applied a few customization’s on top of Android.The reading features are the main adjustments that Kobo have made to the stock Android. Kobo’s devoted bookstore offers up a purported 3 million books — around a third of which are free. We found most of what we were looking for, but as with all major e-book stores, there are still plenty of titles that haven’t made the jump from the physical medium. While the store might not be great for comics, you can always head over to Google Play. All of this brings up an interesting conundrum: while choice is great, it can be a bit of a pain relying on different sources. Given Play’s selection of apps and multimedia, however I can definitely see plenty of users eschewing proprietary content for Google’s offerings.

There Android devices traditionally have five screens across to host apps and widgets, the Arc 7HD has only one, with a further two given over to your Kobo Library and Kobo Collections where you can store up all those eBooks.

This shouldn’t really be a problem unless you keep a lot of Widgets in view or like to split applications between discrete screens according to task or feature. 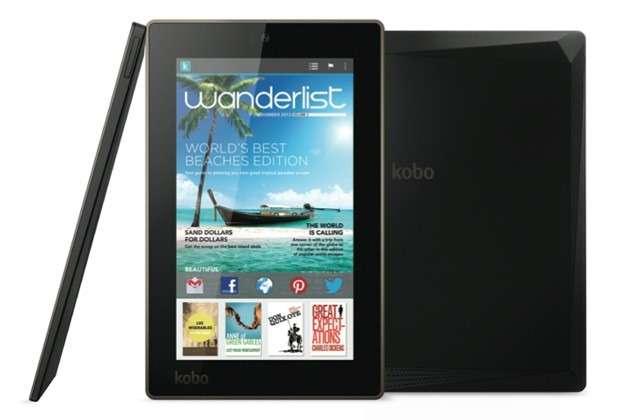 Back to what you’re perhaps most likely to use the Arc for: buying books and reading them on that full colour screen. The Kobo store is built-in, naturally, and the benefit of running an Android device rather than a hard-coded e-ink eReader is that you can buy from a rival (If you should so want), Amazon et al – simply by installing the relevant applications from Google Play.

These competitor-downloaded books will appear in their own environments, though, rather than Kobo’s own arrangement. And in truth it’s fairly unlikely they’ll stock any mainstream title you won’t find among Kobo’s choice of over 3.5-million volumes – almost twice as many as Amazon – but the benefits of not being locked in to a single platform speak for themselves.

Final impressions of the Kobo Arc 7HD are strong. It’s good-looking device, with a flat front, chiseled rear and rounded corner.There are two reasons why i’m drawn to the Kobo Arc 7HD over it’s competitors and why this will now be my eReader/tablet of choice.

First, it allows you to access Google Play without either rooting the device or side-loading applications. You’re free to do as you please, not locked down to shopping in Amazon’s own Appstore as on the Kindle platform.

Second, the price. At €149 for the 8GB model in Easons, it’s a great entry price tablet.

When considered on its own merits, and the price, the Arc 7HD is a great buy that we’ve enjoying using a whole lot. Its only real letdown – and this might be a deal-breaker for some – is there’s no possibility of 3G or 4G connectivity.