On this day, January 16th, 13 years ago, Wikipedia was released into the world. Created by Jimmy Wales and Larry Sanger, the site has saved countless essay-writing students and help diffuse many a debate (well in my house anyway.)

The word ‘Wikipedia’ actually comes from a portmanteau of the Hawaiian word for ‘quick’ and encyclopedia. In the las 13 years, the site has grown into one of the most used websites on the internet and there are now over 30 million articles on 287 languages.

The site hasn’t change much though in the last 13 years, it had become a little more minimalist but still has roughly the same layout. 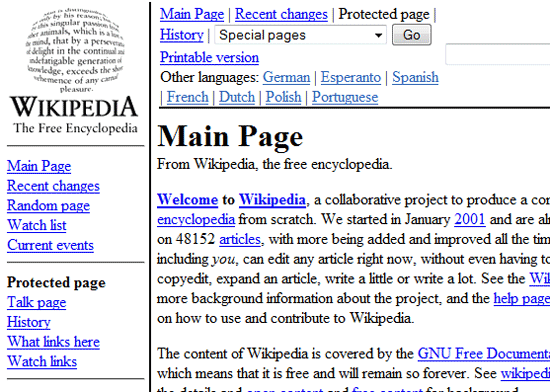 If you’d like to celebrate you could have a go at the Wiki-Link Game, but not at work, it will take up way too much of your time!