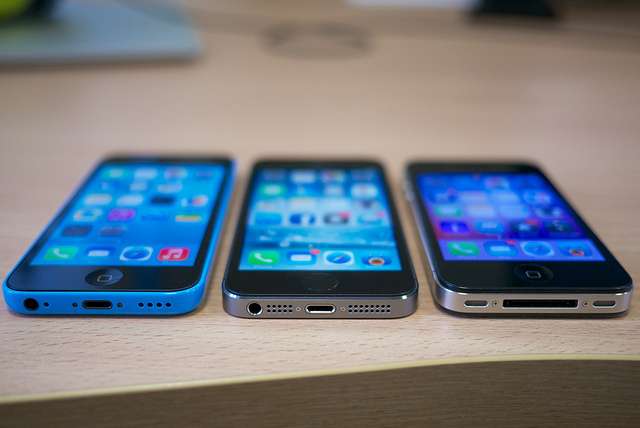 What are the Changes with the new iPhones?

The new iPhones – 5C and 5S — don’t just look pretty; they’ve also got advanced internal hardware running under their minimalist casing. According to Apple, the new phones reached nine million units shipped in their first weekend of sales. We’re sure that with their new features and ecosystem, this means changes to the applications as well. Below, we’ll show you the upgrades (and some downgrades) on the new iDevices and the latest iOS.

The phones may be new but some features stayed the same. App developers for iOS won’t have to worry about the screen size because both still have a four-inch Retina Display just like the 4S and original 5, as confirmed by O2. They retained the 1,136 x 640-pixel resolution for 326 ppi quality. Apple’s consistency in their displays is arguably why developers love to build iOS apps. For users, expect graphics to keep looking crisp and easy on the eyes.

The C shares the same memory and GPU as the 5. So whether or not you were satisfied with the previous flagship handset, expect the same performance on the C. It’s the S that has beefed up its insides. For graphics, it’s powered by the quad-core PowerVR G6430. Although its memory is still just 1 GB like the C and 5, it’s now much faster because it’s DDR3. Coupled with the 64-bit A7, our experience with the 5S on iOS 7 and apps have been smooth and snappy.

One tweak that developers will have to consider is optimizing their code to be 64-bit chip. Apple was proud to announce that their newest flagship will sport the A7 system-on-chip processor, which is a faster and stronger version of its previous A6. The new iOS 7 is also built with the new architecture, so if you want your apps to run as smoothly as iWork does, better recompile your code. It should be noddy work.

Along with the roll out of the new devices comes a new operating system from Apple – the iOS 7. As the manufacturer made a complete design overhaul it’s imperative for app developers to follow the pattern. Logos on the home screen must also have the same flat design. Colours must also match those of the neon colours of the iPhone 5C –pink, white, yellow, green, and blue.

Gamers and developers have another reason to rejoice because the 5S supports OpenGL ES 3.0. Now, 3D drawing is possible with the new phone. Complex shaders can now also be used for greater depth in apps and especially games. One way to check its effect is to move your Home or Standby screen in any direction. What you’re seeing is the new parallax effect applied by iOS 7 to the screen.

So far, those are the most significant changes we’ve noticed with the new iPhones, especially for developers. What do you think of the new iDevices? How will it affect your applications?

Jenni Birch is a tech aficionado and a fan of anything Apple, social media, gigs and music and mobile tricks. This Techie Doodlers correspondent has always loved playing mobile games and can always be found on Twitter and Google+.