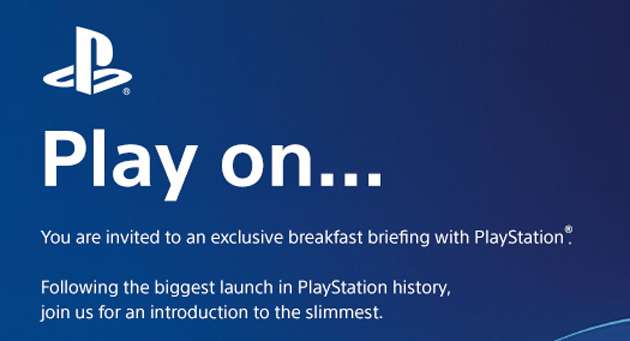 Speculation has gone into over drive in regards to Sony’s upcoming Playstation event, set to take place in London on the 30th of this month ‘for an introduction to the slimmest’.

Now what exactly they mean by that, we don’t know. We can definitely rule out a slim lined version of the PS4 seeing as it’s obviously only just been release so that leaves us with 2 plausible options, either we’re going to see the UK launch of the new slim-line PS Vita or it could be the launch of the PS Vita TV device.

Both devices are definitely slim, with the new Vita being 20% thinner than the current Vita and the Vita TV unit being only 13.6mm thick which is definitely slim if not, the ‘slimmest’. My money is on a European launch for the PS Vita TV but we’ll have to wait until Thursday to find out.