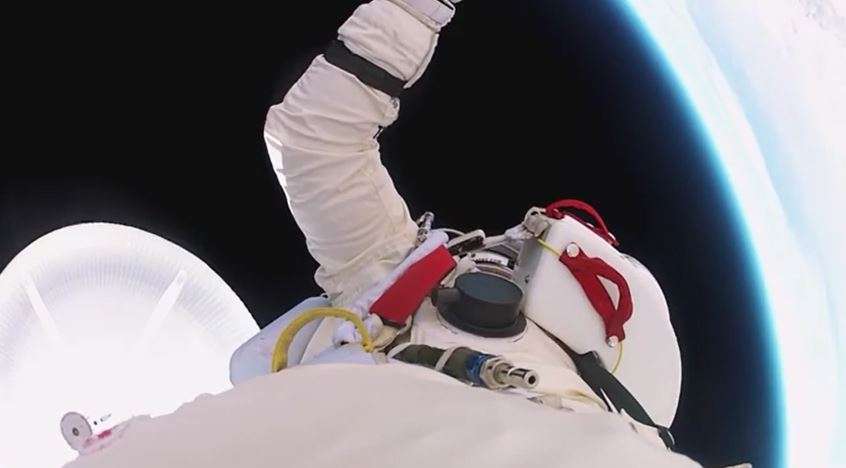 Austrian skydiver and all-round hero Felix Baumgartner jumped from the edge of space (or stratosphere if you want to be technical) back in October 2012, breaking three world records in the process.

Now, more than a year later GoPro has released new and unseen footage of the Red Bull Stratos jump which is from Felix’s perspective and shows us just how insane and scary the jump must have been for him, especially the uncontrolled spin he enters which nearly knocks him unconscious while falling at over 800 miles per hour.

“I wish you could see what I can see,” Baumgartner says in the video, just before he steps into the void. “Sometimes, you have to be up really high to understand how small you are.”

You may want to avoid watching this if you’re queasy/hungover/afraid of heights, otherwise, go full screen and HD for full effect and enjoy.