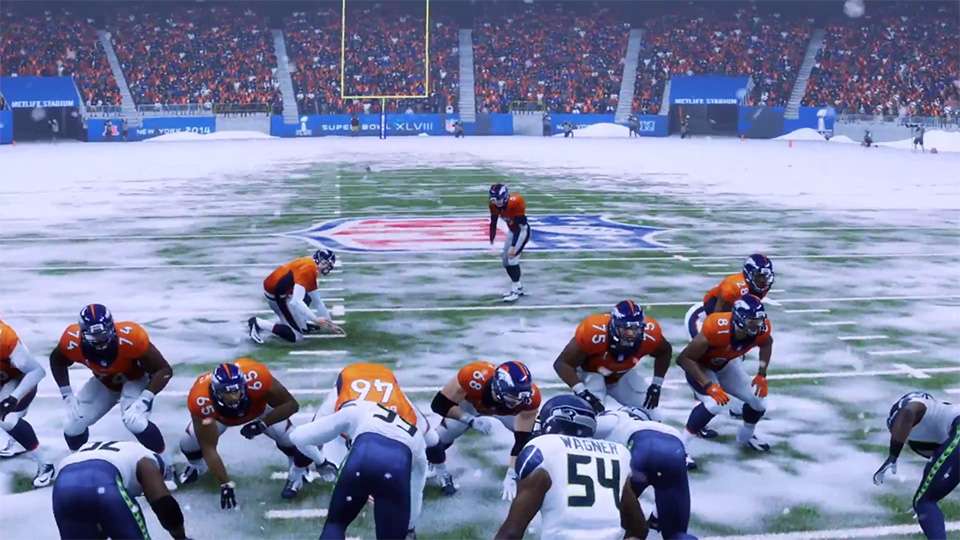 Every year, Madden NFL developer EA Tiburon pits the two Super Bowl teams against each other in the video game to simulate the Super Bowl and see what happens. This year, the studio played out Super Bowl XLVIII in Madden 25 on Xbox One, and the big game came right down to the wire.

EA Tiburon’s annual simulations have correctly predicted the winner of eight out of the last 10 Super Bowls, including the Baltimore Ravens’ victory over the San Francisco 49ers in Super Bowl XLVII last year.

So now to how the game played out… Well we not going to ruin the game for you. Check out the video above for all the crunch-tastic plays.

The real-life Super Bowl XLVIII will begin at 6:30 p.m. ET on tonight, at MetLife Stadium in East Rutherford, N.J., the home of the New York Giants and New York Jets. You guys can watch the match from 10:30pm on Channel 4.