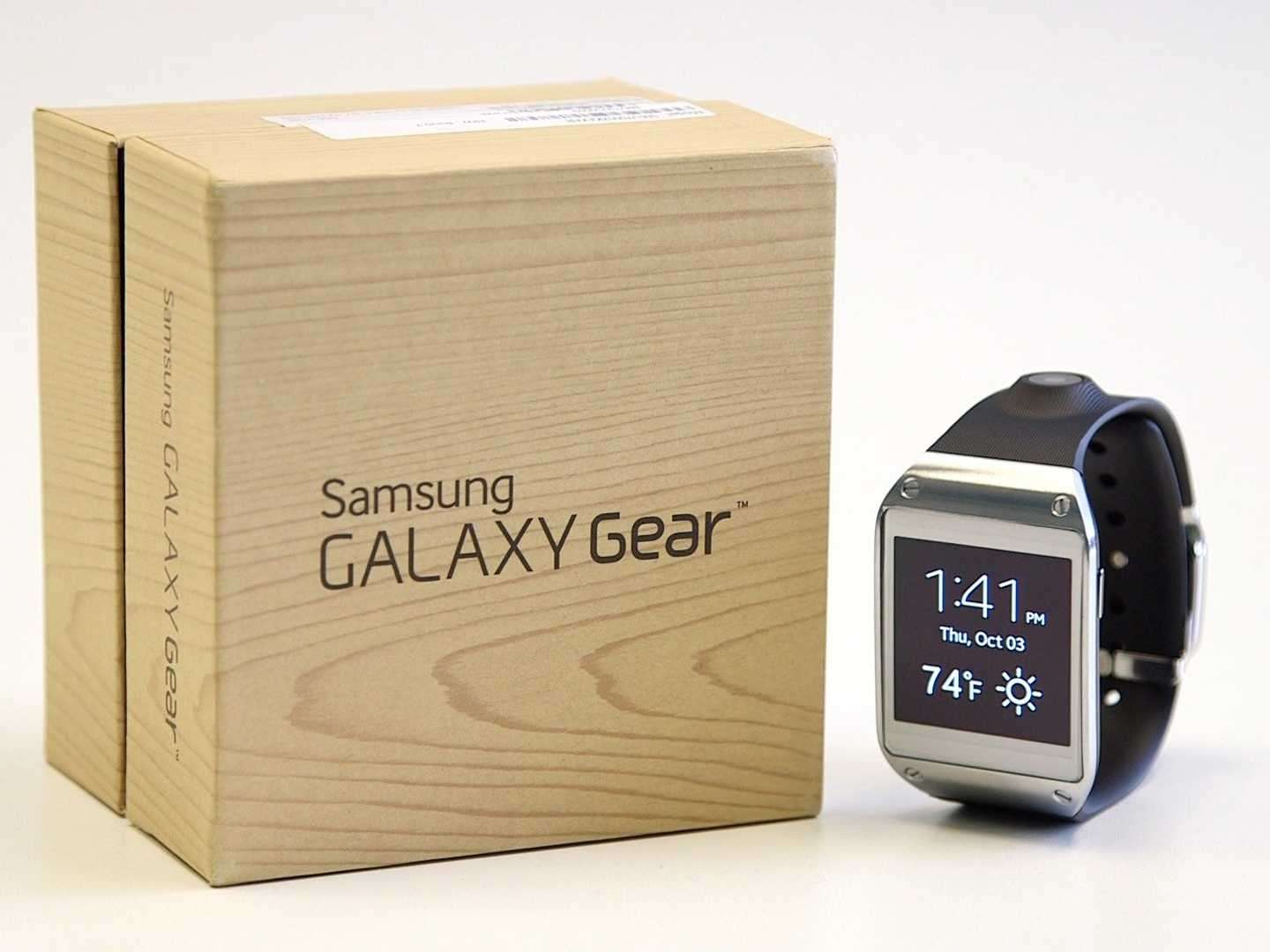 In recent years, Samsung has made a push to innovate rather than follow. So far, it has worked well for them; for example, their Galaxy S line of Android smart phones are easily the most popular on the platform. So, it is only fitting that they have entered the wearable tech market in its infancy.

Introducing the Galaxy Gear, a smart watch. Samsung’s idea is to provide you with easy access to the basics of your phone without having to actually use it, their spiel? “Galaxy Gear gives you the freedom to do what you need in smart fashion. Keep what matters within reach”. 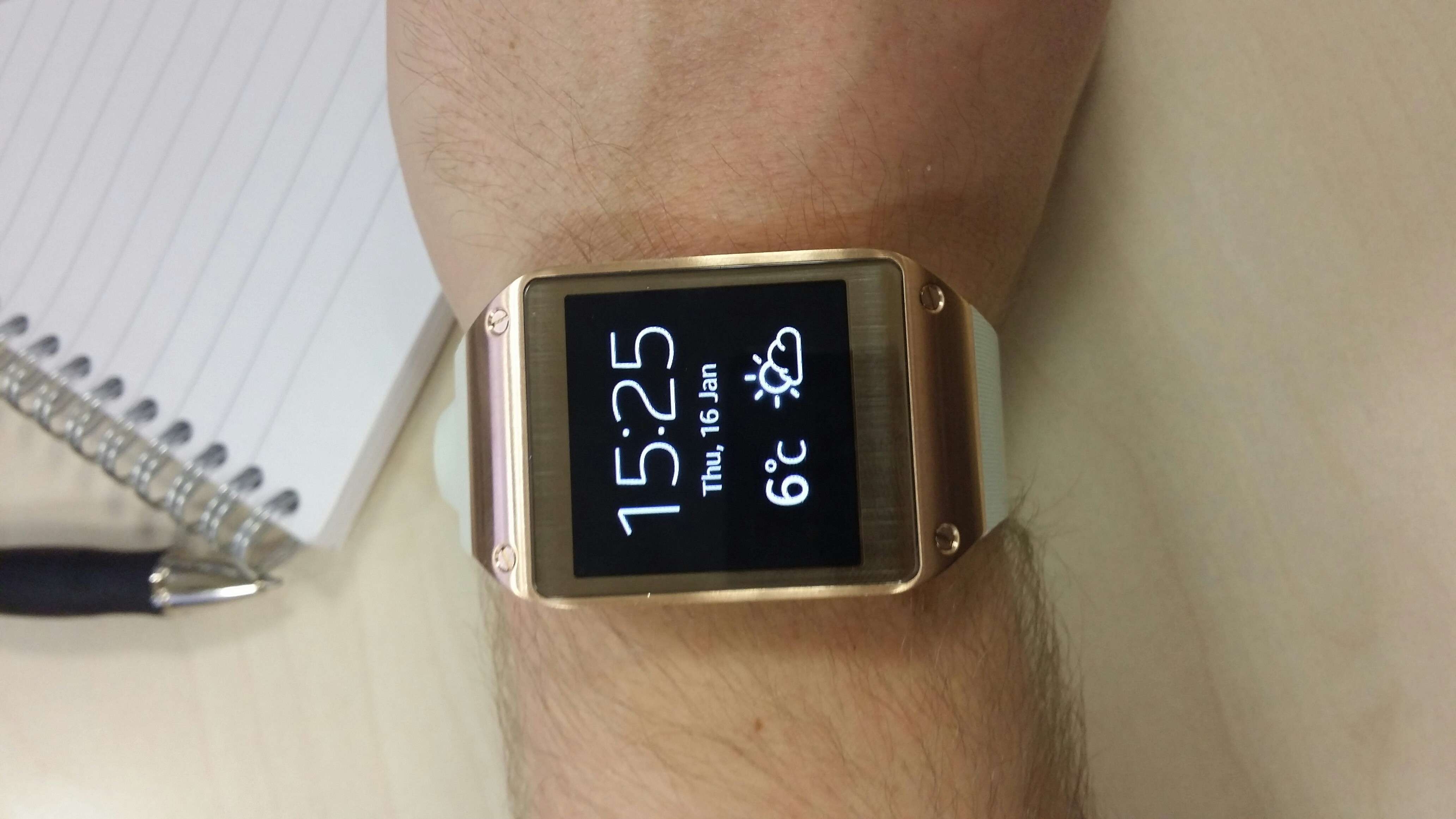 For the watch to function in any capacity whatsoever, it must be connected to a Samsung compatible smart phone. The model I used was a Note 3. This isn’t a review of the Note, but I have to mention its screen, simply put, it is stunning. The device itself is enormous, a phone-tablet hybrid almost but still usable day to day. My Gear review model was rose gold with a cream strap. If I’m honest, it wouldn’t be my choice of colour, but it definitely makes the device pop to the eyes! The whole package fits neatly into an average sized watch, possibly slightly chunky, but not overbearing. It feels well built and has a nice mix of materials. Connecting the Gear was simple and required very little effort. I was up and running within a couple of minutes. The devices pair with some clever NFC magic and stay connected via Bluetooth. Even though Bluetooth is on constantly, battery drain is minimal as it uses Bluetooth 4.0 which consumes very little battery when idle. Once connected, you can manage what data is sent back and forth to your Gear via a Manager app. A simple and effective piece of software that does exactly what it needs to.

Once I was all set up I was curious to see how much I could do with the Gear or, to put it an other way, how little did I have to use my Note 3.  Via the Gear Manager app, you have choices as to what notifications you can send to the Gear, however they are limited, not every app you have installed can be selected. For example, I could send Twitter notifications, but couldn’t send ones from Whatsapp. Another note is that even though I could send them I couldn’t view the actual Twitter notification. Functionality I guess that will be improved as time passes. The reason for this is that texts are sent directly to the Gear and you can read them perfectly. A feature I found incredibly handy when my phone was in my pocket walking down the street or sitting on the bus. All this works well thanks to the Gear’s 1.63″ Super Amoled screen. Even though it is relatively small, it is excellent. Both bright and clear in varying brightness. The touch response is also excellent which is important if you have slightly less than nimble fingers!

Another feature I found myself using was the camera a 1.9MP shooter which is built into the strap. I’m a big fan of taking pictures with my phone so camera quality is a selling point for me. I was pleasantly surprised by the quality and integration of the Gear’s camera. As soon as you take a snap, it is automatically sent to your connected phone too. Now, the quality of picture was obviously not as good as your phone, in fact, the camera on the Note 3 is excellent. But I found that the Gear was perfect for quick snaps where quality wasn’t key. I used it several times in work as a form of visual note taking as I had my hands free. You wont win any photo competitions with it, but you wont miss a photo either. Here are two sample images; 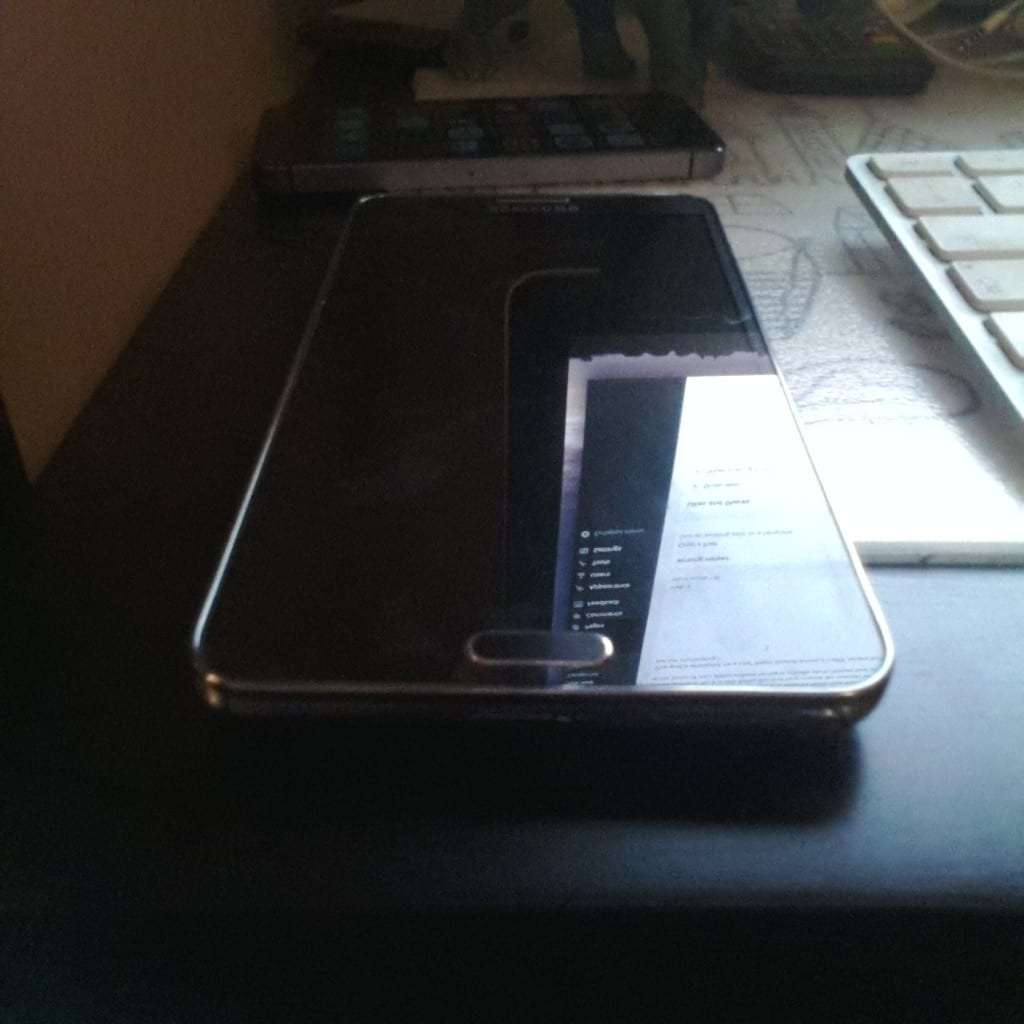 A sample photo using the Gear’s built in camera 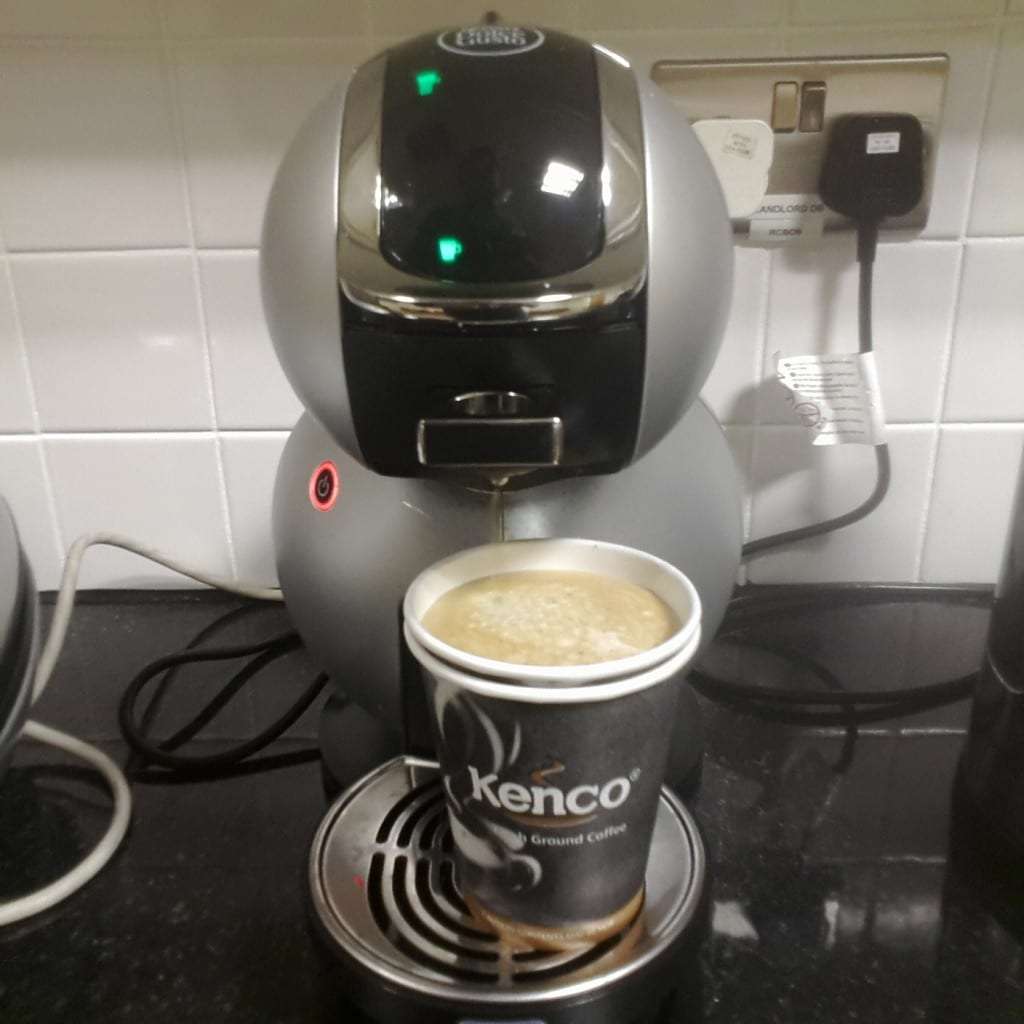 A feature which I used sparingly; read, not in public, was the Gear’s built in mic. With this you could both take and receive calls. For me the drawbacks are the lack of privacy and how mental you look talking into your watch. It has gimmick nerd appeal and it does work perfectly but it’s just not for me. The watch also has an accelerometer which means it can be used as a pedometer, or step tracker. The interface is simple but effective and I found that the watch was quite accurate at tracking daily steps. A pedometer might not sound like an important feature, but there are entire wrist devices being sold as only a pedometer. Building this into the Gear was a clever move by Samsung in my opinion, it sneaks them into the market.

Overall, I’d have to say that the Gear is a successful first entry into the smart watch foray for Samsung. It has flaws and it is expensive but it works exceptionally well. I think if I was going to use one, I’d ditch the call functionality, improve notifications and improve the camera. I still found myself pulling my phone out of my pocket a lot more often than using the Gear. However, if you’re a fan of Samsung and you love gadgets, this is a must have luxury device.

This review was done by @JoeCarlyle