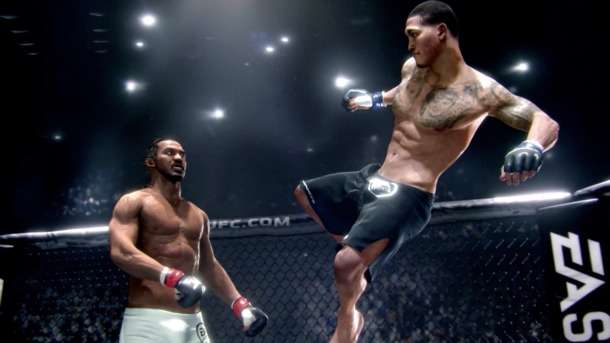 EA Sports have just released a brand new gameplay video for their upcoming official UFC game for PS4 and Xbox One. This game really looks insanely realistic and it looks like the guys at EA Sports know how to use the new hardware to their advantage. Tell us what you think of the game and how it looks in the comments below.

Here is the full press release:

EA SPORTS™ UFC® kicks off 2014 with the first look at the future of sports video games. EA SPORTS UFC Gameplay Series: Next-Gen Fighters is a new video that spotlights how EA SPORTS UFC will bring the next-generation of videogame athletes to life by recreating the real-world athleticism, physiology and emotion of world class fighters in ways that were never possible before. By leveraging the latest technology to capture and deliver the most true-to-life likeness and motion of each fighter, a new bar has been set. In the world of EA SPORTS UFC, Anthony Pettis has his swagger, Georges St-Pierre respects the opposition and Jon Jones really gets to be Jon Jones. Watch all these athletes come to life in EA SPORTS UFCGameplay Series: Next-Gen Fighters now.