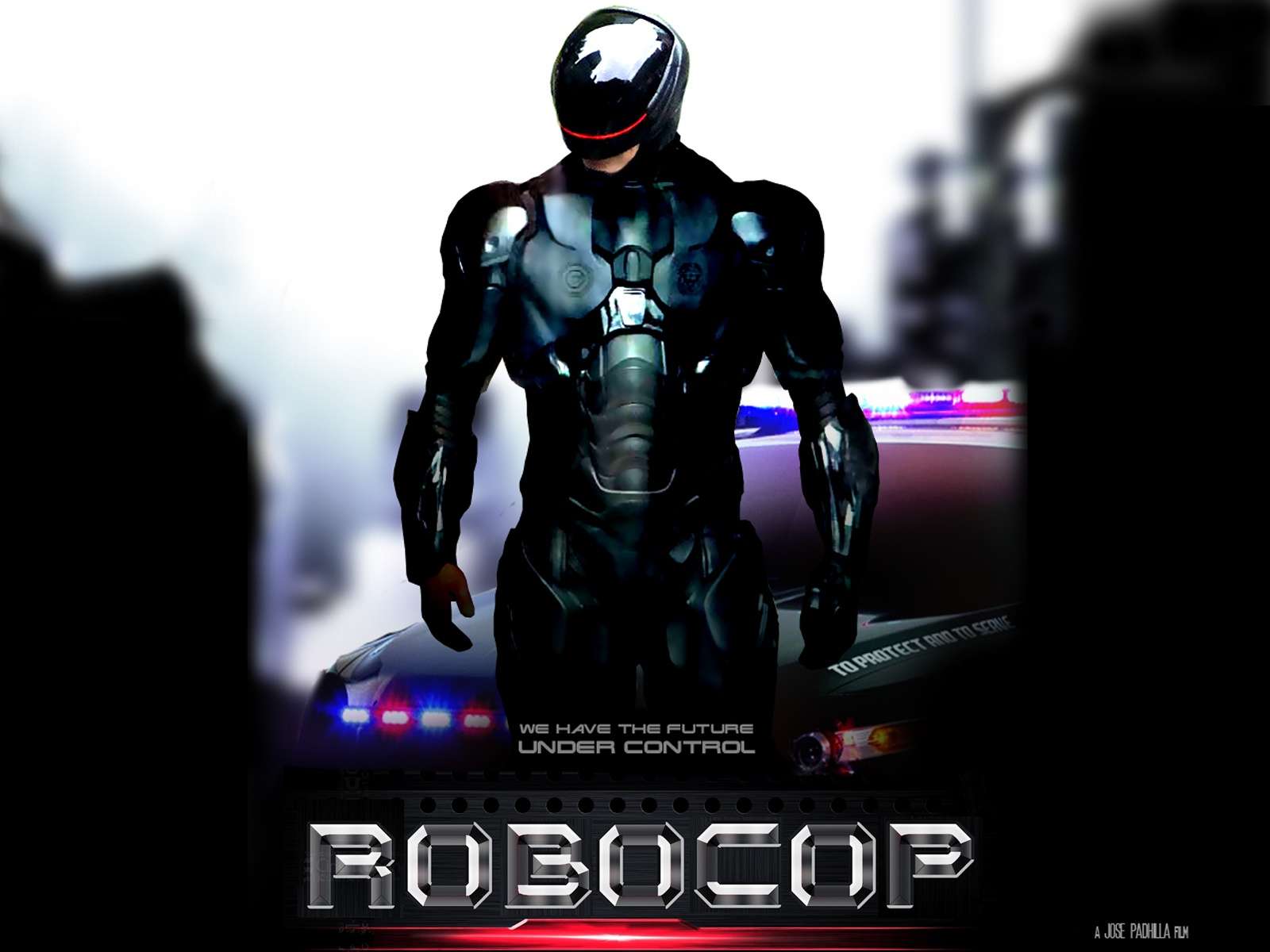 Honestly, I didn’t know what to expect when I ventured in to see the reboot of RoboCop with the other half. While I’m a fan of the original, it really hasn’t lasted the test of time, but it’s still a movie I go back to from time to time so when they announce they were going to reboot the franchise I was a little worried that it wasn’t going to live up to the original. Well I’m hear to tell you that RoboCop (2014) is a decent action movie that fans of the original, or even if you’ve no clue of the original, will enjoy. 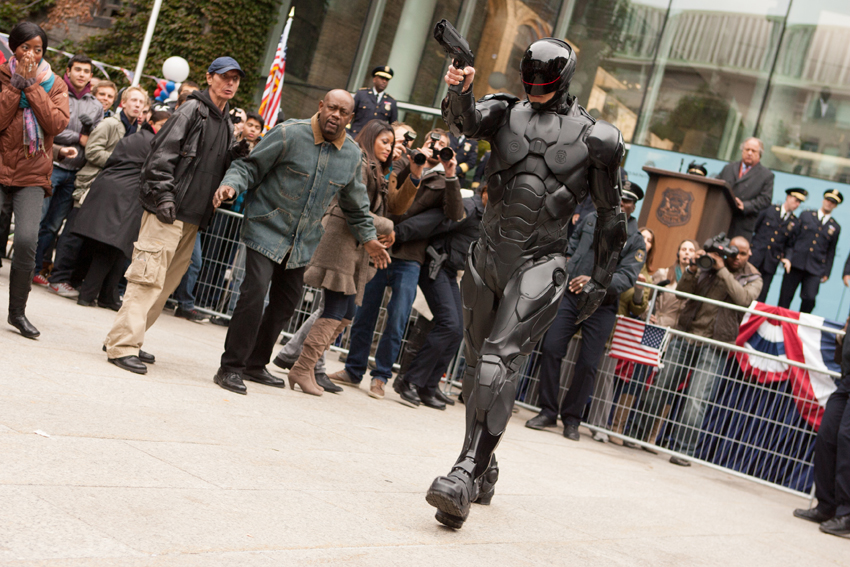 It’s the age old tale… It’s 2028 and American people don’t like robots even though they are being used all over the world to ‘serve and protect’ as we are told by Samuel L. Jacksons sensationalist reporter character. So, to make it easier for the public to accept, they decide to meld flesh and machine, but they need the right person first. So on that note, our cop, Alex Murphy (played by Joel Kinnaman), is a good cop and like any good cop he is targeted by bad guys for doing his job. Stuff goes down. He get injured and there’s in lies the story. OCP, headed by Michael Keaton’s character, put skin and metal together to form a whole that will become RoboCop. Unlike the original, this happens in China. Gary Oldman plays the doctor who helps with the build due to his experience with robotic prosthetics. 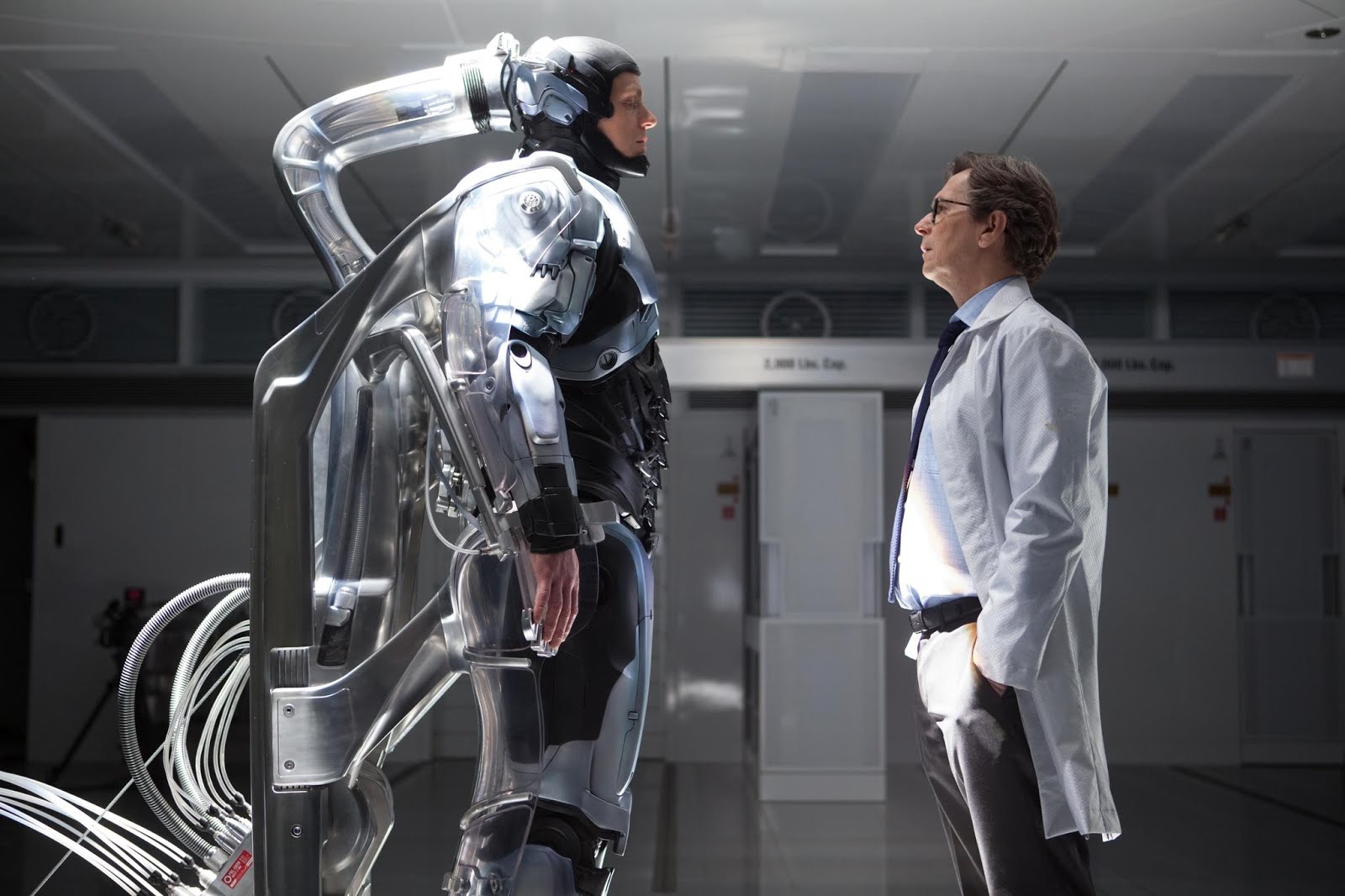 Compared to the original, Robocop himself is a more complex character and alot of his turmoil centers around his family life and how being made a robot-human hybrid has done to it. Also in the movie is ED-209… that awesome 2 legged robot that was in the original. There are some nice nods to the original movie in some of the lines and of course, the music.

It’s interesting now, in 2014 looking back at the 1987 original Robocop and see what the filmmakers then thought the future would be like. Going by this Robocop, it’s a much more realistic vision if you ask me. Samuel L. Jacksons character seems to have a lot of ‘power’ in this vision of the future even though he is in essence a tv personality. Also, the half man half machine that is Robocop is not made because he is the peak of technology, he’s not. The independent 100% robotic ‘drones’ are much more advanced and capable, but the american public can’t accept them. So that’s why Robocop comes to be. A robot with human emotions and understandings that know’s ‘right from wrong’ and what have you. There was nothing that I saw in this movie that isn’t really technically possible, or we’re on the verge of it being possible. While it might not happen in 14 years time, you never know!

Overall, this is a much more interesting movie than I was expecting it to be to be honest and it’s definitely worth checking out. While it’s not what I would call a ‘great’ movie, it’s most certainly not as bad as I was hearing it was going to be / expected it to be.