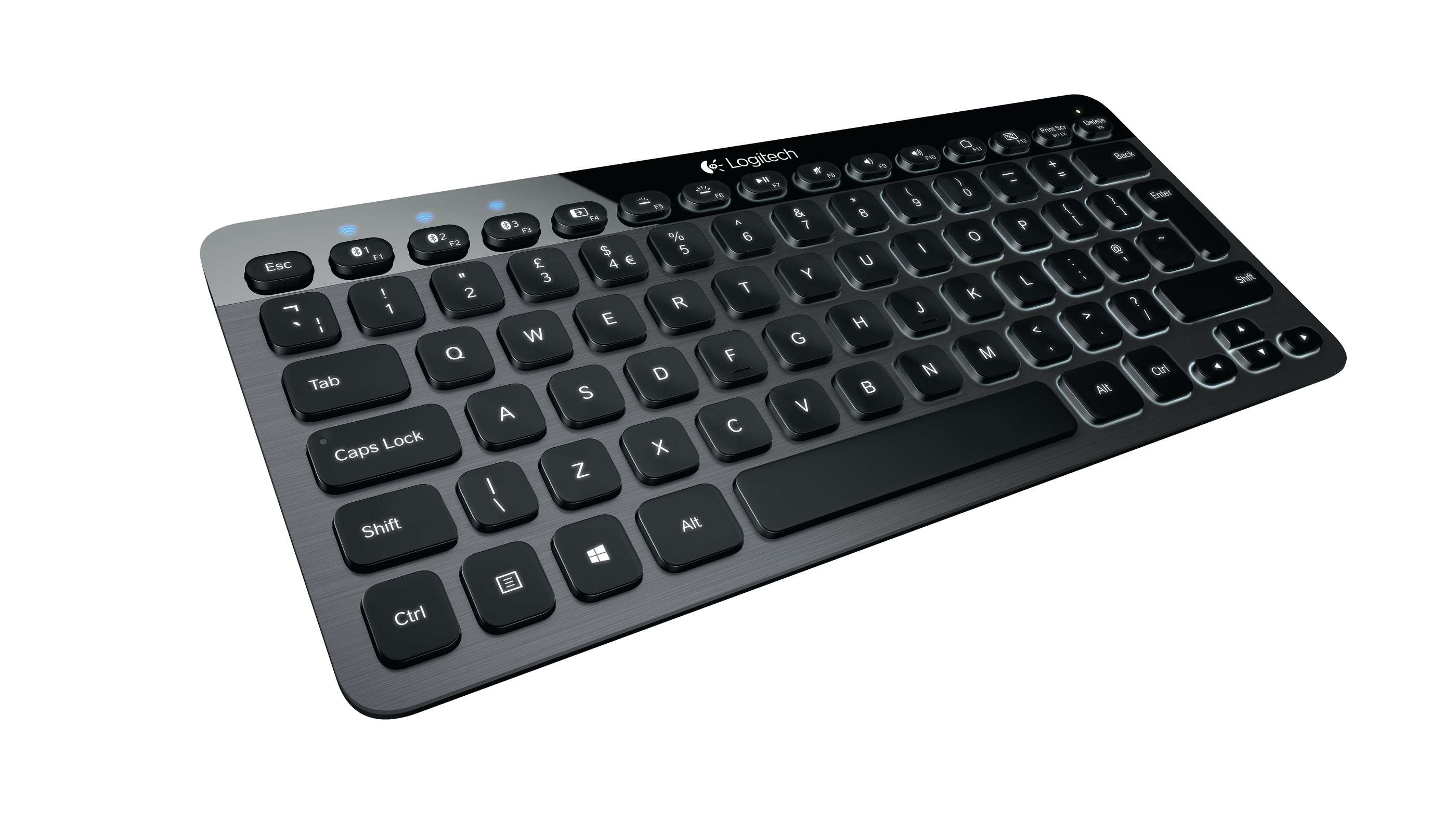 The new Logitech Bluetooth Illuminated Keyboard K810 (that’s a mouthful, let’s just call it the K810 from here on in) might just be the wireless keyboard you’ve been looking for.

Having recently won a 2014 if product design award for excellence in the computer and audio/video categories, it can’t be denied that the K810 is an absolutely beautiful piece of hardware. Most people think that a keyboard can’t or even shouldn’t look nice, that it’s just there to do a job and who cares what it looks like.

The K810 will change their minds, it’s ridiculously light, slim and has a brushed aluminium finish, making it the most attractive keyboard I’ve seen in a long time.

It’s also backlit for low-light situation and has clever proximity sensors which turns off the backlight when you’re not typing and turns it back on when you bring your hands over to type, it’s almost as if it’s psychic.

But perhaps the coolest feature of the K810 is the Logitech Easy-Switch feature which allows you to pair the keyboard with three devices and switch between them seamlessly. I paired the K810 with my Dell Ultrabook, an iPad (and a Microsoft Surface) and thirdly an iPhone 5s and switching between the three was as simple as hitting the dedicated switching buttons (F1, F2 and F3 for each respective device). 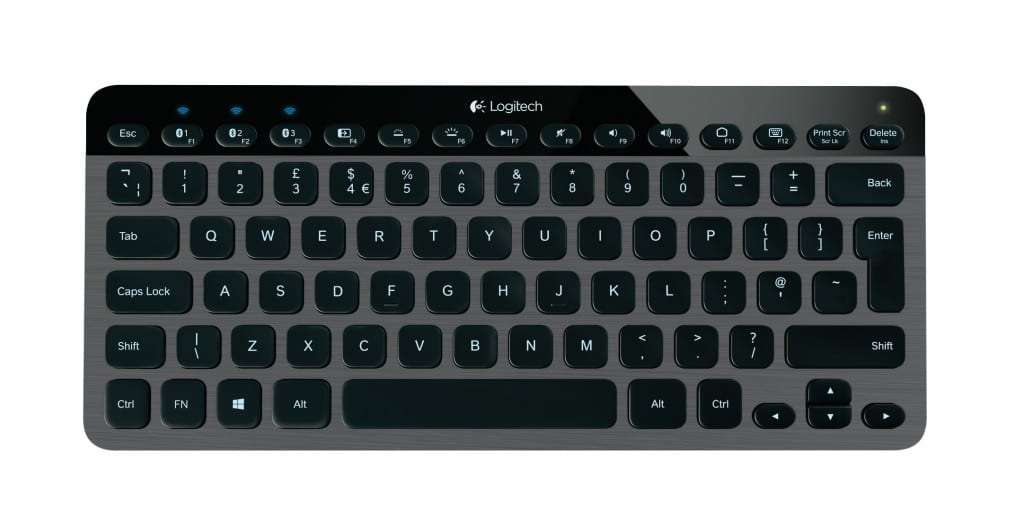 The product specs mention using the K810 with an iPhone or Android phone and while it does work well with those, it didn’t play nice with my Nokia Lumia 925, although Bluetooth support has never been great with Windows Phone so that’s not the fault of the keyboard itself.

The K810 has some media controls too with pause/play, mute, volume up and volume down all set on the F7 to F10 keys.

The keyboards charges via mini-USB and while it comes with a cable to charge it, the mini-USB support means you’ll probably always have a cable handy for when the battery is running low. IT can also still be used while charging.

The only fault to find with the K810 is that for people coming from using a full-sized keyboard, it can take a day or two to adjust to the tighter key-spacing, but the travel and feel of the keys themselves are so satisfying that it shouldn’t be a bother. Another negative side-effect of the smaller size is that you miss out on some keys and have to use the FN key like on most laptops, only for more keys.

Overall the K810 is a great addition to any desk, it looks stylish, is slim and light enough to not take up too much space and the support for three Bluetooth devices is genius. Take into consideration that it’s a joy to type on too and you’d be hard pressed to find a better Bluetooth keyboard right now.