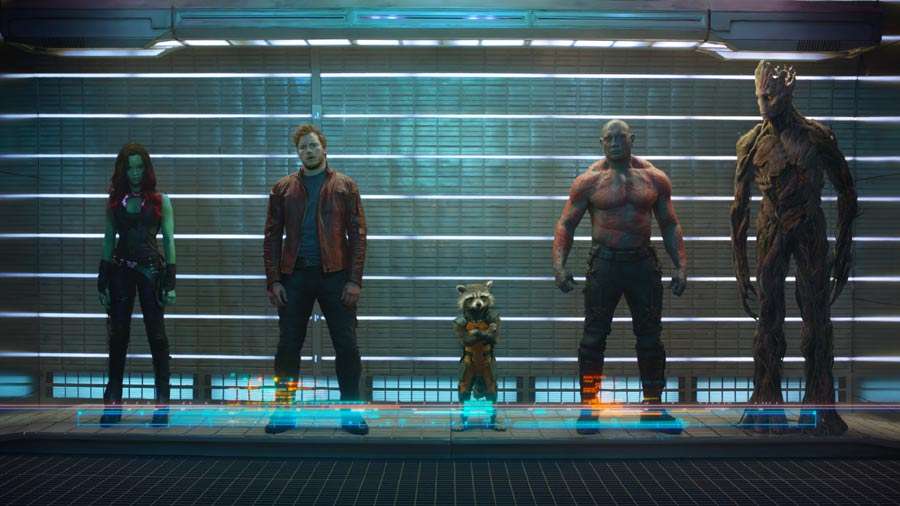 ‘Guardians of the Galaxy’ Trailer Released

The trailer for Marvel’s next film, and brand new franchise, Guardians of the Galaxy debuted on the Jimmy Kimmel Show in the US last night.

The Guardians of the Galaxy is the next instalment in Marvel’s Phase 2 of their cinematic universe. The Guardians, essentially Outer Space’s answer to Earth’s Mightiest Heroes, The Avengers, is Marvel’s attempt at bringing the more cosmic aspects of their comic books to the big screen.

A bunch of misfits & outlaws, the Guardians consist of Peter Quill aka Star Lord (Chris Pratt), Gamora (Zoe Saldana), Drax the Destroyer (Dave Batista of WWE fame), Rocket Racoon (voiced by Bradley Cooper) and Groot (voiced by Vin Diesel) are on the run across space from the villainous Ronan the Accuser (Lee Pace) after Quill steals an orb of power coveted by Ronan. Guardian’s of the Galaxy is also directed by James Gunn, who worked on the screenplay for the 2004 edition of Dawn of the Dead.

Guardians of the Galaxy is set for release of the 1st of August 2014, and rumours of a sequel already in the works for 2016. With Captain America 2: The Winter Soldier hitting cinemas next month, Avengers 2: Age of Ultron and Ant-Man dropping in 2015, multiple TV shows (Jessica Jones, DareDevil, Luke Cage) planned, and Marvel Studio’s President of Production Kevin Feige recently stating that plans for the MCU (Marvel Cinematic Universe) are in place up to at least 2021, it’s safe to say the future looks very bright for fans of comic books and movies.