Hang out with Terry Gilliam and maybe win €250 too!

Did you guys know, that director of The Zero Theorem, Brazil, Twelve Monkeys and one of the founding members of Monty Python, the one and only Terry Gilliam is in Ireland today?

Well he is! He’s here as recipient of a VOLTA award and also for the Irish premiere of his film THE ZERO THEOREM starring Christoph Waltz, Mélanie Thierry and David Thewlis.

The trailer is above and well, essentially it’s about an eccentric and reclusive computer genius plagued with existential angst works on a mysterious project aimed at discovering the purpose of existence – or the lack thereof -once and for all. However, it is only once he experiences the power of love and desire that he is able to understand his very reason for being. THE ZERO THEOREM hits Irish cinemas in March.

But aside from the film did you know that at 3:50pm today Terry Gilliam will be having a public Google Hangout, where his fans and you can ask him any questions you want. So do you have a question? Well you can get him to answer it by commenting on the Hangout page, asking it on the Sony Pictures Facebook Page or on Twitter using the hashtag #thezerotheoremIRL. 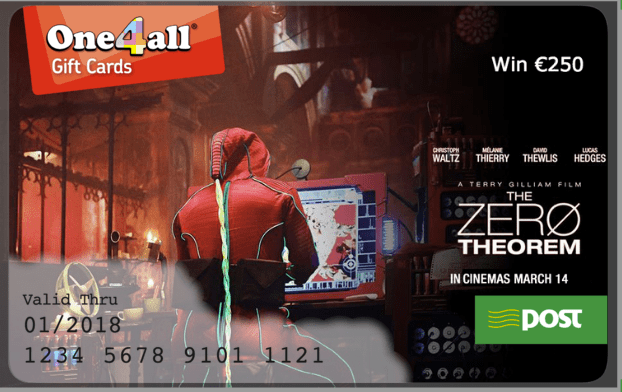