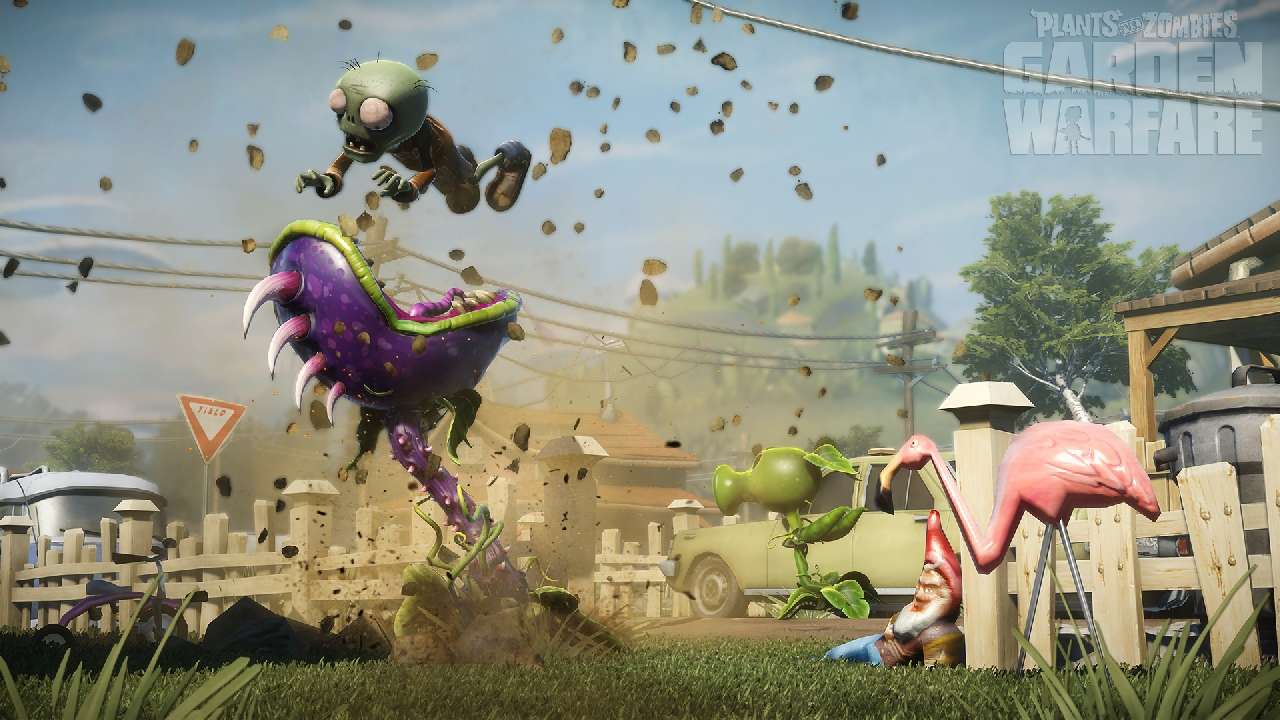 Plants Vs. Zombies Garden Warfare review – These plants are Crazy!

Plants vs Zombies started out as a tower defence game back in 2009 and the series has been spreading its seed across a host of media platforms over the years. With the release of Plants vs Zombies 2 late last august, you’d think the zombies would give the plants a little break. Nope! Instead, the zombies are coming at you like never before in Plants Vs Zombies Garden Warfare, a third person shooter from PopCap which uses Frostbite 3, the same engine found in Battlefield 4.

As huge fans of the series, we were optimistic for this latest installment, even though it is an online-only game and we weren’t let down. 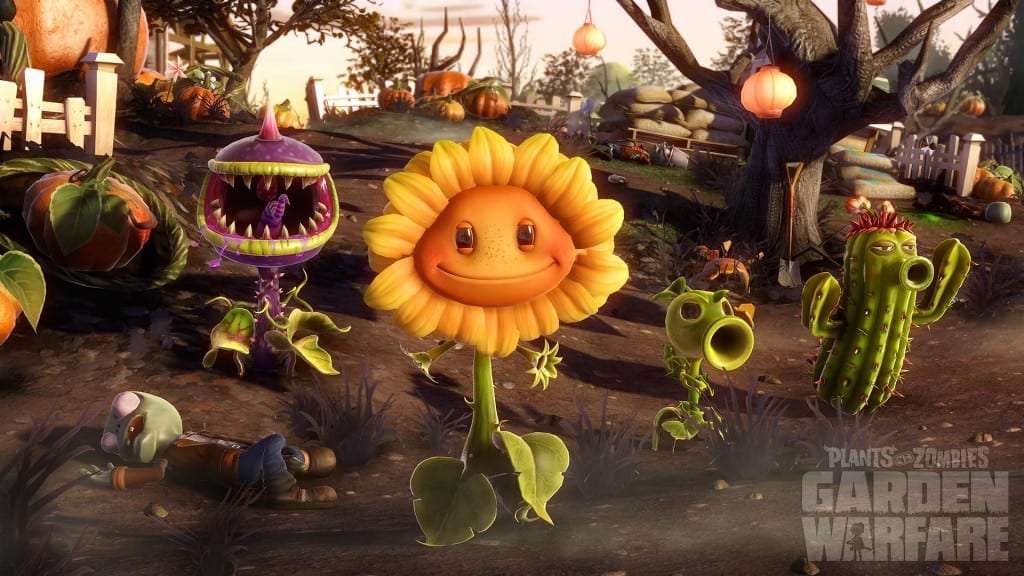 Let’s start with the Plants. First off, is the Sunflower who heals others with its sun-ray, the Peashooter who is your main assault plant, the Cacti who is an excellent sniper and perhaps most importantly is the Chomper who acts as the tank-like character. He is very strong and occasionally digs himself underground, only to reappear and swallow a zombie whole.

Now for the horror that is the zombies. They are stupid and slow but they can pull a few roots or two. The zombies’ team is made up of a shoot-first-die-later Foot Soldier, a crazy Mad Scientist who deploys health fountains, a deadbeat American Football Player who will take down any plant you need and a slightly overweight Builder with his ass crack showing.

Each of the characters have only three attributes to start with and as you progress through the game you will unlock two more. When you have unlocked these two additional attributes, there is a funny introduction video to show your new upgrade and trust us when we say you should watch these videos. 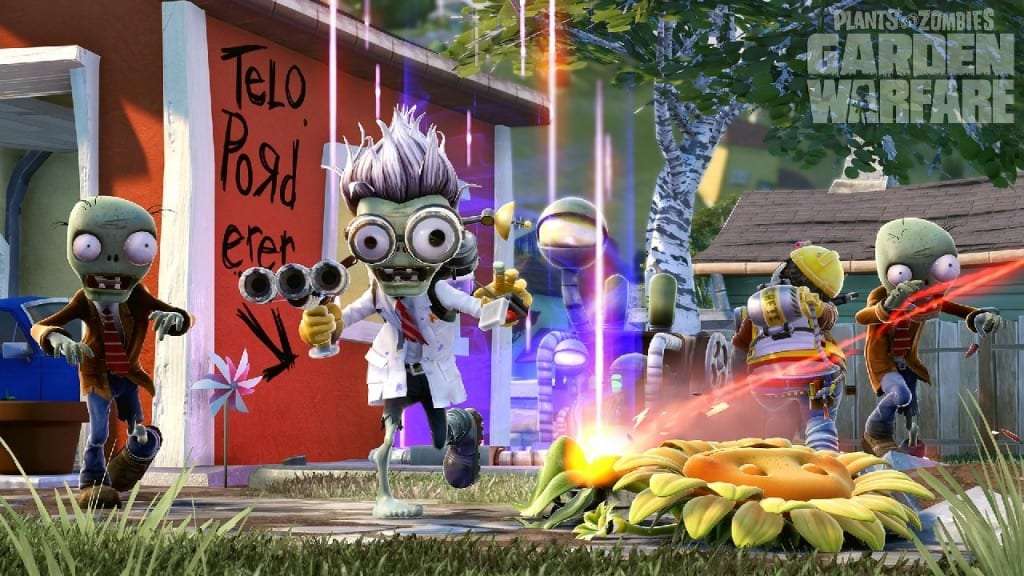 As a nice aside from the action, the game allows you to dress your character up by unlocking new items after purchasing packs of cards from “Crazzzzy Dave’s” shop. Coins that are earned in the online modes through kills and streaks are the only currency that works in “Crazzzzy Dave’s” store. Thankfully there are no micro-transactions here for now, which would have allowed you to jump the gun.

There are only three game modes in the game; Team Vanquish, Garden and Graveyards and a Horde-like survival mode.
Team Vanquish is your standard Team Deathmatch with the score limit set to 50 kills and by reviving a teammate, you subtract a score from the enemy team.
Gardens and Graveyards is an attack and defend mode with a series of gardens that the zombies must overtake before the time runs out, much like Battlefield’s Rush mode.

The final mode is the closest thing to the original Plants Vs Zombies tower defence gameplay. It’s a horde-like mode where it is up to you and three other online players to stand against wave after wave of AI controlled zombies. So get ready to plant your garden and protect it from increasingly powerful waves of zombies. It’s worthy of noting that this is also the only mode that has split-screen functionality but strangely the split-screen is only available in the Xbox One version.

Plants Vs Zombies Garden Warfare was reviewed on the Xbox 360 by Anthony Kenny.