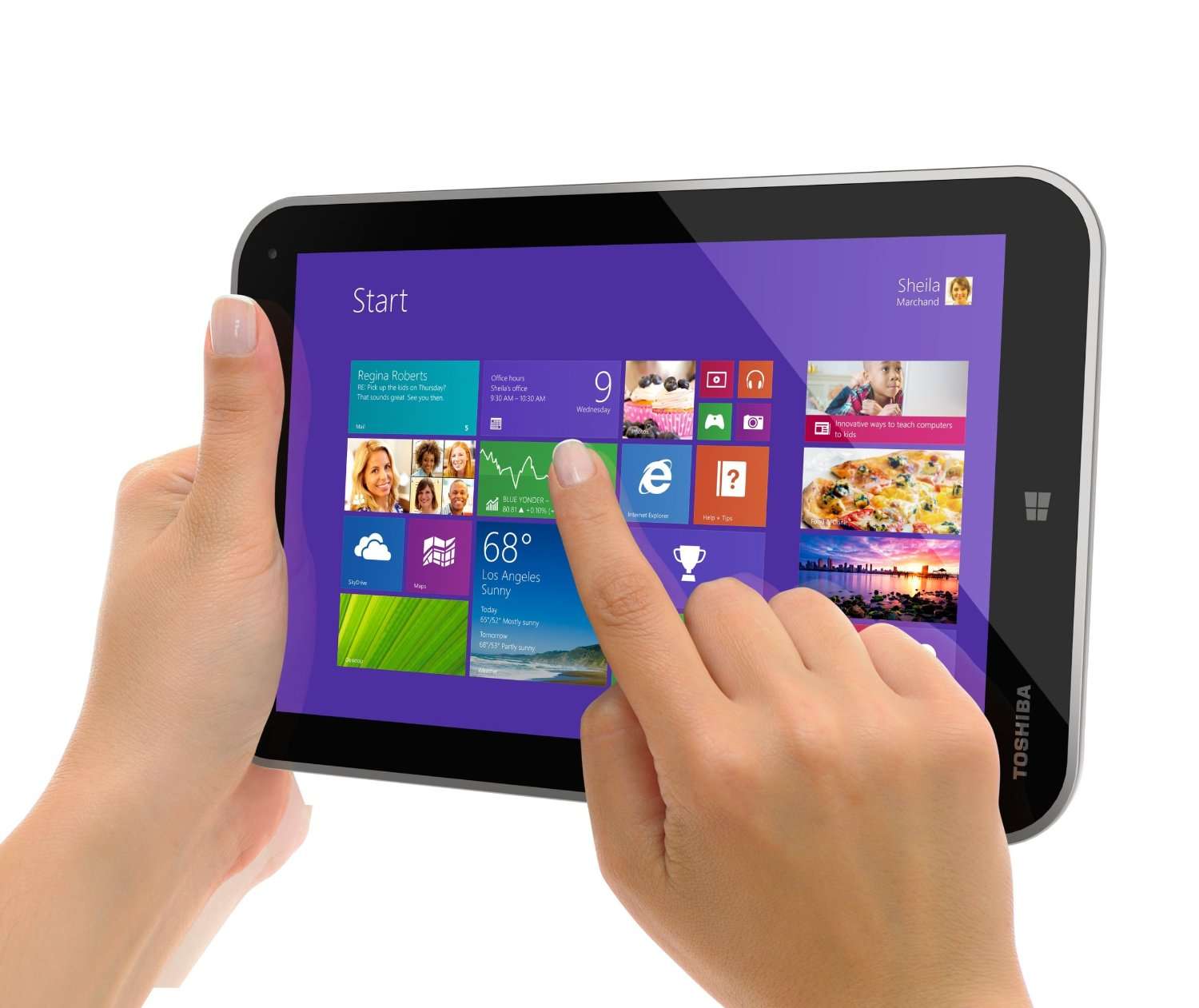 Recently, we got our hands on Toshiba Encore tablet, the company’s first entry into the new category of 8-inch handheld tablets designed for on the go use. The Toshiba Encore is an 8-inch tablet that offers a neatly portable way to use Microsoft’s Windows 8.1 Pro operating system, giving you access to Microsoft Office, the Windows Store and the more familiar Desktop version with Start button now reinstated. All the while, cramming in an HD screen, quad-core processor and 8-megapixel camera too, all for a very reasonable price.

So first, up we will look at the design, software, camera and finally the battery. 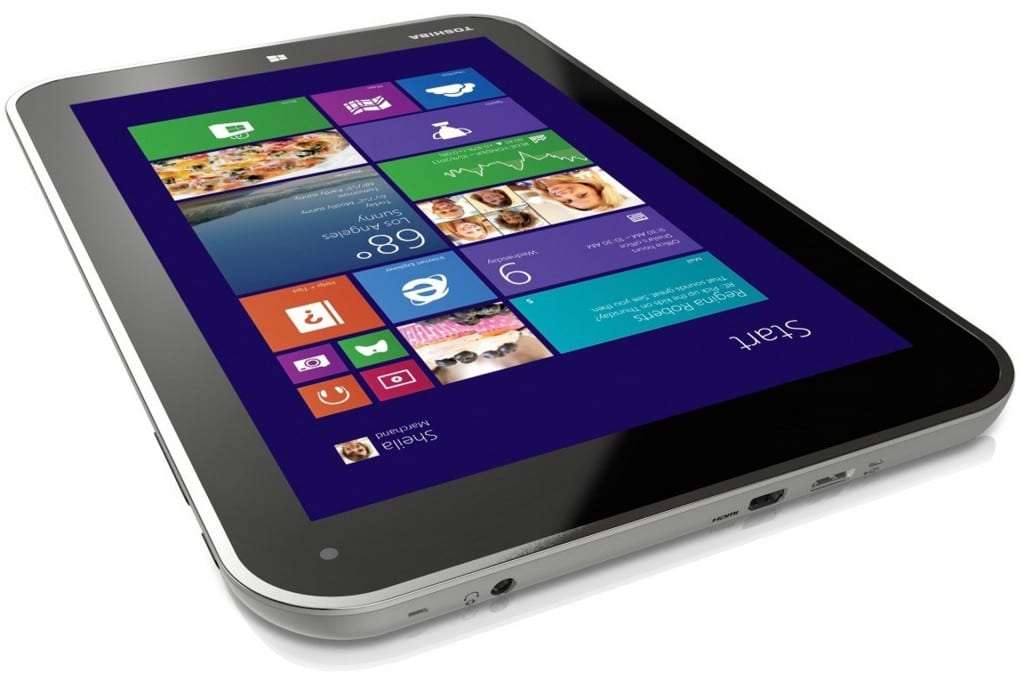 Design
Looking at the 8-inch screen, we can see it delivers a slightly less-than-full-HD resolution of 1,280×800 pixels however, most people would notice this.

A single capacitive Windows Home button sits below the screen and allows you to flip between desktop and tablet mode. The volume rocker and on/off button sit on the right edge of the device.

There is a decent range of ports on the side, including microUSB, micro HDMI and headphone/mic jack, as well as a microSD memory card slot, though disappointingly this is open to the elements, rather than hidden behind a cover. The speakers are at the bottom edge of the tablet and work pushing out some nice stereo sounds, while also being able to pump out a decent volume without distorting.

The tablet comes with a quad-core Intel Atom processor that has been clocked at 1.3GHz and is backed by 2GB Ram powering it. To be truthful during the review we found the tablet sometimes laggy even though there is the 2GB of RAM, but we feel this is more to do with Windows software and not Toshiba’s hardware.

Software
As we said, the tablet is running a full Windows instead of Windows RT so essentially you have a full-fat 32-bit version of Windows 8.1, the very latest version of Microsoft’s tile-based operating system and the one that allows you to use virtually any Windows-compatible software, rather than just the apps available from the Market.

One very nice to the package is the addition of full version Windows Office for home and students, which would usually set you back a couple of 100 euro but come automatically with the tablet. 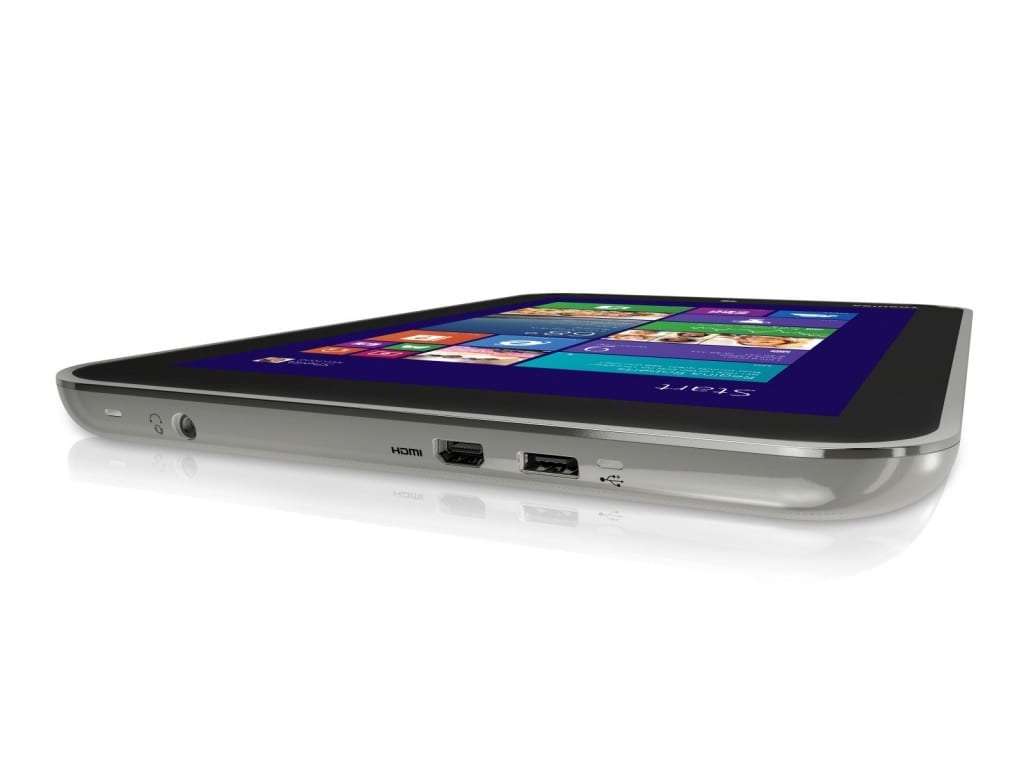 Camera
The 8-megapixel camera has no flash or much in the way of extras but the pic quality is not bad, with realistic colours and a decent level of detail, though the autofocus can be a little wayward. There is also a 2-megapixel camera on the front for video calls. The 32GB of memory that comes with the device to store your pics on the standard version. There is also a 64GB version and of course, but you can add more memory via the microSD card.

Battery
Where the Toshiba Encore does not disappoint is battery life. The Encore packs a 2-cell Lithium-ion so in theory, you can expect up to seven hours on a full charge. That being said, in a daily thorough use you will need to charge it up, but it will definitely make it through the day. Nevertheless, being a heavy user the battery life was so-so at best; we barely got a full day’s use out of it. However, standard users shouldn’t need to worry about this. 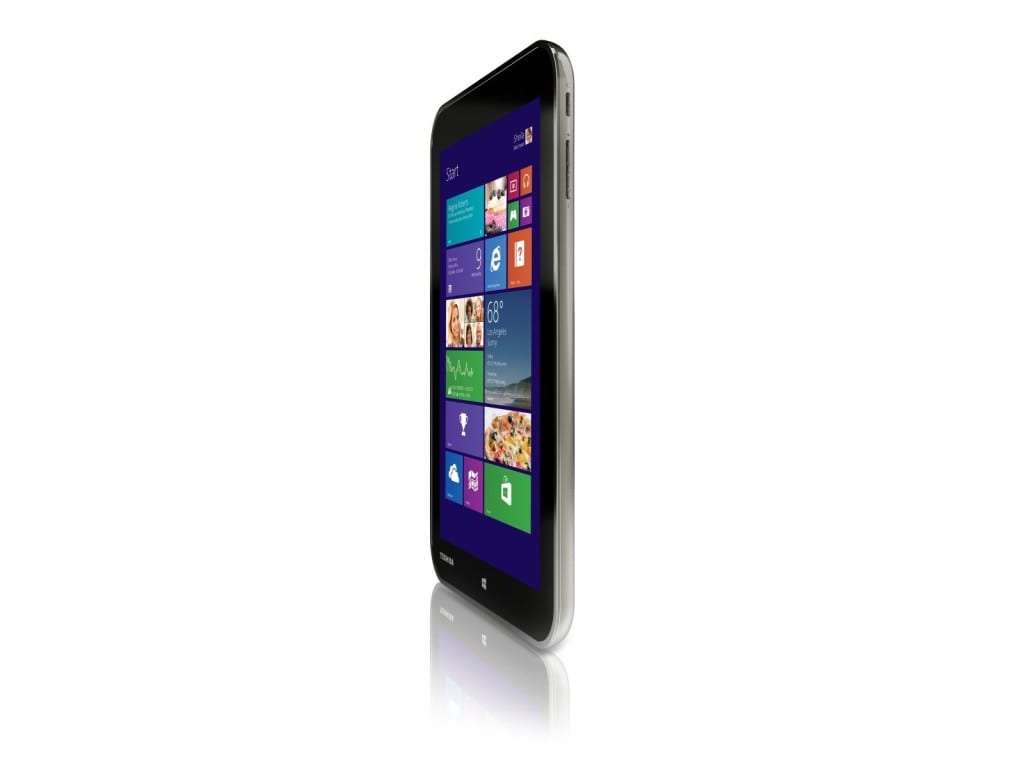 Conclusion
Overall an affordable 8-inch tablet with all-day battery life and has access to a full version of Windows 8 including Microsoft Office.