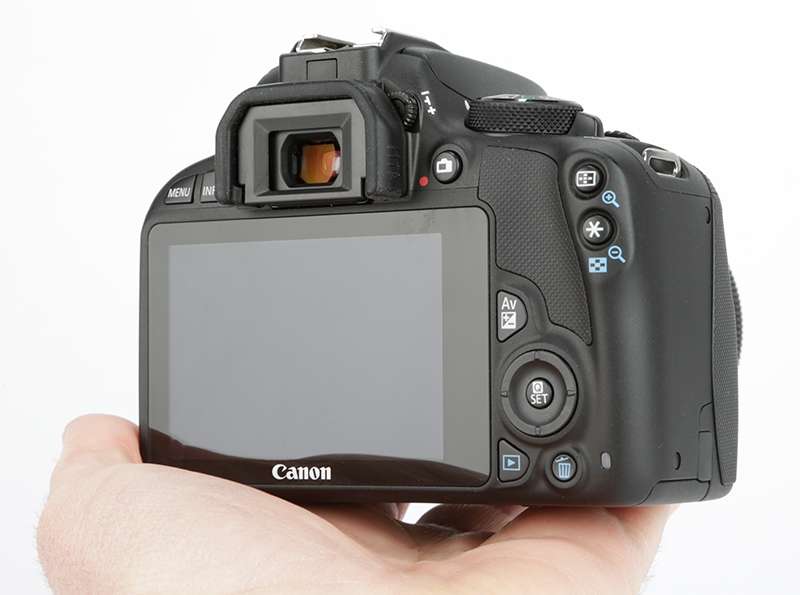 So we’ve just our hands on review of Canon’s EOS 100D. The 100D is a nice compact DLSR weighing in just over 400g and packs some really nice features. An 18MP shooter, the 100D is similar to the 700D but for a few changes to the design of the device. 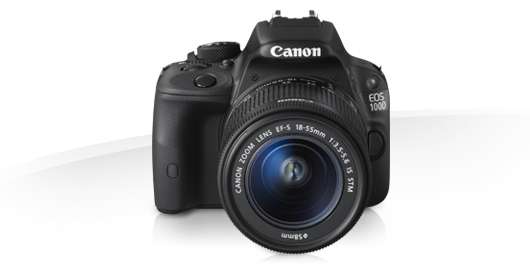 The build quality is extremely sturdy and reliable but we wouldn’t expect anything less from Canon. It’s compact proportions make it extremely handy to just whip out when needs be and you can have it hanging around your neck without having to worry about it too much. The LCD touchscreen is also very nice with good viewing angles but can also be switched off which is a nice little touch too. We would have liked an tiltable screen (like on the 700D0 as it was some times tricky to take shots from a non standard angle.

The 100 D does have an advantage over the 700D as it has version II of Canon’s Hybrid CMOS AF system for autofocus in Live View. This is a very handy feature and the 100D is extremely fast at focusing on subjects, even in low light. You are also capable of shooting at 60FPS but unfortunately not in full HD. The overall layout of the buttons is also well thought out and users familiar with Canon’s button layout will have no issues getting to grips with the camera as nearly all of the buttons are in the same place. The easy access to the Movie Mode button is also well placed and allows you to quickly jump in video capture nice and quick. 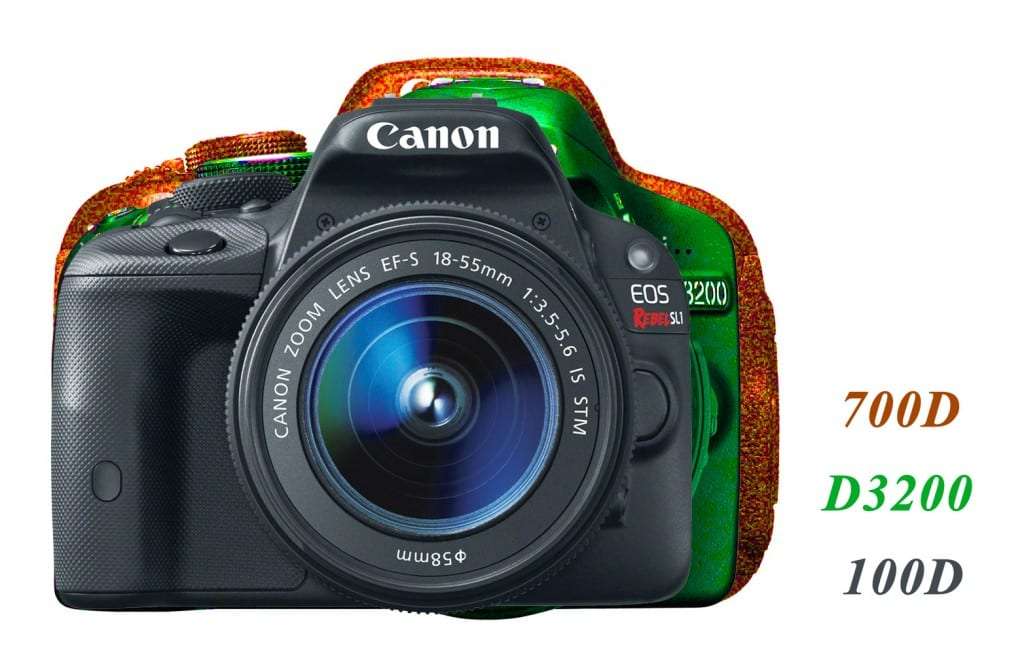 We absolutely loved the picture quality the 100D produced with extremely high levels of detail and very little to no noise at all in most of the shots. The colours were towards the neutral side but you can change settings around on the camera to adjust for this.

Unfortunately, we found the price tag of the 100D a bit on the expensive size though and it looks like the price didn’t scale down as well as the actually camera did.

Overall, we were extremely impressed by the 100D and it’s nice range of features. We loved it’s compact design and super fast auto focus. It’s low weight was also impressive but we feel this might be negated by the time you add additional lenses on making it front heavy. For anyone entering the DLSR market looking a good starting point, the 100D is pretty much bang on for what you’re looking for, we just wish the price was a little less.

Here is a link to Canon’s official webpage for the 100D.