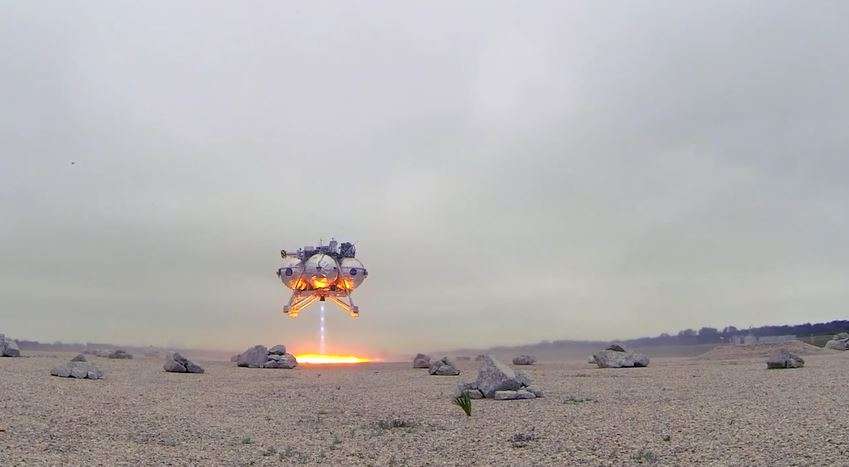 It looks like footage from the surface of Mars but the amazing video above is actually footage of NASA’s new Morpheus vehicle completing a test flight at the Kennedy Space Center’s Shuttle Landing Facility yesterday, March 5th.

Project Morpheus began in 2010 and is aimed at creating a VTOL (vertical take off and landing) vehicle that can land and take off with up to 500kg of cargo to the moon and all while using a newer, more efficient type of fuel.

On August 9, 2012, the Morpheus lander crashed and exploded twice during its’ first test flight and since then NASA made over 70 improvements to the vehicle.