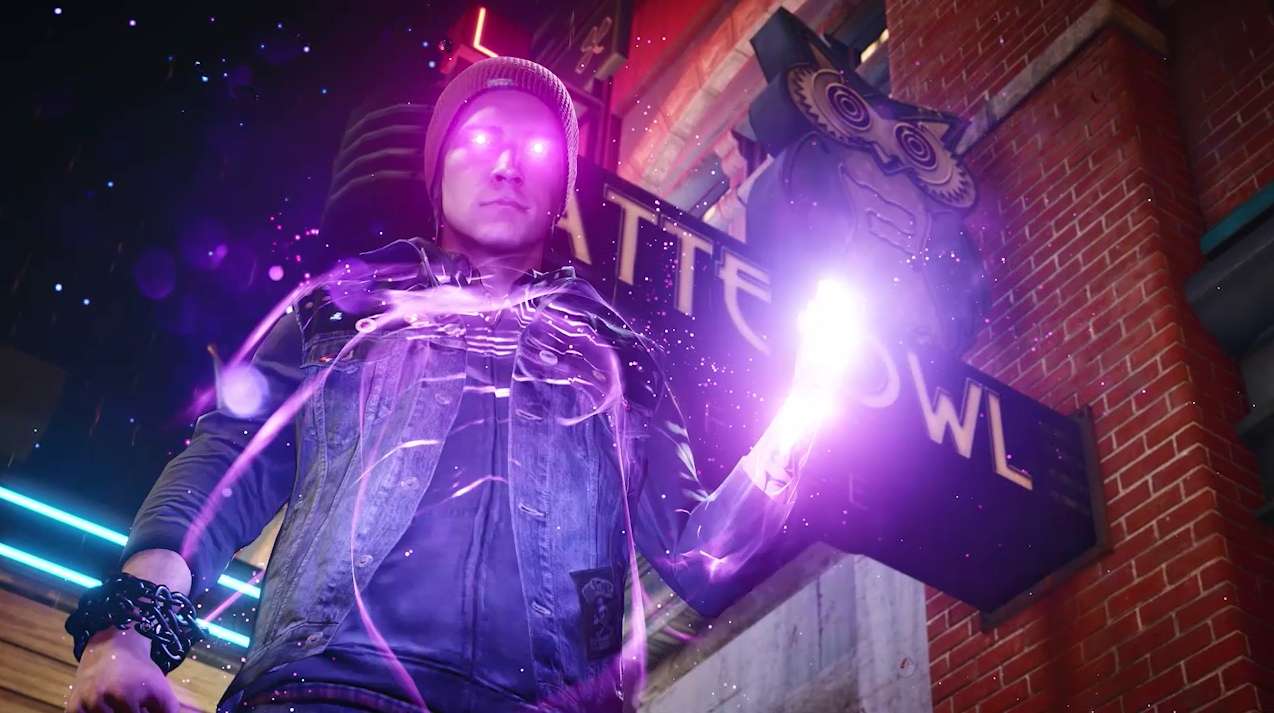 Infamous Second Son is the game PS4 gamers have been waiting for since the console launched late in 2013. To say we were excited about its release would be an understatement.

Infamous Second Son is actually the 3rd game in the Infamous series, but you don’t have to have played the first to at all to fully enjoy Second Son. It’s a independent story line with only some nods and references to the original 2 games. 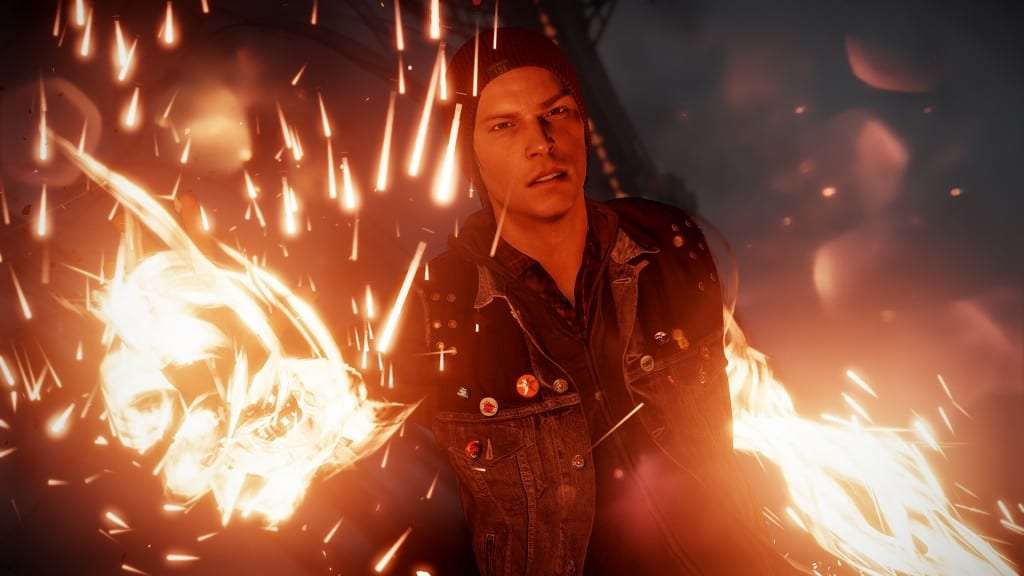 You play Delsin, a younger character compared to Cole, and much more fun loving and out going. He’s a graffiti artist and a panache for getting into trouble and loving it. As you can guess, him getting into trouble is where the story starts. If you think of Delsin like a superhero (which are all the rage at the moment), his actual power is to take abilities off other people. It’s that simple really. You start out gaining the ‘Smoke’ ability. Calling it ‘Smoke’ isn’t really fair as it’s more of a fire ability really, but regardless, it’s awesome.

You start out with some basic powers and as you progress, you ‘enable’ more by collecting ‘shards’. These allow you to customize your powers through an upgrade system, so you go, for example, from being able to run really fast for a short bit, but being able to run from one end of the game to the other. The other power we can mention is Neon. There are differences between Smoke and Neon, but basically, they allow you to shoot, and fly / run. I’ve over simplified it here because they are super fun to play with. 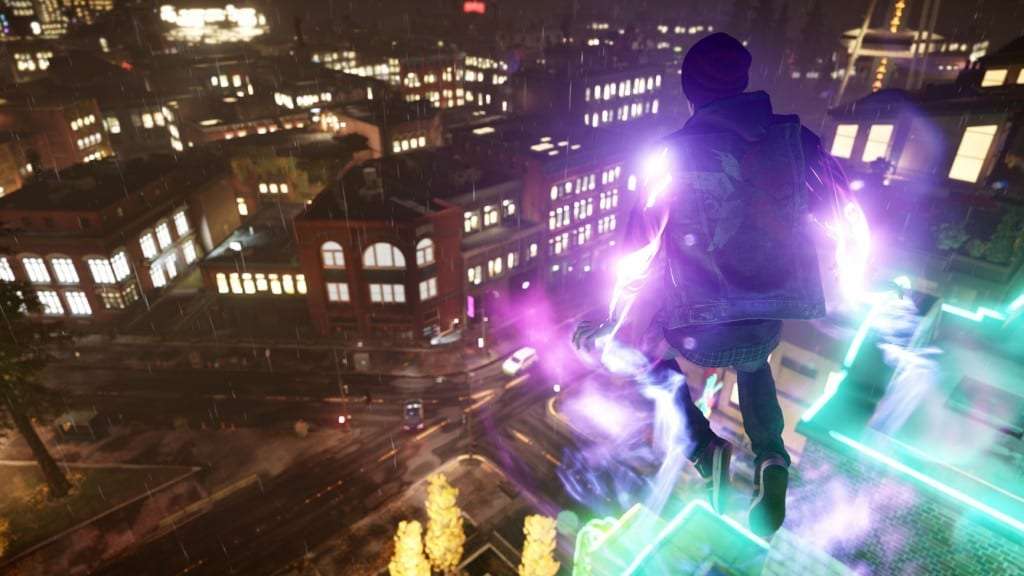 There’s also a ‘moral’ system in the game in the form of Karma. You make decisions along the way to be either good or bad. Some are at important mile stones and have a significant impact and others are in your gameplay. For example you can either knock out an enemy for good karma or kill them for bad karma. Different powers are unlocked depending on the moral route you take. We guess this system could add something to the replay ability, but we’ll have wait and see. It’s a nice feature and makes you think during battle as if you hit the wrong button you’ll mess with your karma.

The game takes place in an open world based in Seattle. It has been split up into a few areas that are under control of the bad guys. You can either play through the main story arc, or banish your enemies from each area by destroying their mobile command base and completing some side missions such as finding secret agents or tagging places with your graffiti (which is pretty cool in the game. You hold the controller sideways like a can, and shake it (you can hear the rattle in the controller through it’s speaker) then spray away! It’s really well implemented). 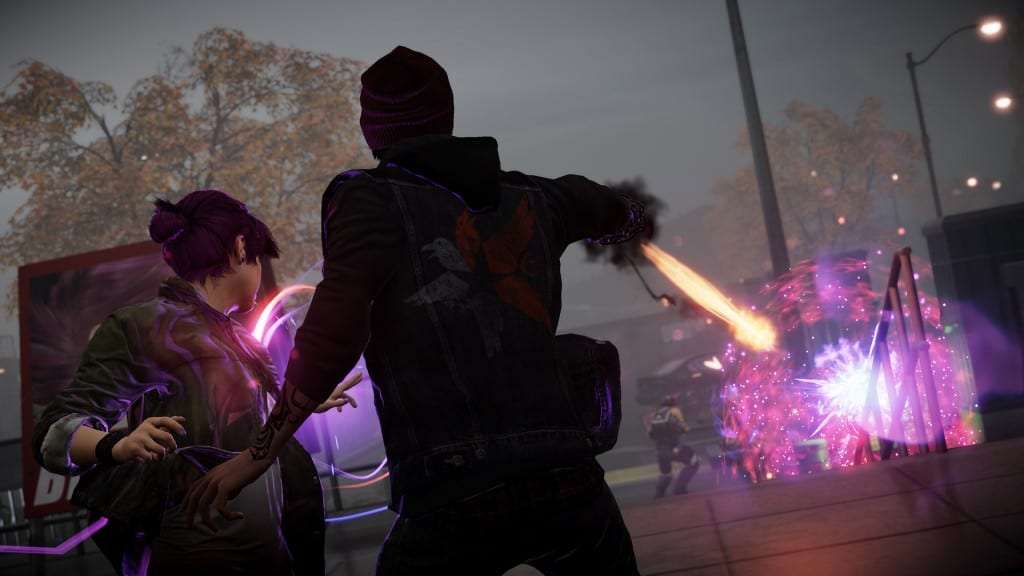 There’s lots we are not allowed to talk about in the review for fear of spoiling the game for everyone, but what we can talk about is how bloody good this game looks.

This is proper ‘next ten’ graphics! Seriously, it’s jaw droopingly gorgeous. Sucker Punch have done an amazing job on both the character detail and animation and the recreation of Seattle. We’ve read that Delsin, in smoke mode, breaks into 11,000 individual particles. That was unthinkable in last get systems. The lighting and weather system really make Seattle come alive, it’s just a pity more time and thought wasn’t put into the non playable characters you meet on the street. They tend to spout the same lines back as you as you run past / knock into them, and the don’t’ have the same visual fidelity as the rest of the game. While we can’t knock the game for how it looks there’s a couple of areas that just seem missing. 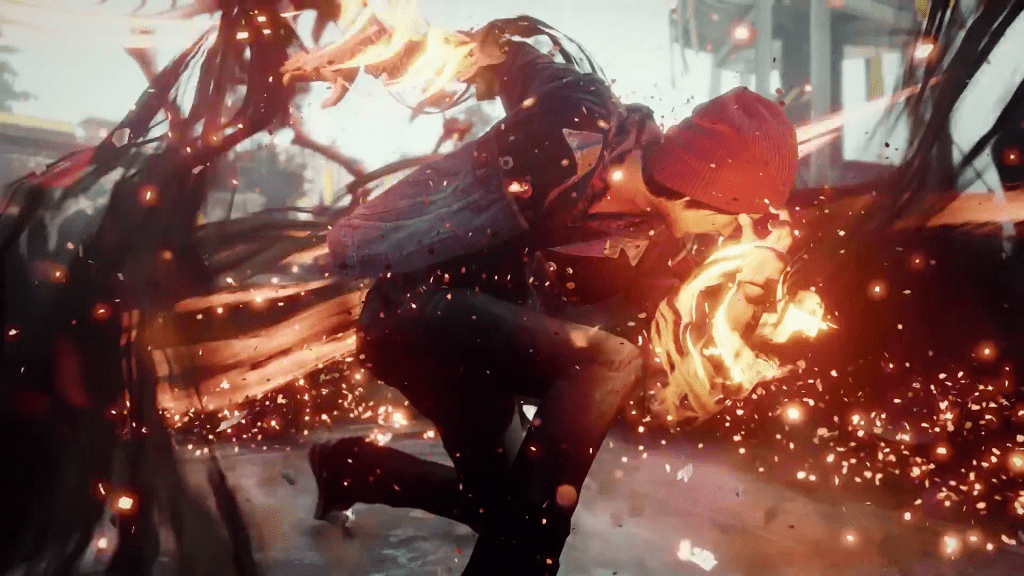 A prime example is the fact you can’t swim. If you end up in the water, you have to tap a button to return to land. In saying that, you’re not near water too often, but we’ve fallen in a couple of times, and would have like to be able to swim out as it pulls you out of the moment by just appearing back on land.

The acting is another area where Second Son is head and shoulders above its predecessors. You really do get sucked into the story. The acting is great and the facial animations are fantastic. Think of it like the next step on from L.A. Noir (which to us had the best facial animation up till now). .

There is a lot we’re not supposed to talk about so that we don’t ruin the game for everyone. We know there are more powers than just Neon and Smoke (and we’ve gotten some as well) and the story is much more involving that what’s noted above, I guess you’ll just have to trust us when we say that if you have a PS4, then you need this game. You’ll be showing it off to anyone who is still thinking about making the next gen jump as this will be the one where they go ‘OH! Right, I see the difference now’.