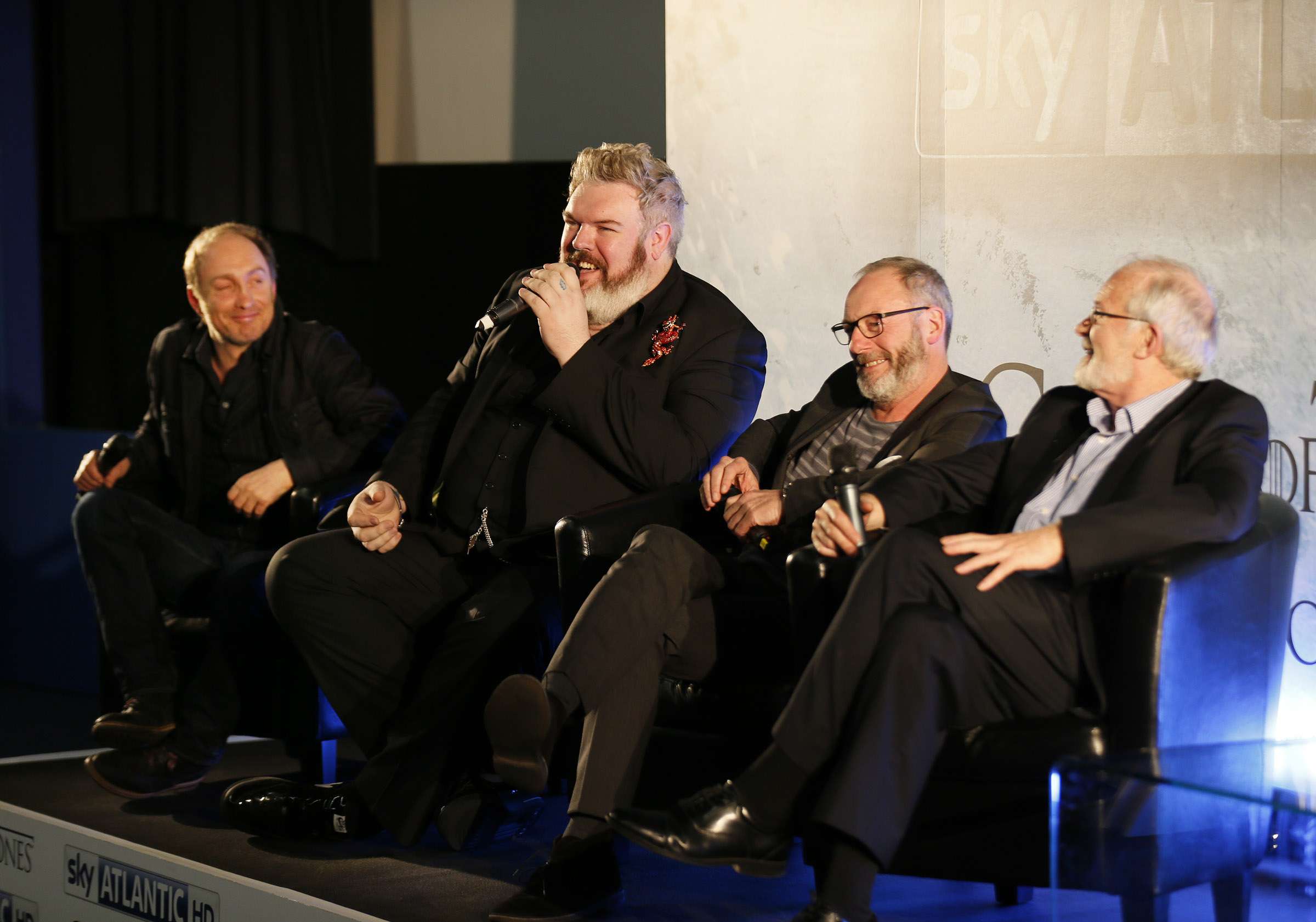 There’s only ten days left to wait until Game of Thrones returns to our screens, but some lucky fans got the chance to see episode one in at the Irish premiere in the Lighthouse Cinema on Wednesday night.

Many of the shows’ cast were in attendance and had a lot to say about the success of the show and its’ impact in the last few years.

Without giving away any spoilers, the first episode was great and had a lot more humour in it than previous episodes, along with covering a lot of plots within the hour. We easily seen four to five major plots with a further two or three directly mentioned, something Game of Thrones has always been good at doing. 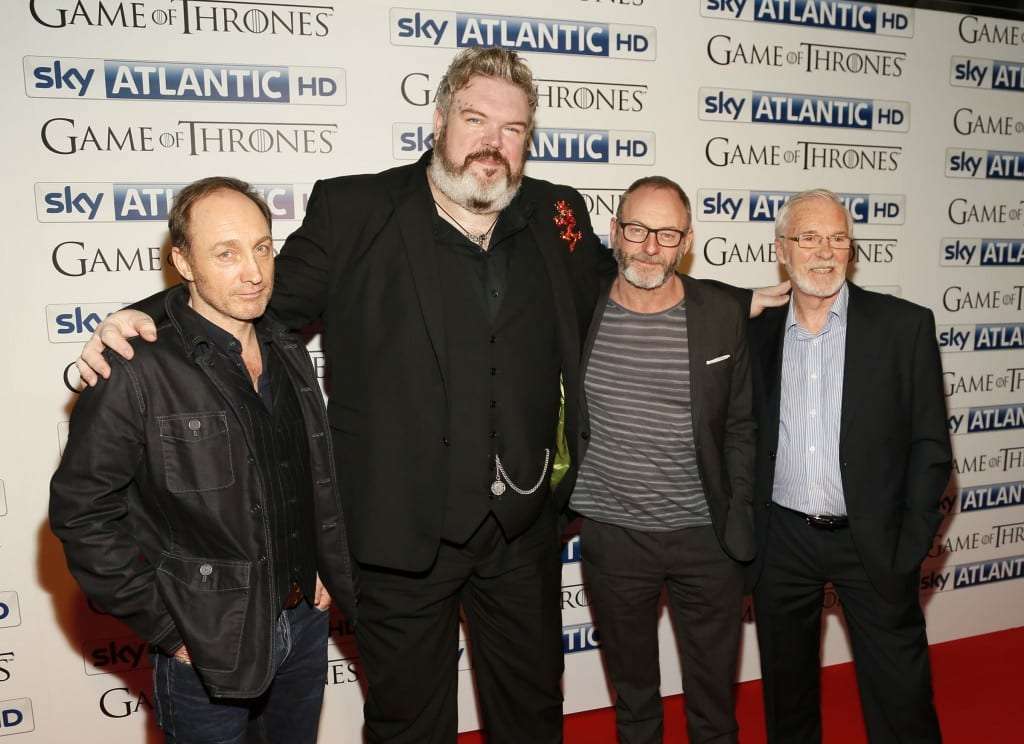 Speaking about how his character is portrayed in the show, Ian McElhinney (Ser Barriston Selmy) said “There’s been a lot of talk about Barriston’s military skills, but up this point it’s been mostly other people talking about it, I haven’t had to demonstrate too much, so we’ll have to wait and see”.

Kristian Nairn (Hodor) spoke about reading the books, saying that he “read about two pages and went screw this! – I’m a fan as well, I want to read it retrospectively.”

Michael McElhatton (Roose Bolton) said that he hasn’t gotten any abuse in the street after his actions in the infamous Red Wedding, saying that people are generally respectable to him when they meet him. He went on to talk about Season 4, saying “there’s kind of an interesting dynamic that plays out now between him (Roose) and his psychotic son”. 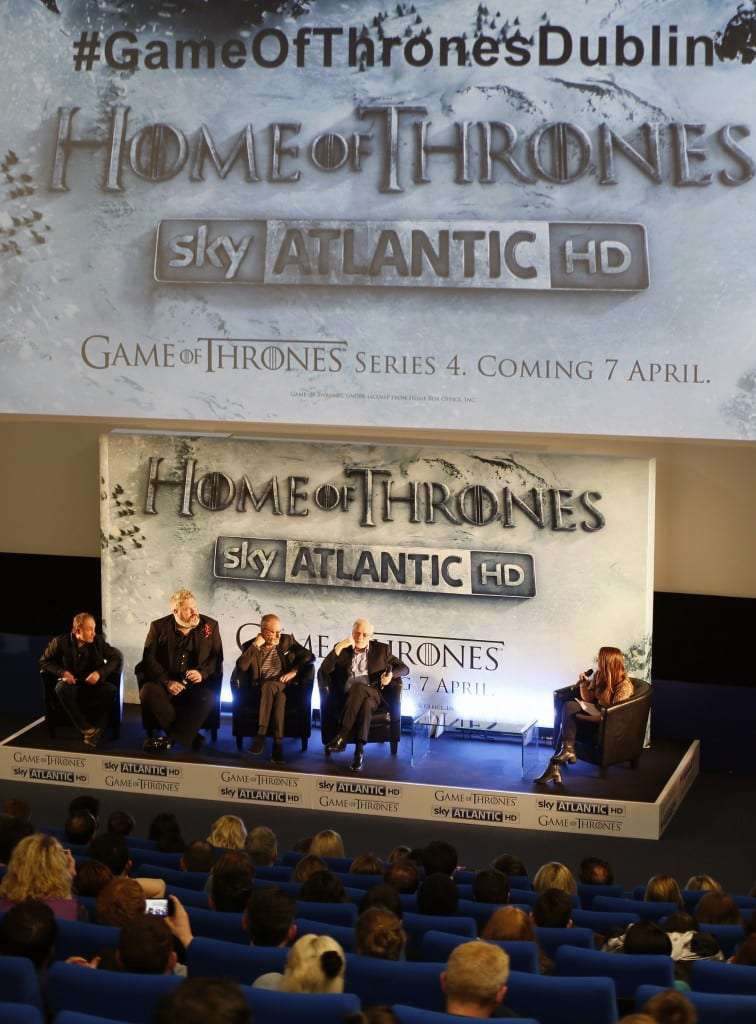 Michael McElhatton,
Kristian Nairn, Liam Cunningham and Ian McElhinney during a Q&A session at the Irish premiere of Game of Thrones Season 4 on Wednesday night.

Dublin actor Liam Cunningham (Ser Davos Seaworth) talked at length about his character, saying “without giving too much away, there’s going to be a bit of a change, we left Team Stannis in not too great a shape” and that there’s a “kind of regrouping this season which may result in some serious drama as it progresses”.

Game of Thrones returns on April 7th on Sky Atlantic and the first episode will be shown at exactly the same time as in the US which is 2am on the 7th, but if you can’t stay awake you can watch it at 9pm on Monday night.

All previous seasons are also available to watch on SkyGo right now.