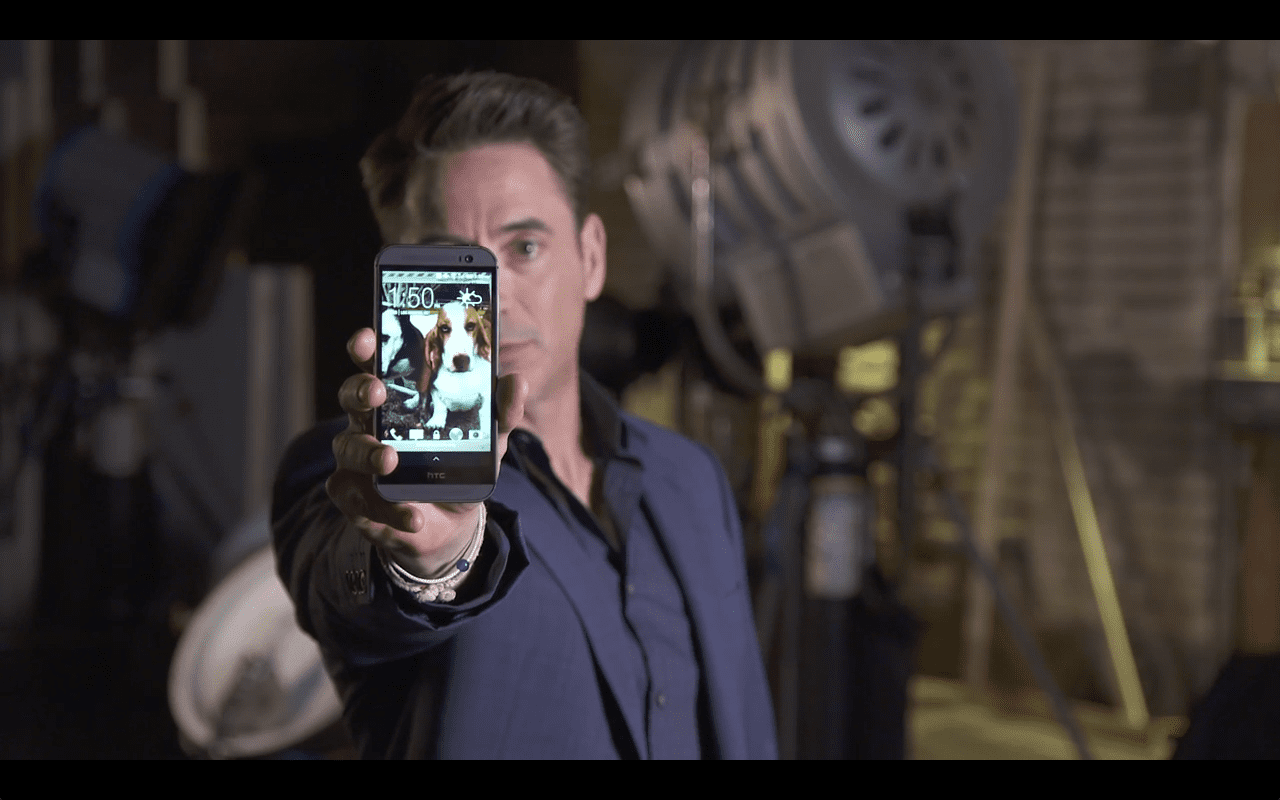 Here’s what Robert Downey Jr. has to say about the new HTC One (M8)

HTC tells us that HTC One M8 is selling like hot cakes not just in Ireland but around the world, but don’t just take their word for it, Robert Downey Junior has a few words to say on the matter.

The HTC One M8 appears to be off to a flying start and is gaining rave reviews with each passing day since it’s release. Be sure to stay tuned to TheEffect.Net as we’ll have our very review of this new flagship phone soon.

Dublin, Ireland, 9th April 2014 – As the product becomes available globally in its first official full week of launch, HTC has confirmed that the HTC One (M8) is the best-received model in its history, attracting a host of positive reviews from the media, unprecedented news coverage and widespread praise from industry experts and consumers alike.

Despite only being available in select markets so far, HTC One (M8) topped the consumer ratings and led search traffic for new smartphone models. Stocks have now been replenished across all markets with analysts predicting sales momentum to increase in the coming weeks as the HTC One (M8) rolls out to more markets.

“We’re delighted that consumers have recognised the sheer beauty, innovation and performance of the HTC One (M8) and have rushed to experience it for themselves,” commented Peter Chou, CEO of HTC. “Just holding the phone in your hand is enough to set it apart from any competition, and intuitive features of the new Sense 6 experience, such as Motion Launch, make this phone unlike any other on the market. The best phone of 2013 has gotten even better with the launch of the HTC One (M8) and it’s hugely exciting to see so many people agreeing with us, surpassing our expectations and demonstrating the value consumers place on combining beauty and performance.”

On the day of its unveiling, the HTC One (M8) trended globally on Twitter and Facebook and attracted more than eight million page views to the HTC.com web site, with more than three million viewing the live stream of the New York press launch. HTC is now focusing on ensuring a steady supply to many carrier partners in key markets whose stock has already sold.

“In the last 12 months we’ve taken important steps to ensure our supply chain is robust and able to satisfy the demand for the new HTC One (M8) and our other product families,” continued Chou. “Today, we are completely focused on placing an HTC One (M8) in the hands of everyone who wants one.”

Early consumer reviews of the device gave top scores for look and feel, screen and sound quality – and battery life also scored 4.66 out of 5. Many of the top expert reviewers are calling it the “best smartphone of 2014” when compared against other leading models announced so far this year.  This has resulted in positive sales forecasts from industry analysts based on both the HTC One M8 and HTC Desire 816 which has over 1 million pre-orders in China since its announcement in early March.  Jason Mackenzie, President of HTC Americas tweeted last week confirming that they were very satisfied with sales performance so far – confirming the optimism within the company based on early indicators.

Global HTC brand ambassador, Robert Downey Jr, commented on the public reaction to the new HTC One (M8), “I’m in business with HTC because they do one thing, and are perceived as the best at doing it. HTC is beyond compare when it comes to design. Look at the reviews; sometimes they aren’t so important, sometimes they define status, but in the tech world they’re everything.”

The HTC One (M8) is already widely available across North America and EMEA, and will roll out across Asia in the coming weeks.