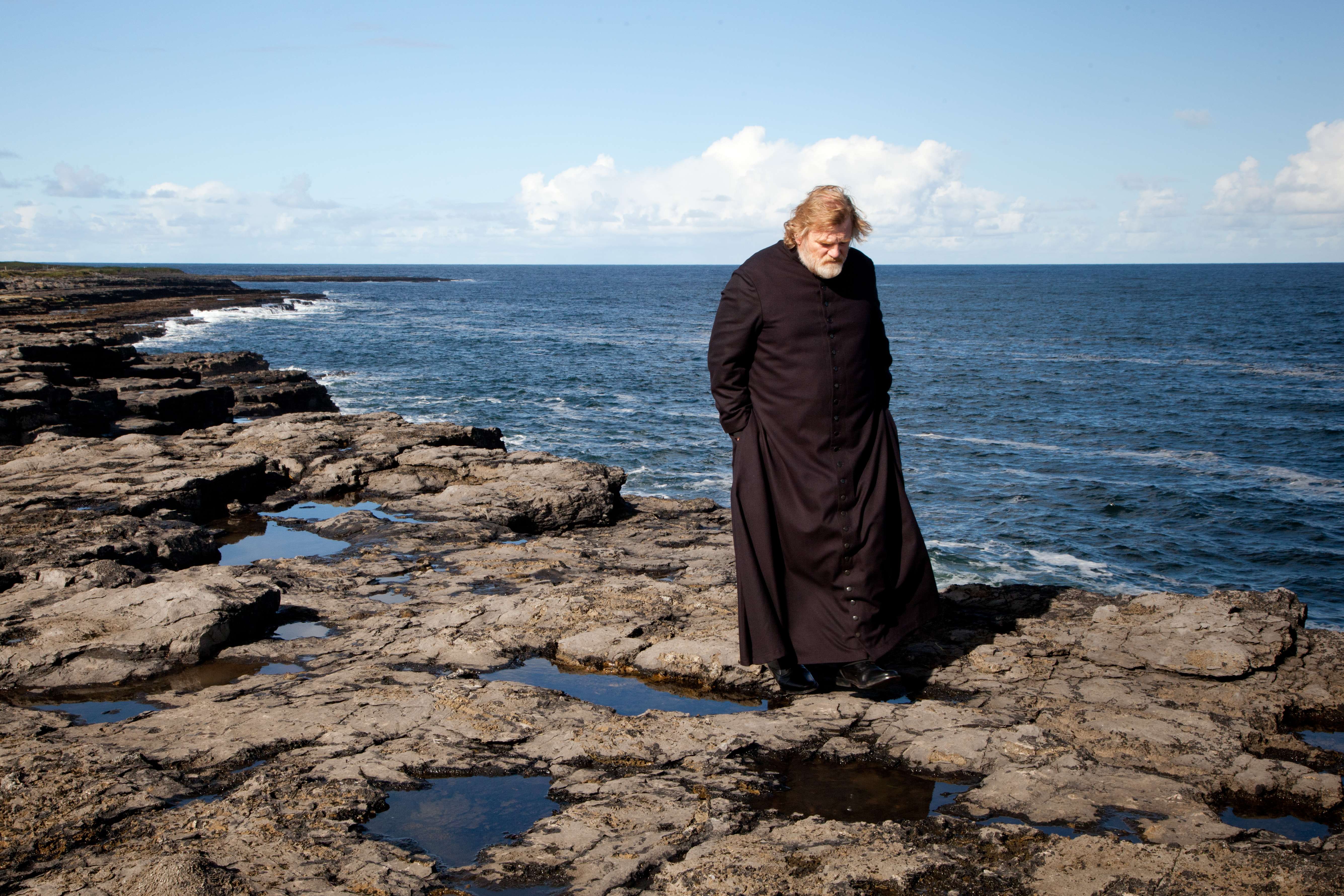 Calvary review – A sin or a virtue?

Calvary attempts to mix dark humour, real-world issues and a huge cast together, but does it all work?

Director John Michael McDonagh returns to the west of Ireland in Calvary, after bringing his crime comedy The Guard there in 2011.

By Irish standards, a movies’ cast doesn’t get much more star-studded than here in Calvary, and it has really paid off.

Father James (Brendan Gleeson) is the local parish priest in a small town in Sligo who hears something fairly ominous in the confession box. 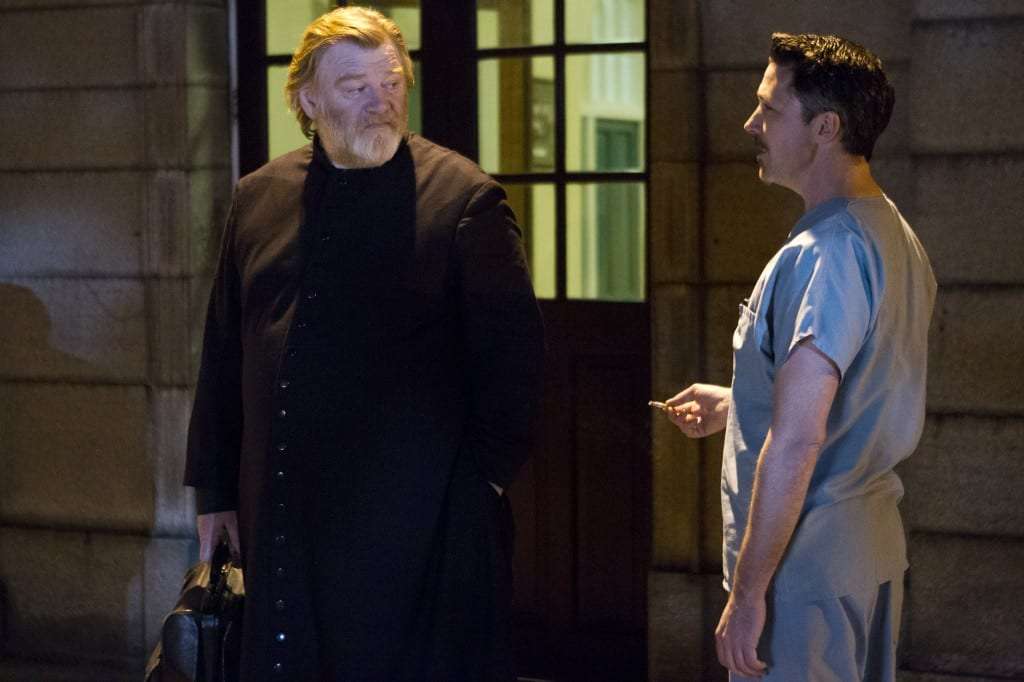 Instead of a sin, Father James receives a death threat by someone who claims they were abused by priests as a child, and their reasoning behind killing Father James is because killing a good priest would cause more of a stir.

The man making the threats is nice enough to inform Father James when and where he plans to kill him (Sunday week, on the beach). The fact that James knows who it is but doesn’t tell either the police or us, the audience, makes the entire movie sort of a whodunit, or even a whosgonnadoit.

Father James goes about his daily life for the next week, with increasing pressure on whether or no to tell anyone who threatened him.

This leads to some tense moments throughout the movie, and it seems like everybody in the town is out to get their own jab in at Father James or the clergy in general. 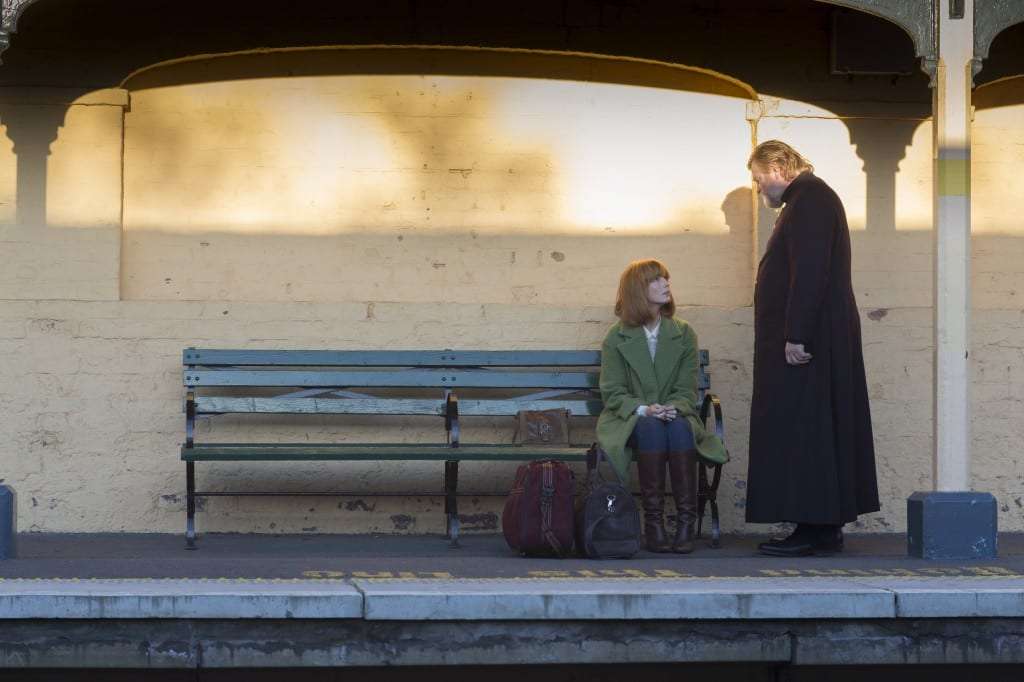 Dr Frank Harte (Aiden Gillen) is an atheist doctor who tries to push Father James’ buttons at every turn, while Michael Fitzgerald (Dylan Moran), a rich ex-banker who made it big during the boom toys with James by offering donations and showing his disregard for expensive things which he owns.

Of course, Father James isn’t a typical priest who joined the clergy young, he’s a windowed, ex-alcoholic with a suicidal daughter named Fiona (Kelly Reilly) and he’s a latecomer to the priesthood.

Fiona comes to stay with Father James after an attempted suicide and a bad history with drugs and men, and the emotion and development between both Gleeson and Reilly as the movie progresses is one of the highlights as their characters struggle to talk about their late wife and mother respectively. 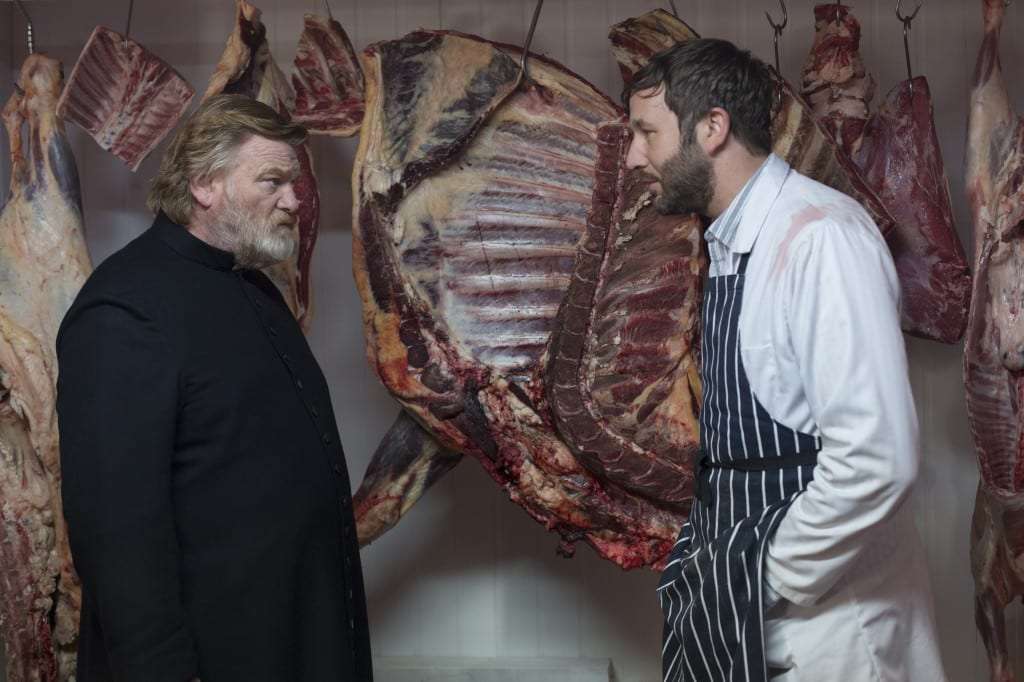 Throughout the movie James has a number of run ins with the locals, such as barman Brendan Lynch (Pat Shortt) who’s pub is being foreclosed, Inspector Gerry Stanton (Gary Lydon), the local Gardaí and Jack Brennan (Chris O’Dowd) whom Father James suspects is beating his wife Veronica Brennan (Orla O’Rourke) because of her affair with Simon Asamoah (Isaac de Bankolé).

A lot of the smaller stories and run ins during the movie don’t add that much to the plot, in fact some of them kind of go nowhere, but it doesn’t matter because the script and performances are so good that you’ll be enthralled anyway.

One such encounter that stands out is Father James’ meeting with Freddie Joyce (played by Brendan Gleeson’s son Domhnall Gleeson) in a prison which pushes James to his limits and looks as if it forms cracks in his religious beliefs. 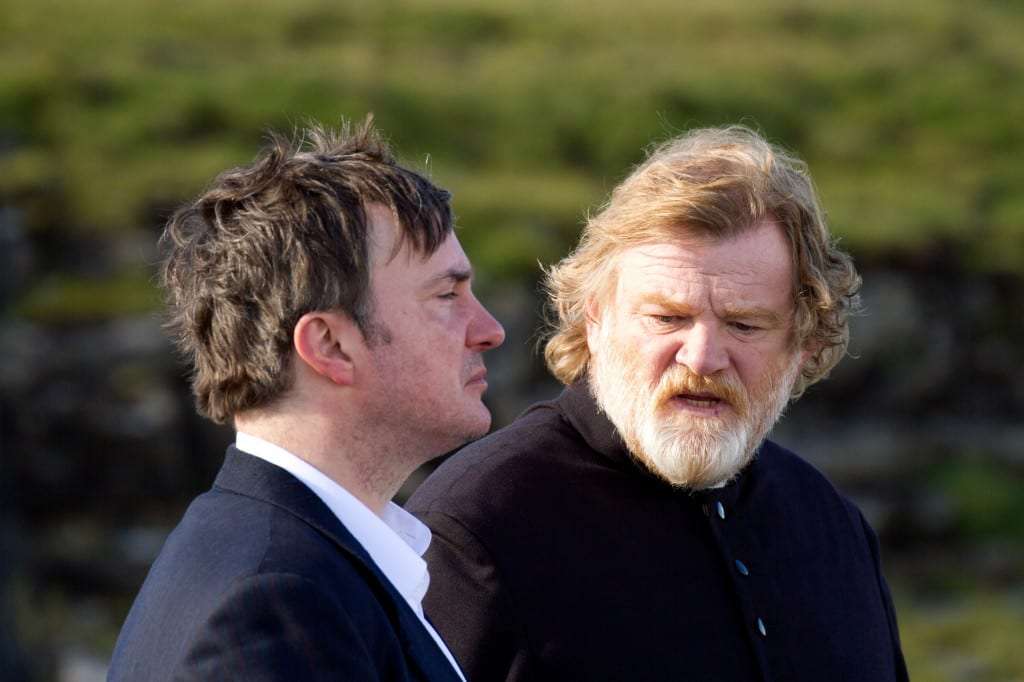 There’s a sort of Wild West feel to the whole movie, mashed together with a suspenseful murder-mystery and with some moments of dark humour thrown in for good measure. Calvary also messes with your heartstrings quite a bit, and can get fairly philosophically deep, but not so much that it becomes bothersome.

The Irish Catholic church actually comes across much better anyone could have expected and Calvary does by no means exist just to criticise them. Of course it does shed a light on corruption, scandal and abuses were wrongly handled inside the church, but it also makes you feel for genuinely good priests who have to live with being looked down upon and hated by a large part of society.

Deep, thought-provoking and with a stunning performance from Brendan Gleeson, Calvary simply is one of the best Irish movies of all time.