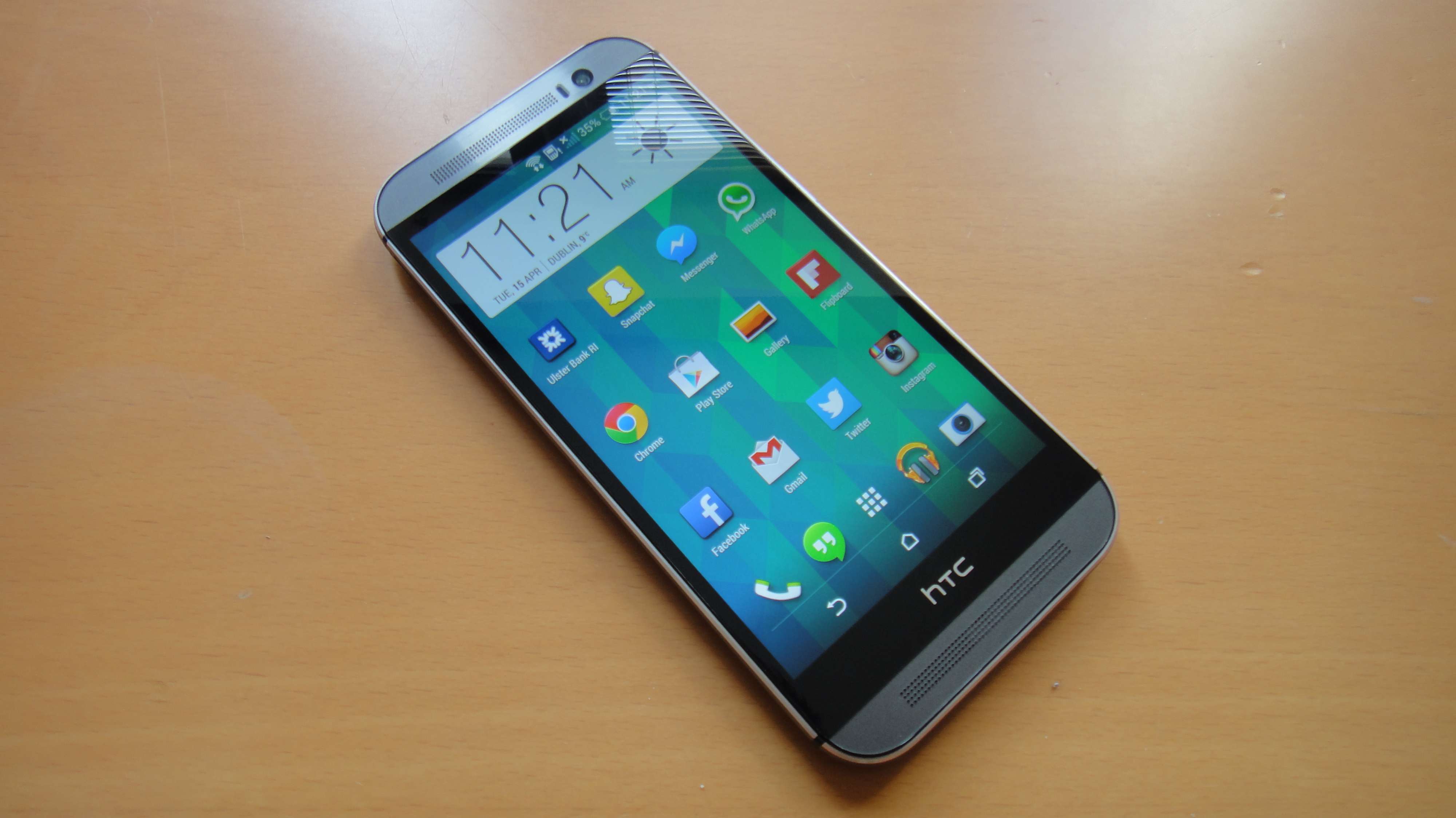 On March 25th, after months of speculation, leaks and even hands-on videos, the brand new HTC One (M8) was revealed to the world. Seen by many as an evolution of what was an already multi-award winning phone in last year’s One (M7), the M8 is already creating quite a stir within the tech world. We’ve just finished up our time with the latest flagship from HTC and we can’t wait for you to find out what we thought; here is our review of the HTC One (M8).

So, if you’ve been living under a rock for the last 6 to 8 months, you may not be aware of the specs and appearance of HTC’s latest smartphone so you can pop over to our announcement post for the M8 to get up to speed with the details and then we can continue. The M8 has the latest and greatest specs when it comes to the smartphone arena and it also has a few unique features also to try and swing you in favour of picking it up. First, we’ll start with the appearance.

“the HTC One (M8) is yet another beautifully designed phone from the guys at HTC.”

The old HTC One was one of the best design phones we’ve ever seen and the new One looks even better. Made from 90% brushed aluminium, with the now infamous BoomSound stereo speakers up front, a new ‘Duo Camera’ on back (which we’ll talk about in a bit) and a larger 5″ display, the One M8 is yet another beautifully designed phone from the guys at HTC. 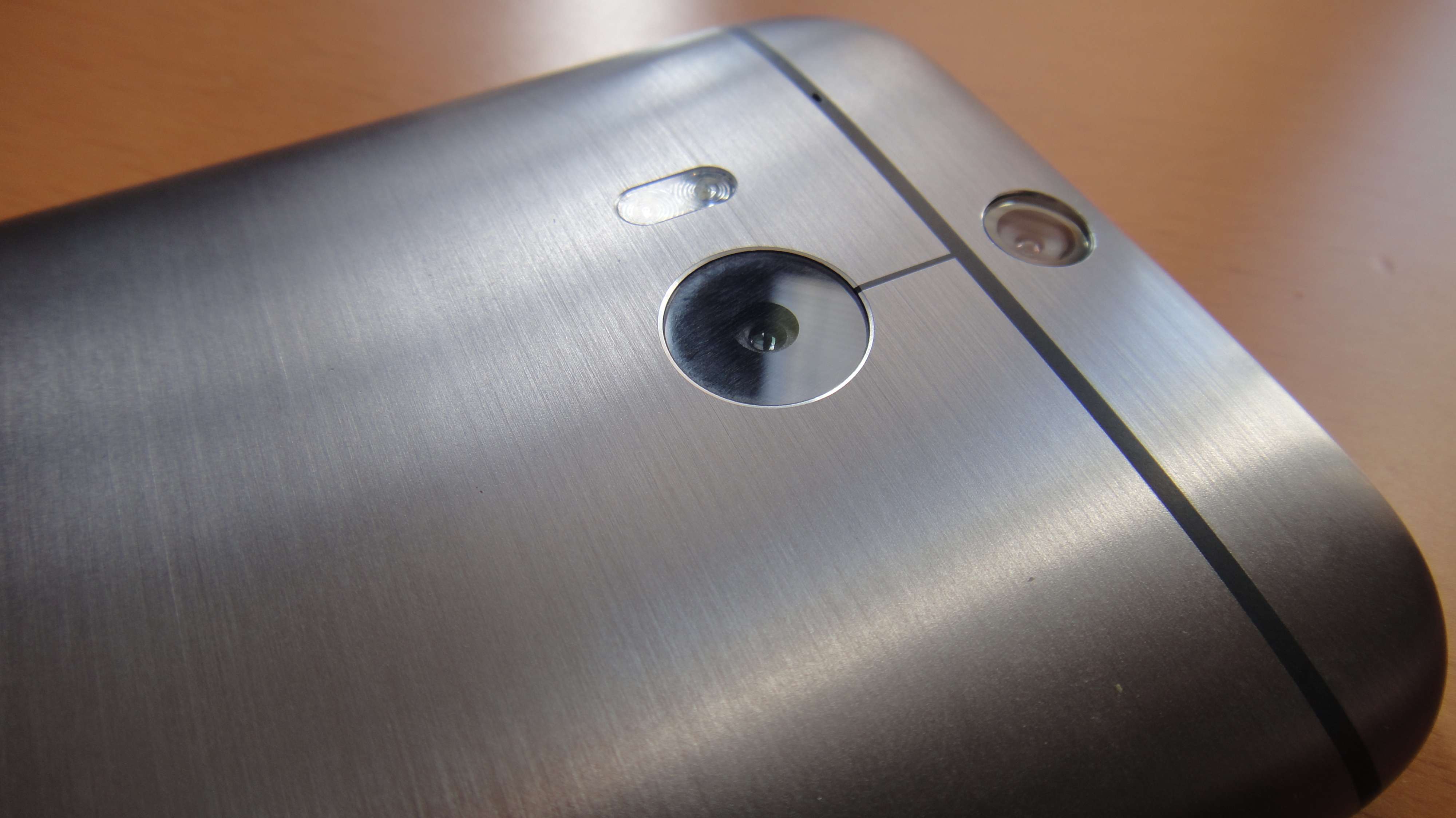 There’s no denying that is quite a large phone and even for my large hands, the screen can be a bit of a stretch to reach the far corners. The large size of this phone can be seen to be a result of the improved BoomSound speakers on the front and it’s a compromise I’m willing to live with when the amazing quality of the speakers is taken into consideration.

They are, hands down, THE best speakers on any smartphone available right now. I’m constantly finding myself creating any excuse to use them just to hear how loud they can go. Anyone who has heard to speakers on the old M7 will know how impressive they were but these new speakers are said to be 25% louder and I believe it. 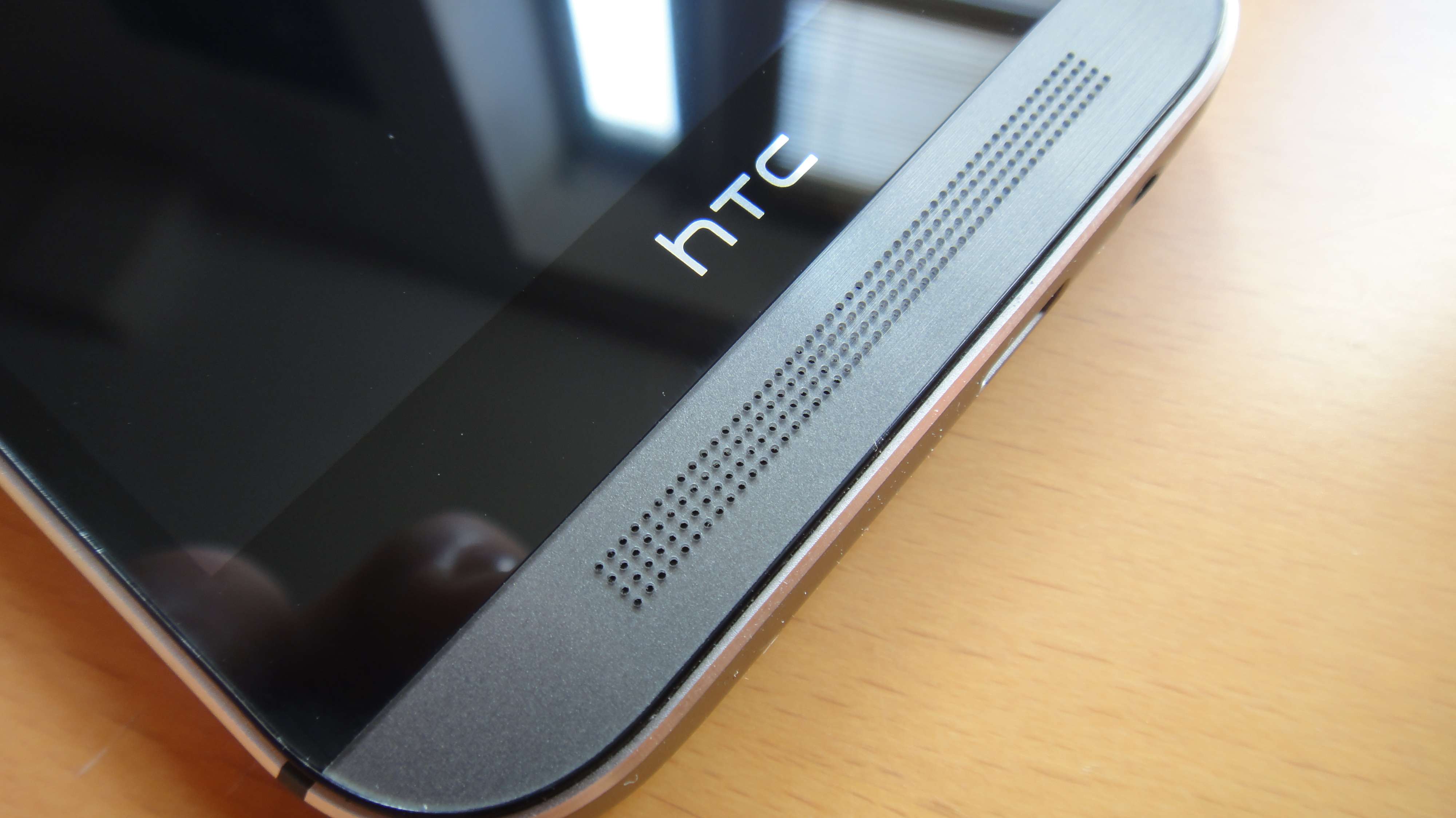 The screen also got a nice bump up to 5″ from the 4.7″ of the old One and it looks as good as ever. Viewing angles are great and the response time (which is said to be the fastest in the world) is simply out of this world. Overall, this is definitely one of the best designed and best built phones we have ever used and HTC deserve all the recognition they get when it comes to this phones aesthetics. The inclusion of a Micro SD card slot on the right of the phone is a brilliant addition also for you app-hungry users out there.

The new M8 has the latest version of Sense 6.0 installed or ‘6th Sense’ as HTC like to call it and this is one of the nicest skins on top of stock Android we’ve used. Sporting a much flatter appearance and colour accenting, the design of the skin actually compliments the phone extremely well. 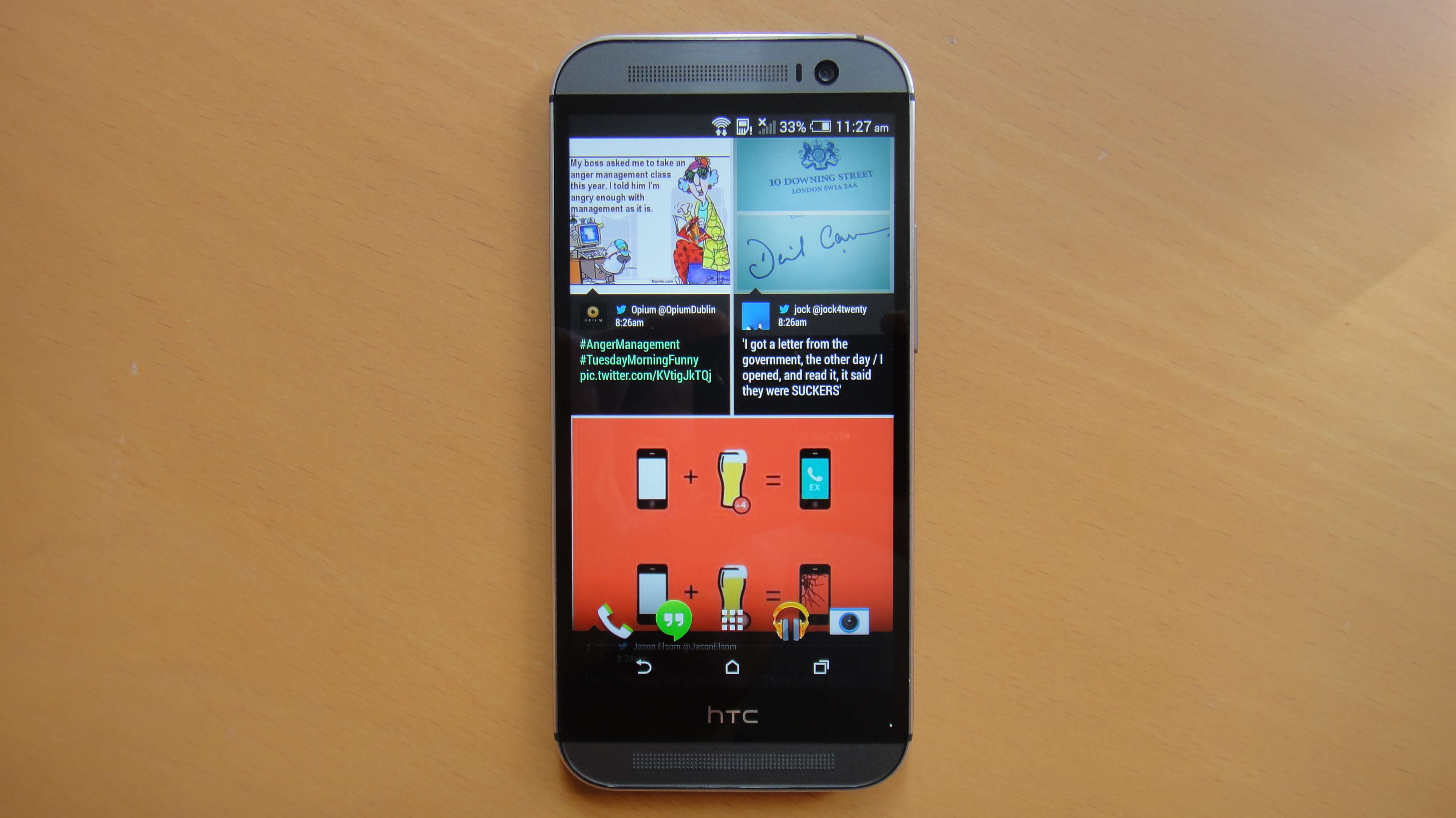 HTC have also introduced some very handy new unlocking features for the screen called ‘Motion Launch’. You now have a number of different ways of unlocking the phone other the the unfortunately place physical unlock button the the very top of the device. You can double tap to turn on the screen to show the lock screen, slide up from the bottom to go straight to what you were doing last, slide from the left to launch BlinkFeed (which has been given a nice makeover also and is much easier to use) slide from the right to launch widgets and finally slide down from the top to launch voice calling. There is also the ability to place the phone when it’s ringing to your face to answer it, no screen presses required. There are many other OS tweaks and nice little software touches which add to the overall ease of usability for this device.

Last year, HTC decided to ignore the megapixel race that was going on between smartphone manufacturers and focus on creating a new camera technology that we now know as UltraPixel for taking better low-light images.

This time round, they’ve kept the UltraPixel technology but have added a second camera, or depth sensor, to the back of the phone to add a lot more creative options to your photos. This new sensor reads the depth of any scene and then allows you to manipulate the image in different ways, like changing the focus in an image, even after the shot was taken.

Here are a couple sample shots we took to test out the various features. The first effect is the UFocus effect which blurs the background to create a ‘DSLR Bokeh’ effect. The second one is the Foregrounder effect which allows you to apply various effects to the background of an image whilst keeping the foreground in focus. 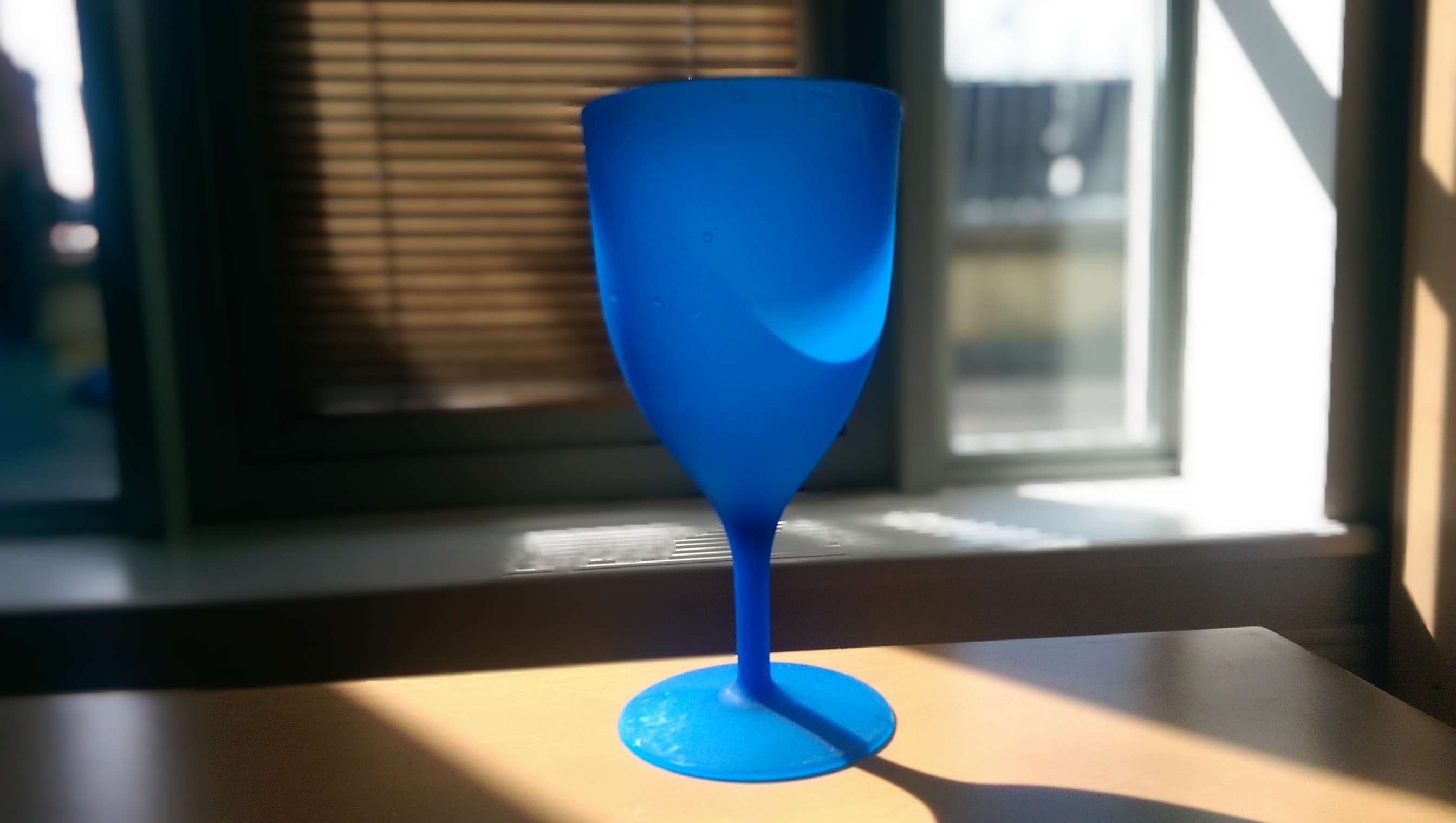 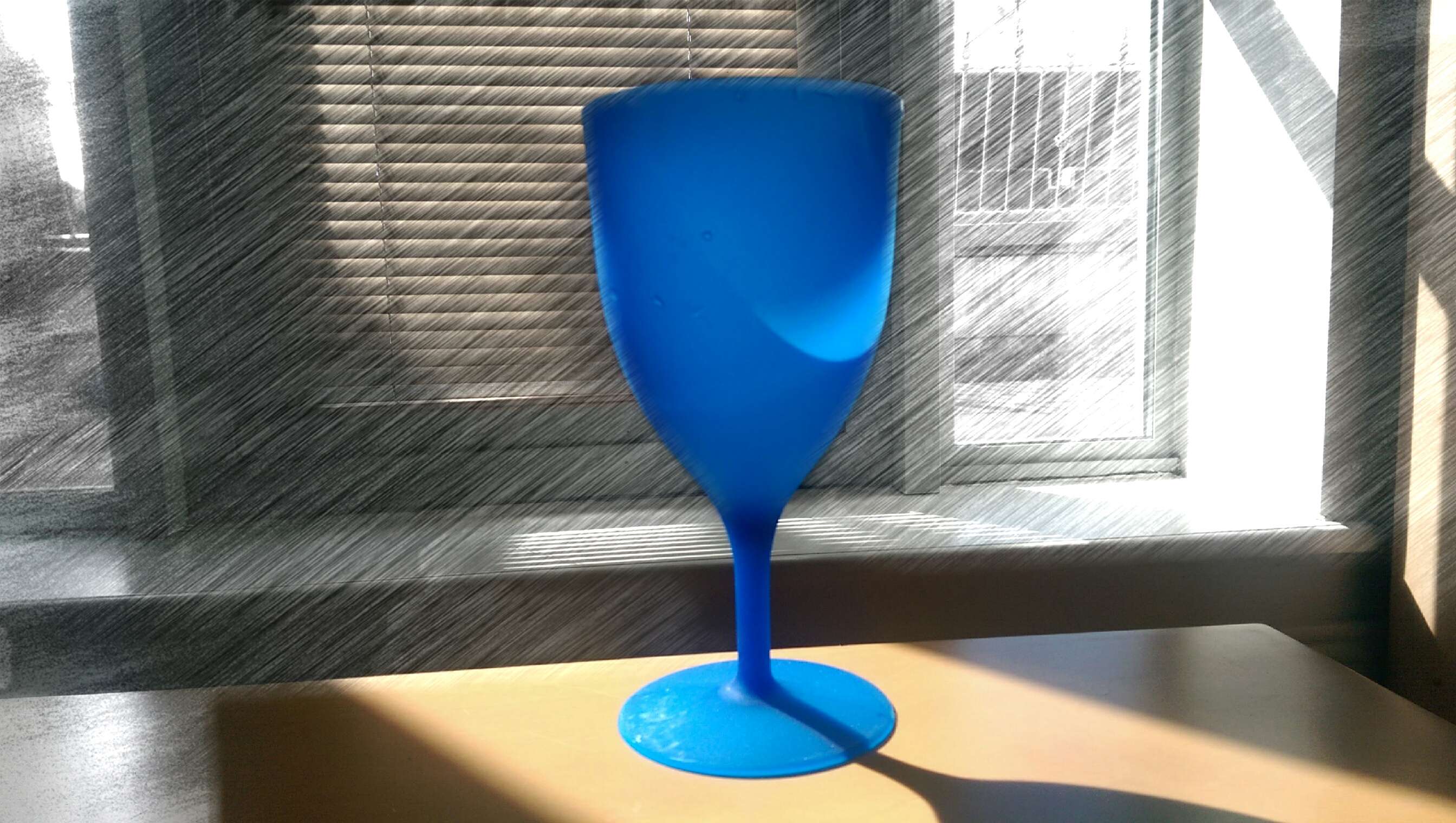 As of right now, we can’t help but feel that there isn’t really enough different effects and settings to use this Duo Camera set up to it’s full potential but we have a feeling HTC are hard at work creating new modes and features to show off this unique camera set up. 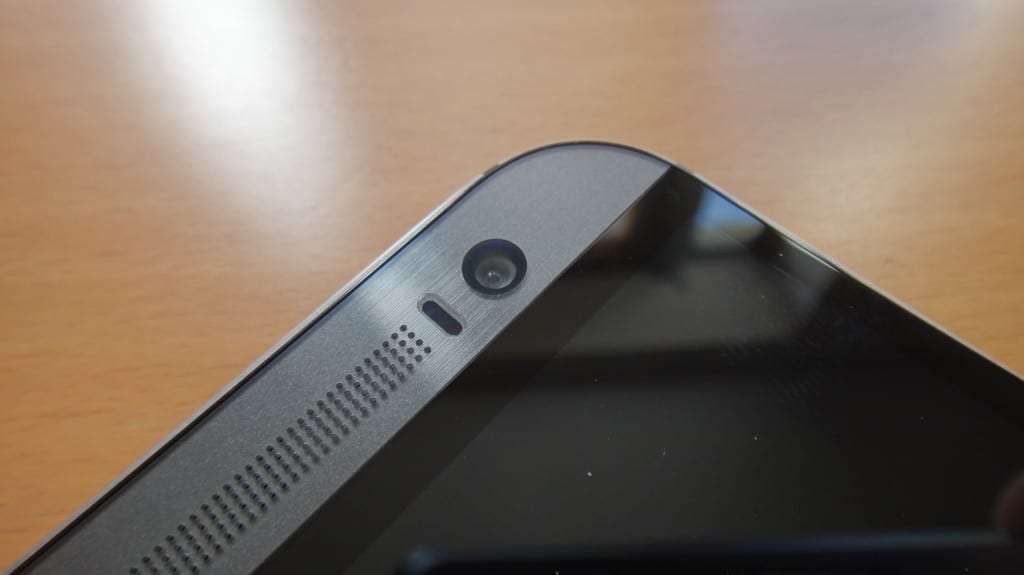 “We no longer have to do a ‘power-socket-scan’ when we enter a room for fear of our phone dying mid-meeting.”

With the latest Snapdragon 801 processor and a larger 2600mAh battery with added power saver modes, the battery life on the new M8 is spectacular. We managed to get a full day of heavy usage out of it and still have over 20% battery remaining at the end of the day. 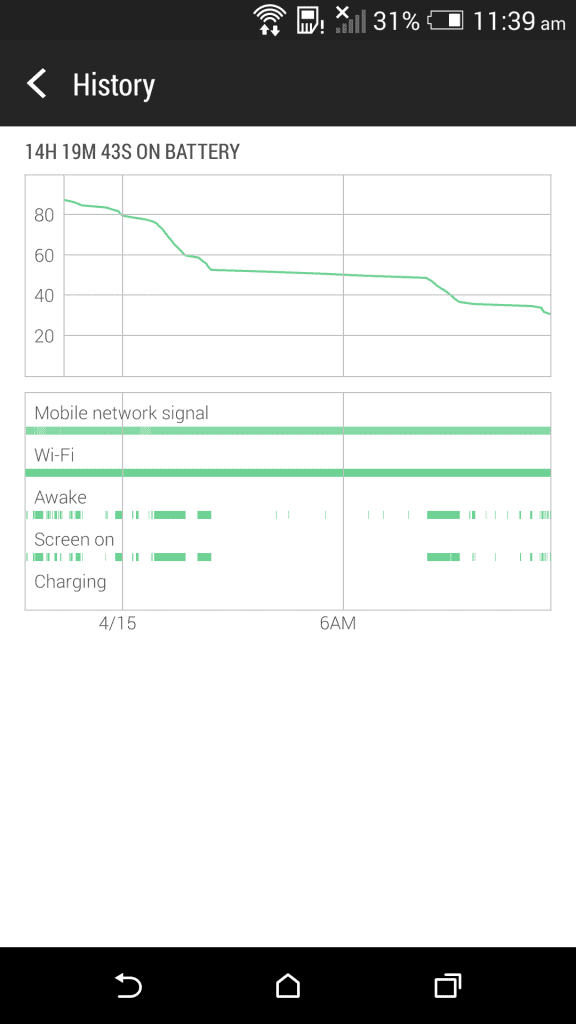 We’re simply delighted HTC have focused on this for the new One and it really seems to have paid off. We no longer have to do a ‘power-socket-scan’ when we enter a room for fear of our phone dying mid-meeting.

With all of the leaks, rumours and speculation, the eyes of the tech world were on HTC when the officially announced the successor to both theirs and one of the world’s most awarded phones.

The New HTC One M8 has more than lived up to the hype HTC have created for it and their tagline ‘The Best Just Got Better’ is a perfect description for the latest flagship. We would have no issues whatsoever in recommending this phone to anyone looking to pick up a new smartphone because we can guarantee, you will not be disappointed. It looks like lightning can strike twice!