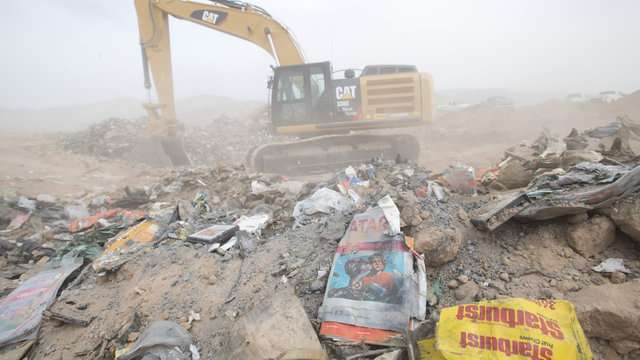 In an event that gives the Mythbusters a run for their money, one of gaming’s biggest urban legends has been solved and confirmed to be true.

On Saturday 26t of April, an excavation crew lead by Microsoft and Fuel Entertainment uncovered a major find at a land fill site in Alamogordo, New Mexico. What they found was a significant amount of copies of ‘E.T’ for the Atari 2600 plus other games and hardware. The game, which served as a video game tie-in for the 1982 classic about the widely adored Extra Terrestrial’s adventure to go home, is dubbed as the worst video game of all time and is argued to have helped cause console gaming’s temporary collapse in the 80’s.

For those unfamiliar with the Atari legend, it was said that in the midst of Atari’s crash in the early 80’s they buried a speculated 3.5 million copies of the E.T game, along with other games and Atari consoles somewhere in the New Mexico desert. In 1982, Atari produced a port of the famous arcade game Pac-Man and struck a deal with Steven Spielberg to make a video game tie-in for his ‘E.T: The Extra Terrestrial’ film that was to be released the same year. Atari, who were at the time valued at $2billion, were so confident in their console that they produced 5million copies of the ‘E.T’ game and a whopping 12million copies of Pac-Man despite the fact only 10million Atari consoles had been sold.

While the Pac-Man port was critically slated among the gaming community, it did end up selling reasonably well, with 7.7million copies sold out of the 12million manufactured. However the real failure came with ‘E.T’. Initially, only 500,000 copies of the game were sold with that number eventually rising by another million. The game was plagued with bugs and glitches making it borderline unplayable for any poor soul who purchased the game. Critics and gamers hated it so much that it is still regarded as the worst video game ever made.

As a result, merchandisers sent millions of unsold merchandise back to Atari. With no space to store the clearly unsellable products, Atari had to come up with a solution. In September 1983, it was reported that between 10 and 20 trucks left Atari’s factory in Texas and drove to the New Mexico landfill to dump the millions of games. Security was on hand to prevent reporters and local residents access to the Alamogordo dump while the material was disposed of. A layer of concrete was then poured onto the pile to prevent it from ever being uncovered, and thus the legend began.

It was long debated whether Atari had really buried the ill-fated games, but that didn’t stop people attempting to uncover a piece of gaming history. Over 30 years after the burial, 200+ residents and gaming enthusiasts turned up in Alamogordo to assist Fuel Entertainment’s documentary crew to hopefully uncover a treasure trove of gaming history. After a few hours of digging, the crew finally brought closure to the widely argued myth by finding an array of games and hardware, most of them being the infamous ‘E.T’ game. For those hoping for a find of the rumoured 3.5million+ cartridges will be disappointed however, with James Heller of Atari on site to confirm that only 728,000 cartridges were buried and that he was the man who gave the order to pour concrete over it all.

The documentary surrounding the dig, directed by Zak Penn (co-writer of X-Men 2 & X-Men: Last Stand), is part of Microsoft’s attempt to bring original content to Xbox Live and will stream as a series exclusively on Xbox One and Xbox 360 later in the year.