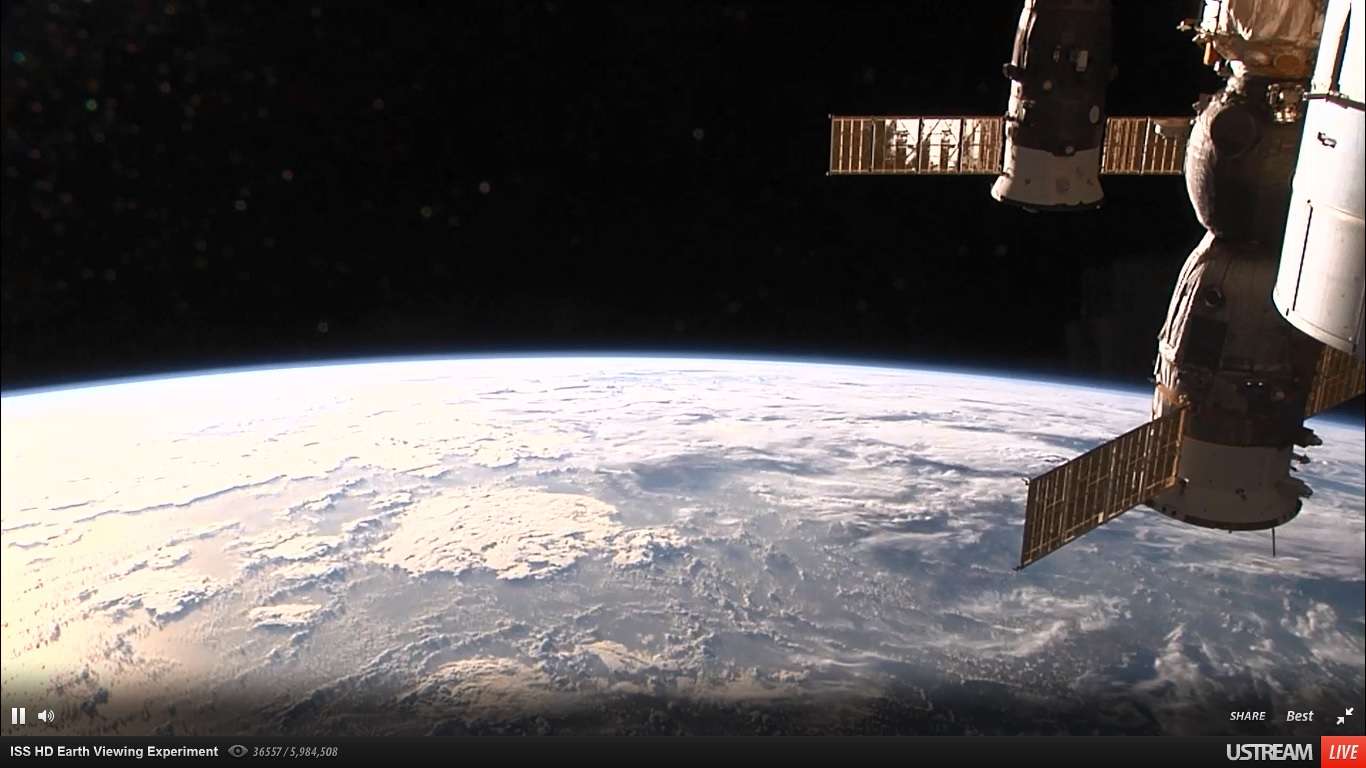 The High Definition Earth Viewing (HDEV) experiment is one of the coolest experiments happening on the ISS right now, and the one that we can directly reap the benefits from.

The experiment consists of four HD cameras mounted outside the station and while the cameras are temperature controlled, they are still exposed to solar radiation so that astronauts can understand what effect the radiation has on the cameras.

The cameras show amazing views of earth, although the feed will be grey during bad connectivity or black when the ISS is on the dark side of the planet.

You can watch the feed directly below or watch it here while looking at a live map of where the station is currently flying over, via the European Space Agency.

There’s no sound either, so pick a suitably epic soundtrack yourself and enjoy.