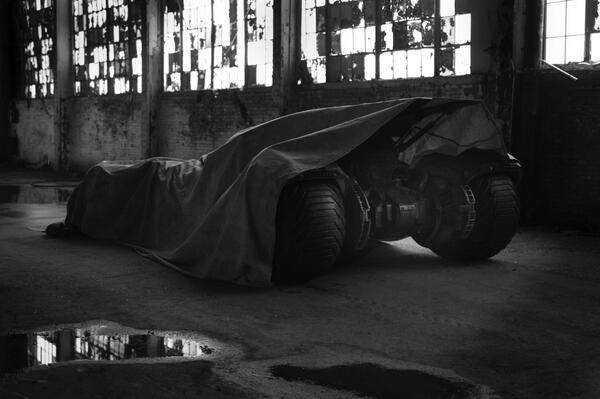 The Batman vs. Superman director, Zack Snyder just shared what we can assume is the first photo of the new Batmobile on Twitter! I’m not joking. This is real… Check it out!

Okay I know The Batmobile is covered with a tarp, but Snyder does tease that it may be taken off tomorrow. Is that when we’ll get our first full look at Batman’s new wheels? Or perhaps Warner Bros. will release the first official Batman vs. Superman photos this week too. Earlier today on Facebook, Gal Gadot said it was going to be a busy week for her and we know that Batman vs. Superman is rumored to begin production next week, so maybe the cast and crew are going through some final rehearsals and camera tests this week.

So what do you think? Will we see just how WONDERful Gal Gadot looks as Wonder Woman, but more importantly, will we see how Ben Affleck looks as the Dark Knight! Or will Snyder just show us the Batmobile?