To start with I’m not exactly a gamer. I tend to sit and watch the games being played and reviewed by the lads at TheEffect.net and although I appreciate the storylines and graphics, I can never quite get into the games. The controls somewhat scare me. I tried playing LA Noir because it was story based, but I kept crashing the police car causing more damage than good. It frustrated me. When Fez came in, I wanted to give it a go because it looked a little different. 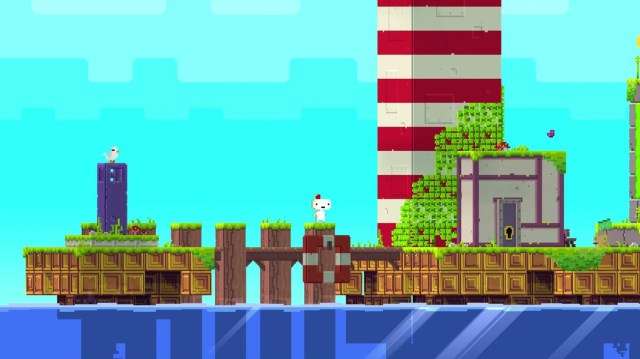 Basically the little dude is called Fez because of the little fez he wears on his head. In the game, Fez believes he’s in a 2D world until he finds this artifact and his whole world changes as he discovers a third dimension. Fez’s mission is to find all the artifacts to make golden blocks from pieces scattered around the world and unlock the doors to new worlds.

The actual game is in 2D, but you can swivel the world to unlock another three sides. When you swivel the world it reveals a puzzle of various ways for you find the pieces. The movements range from normal jumping to bouncing on mushrooms to climbing up vines. Sometimes all three at once! 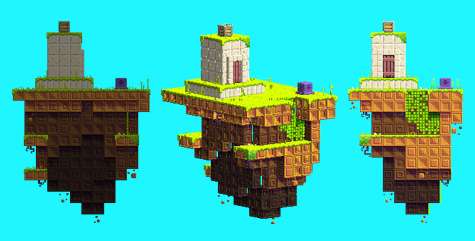 I loved the fact that you can’t die in this world. Well, you can, but there’s no penalties for it. You simply start at the last point and try again.

There’s no one to fight in the world. It’s all just Fez making his way around the world to find bricks to make blocks to unlock doors. You travel through a door to another little island like place and sometimes you can find another. If you get lost and can’t find your way back, there’s always the map to check. I did find the map a little annoying. I could swivel it like the worlds, but I couldn’t move around to check other areas. It did tell you if you’d found everything in that piece of the world, so you could move on in the map, which was handy. 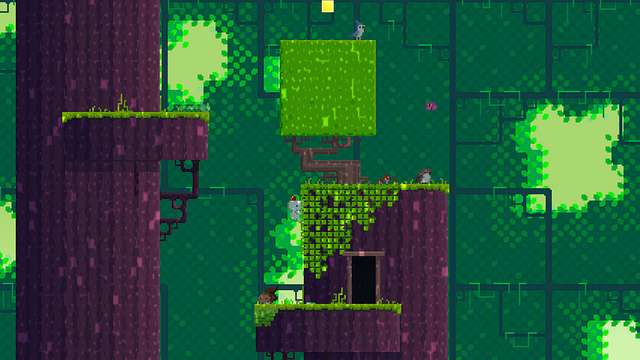 Overall, this was a cute little puzzle game with a funny little character to play with. It’s an ideal game for those who are not quite up to mega gaming standards or just starting to get interested.