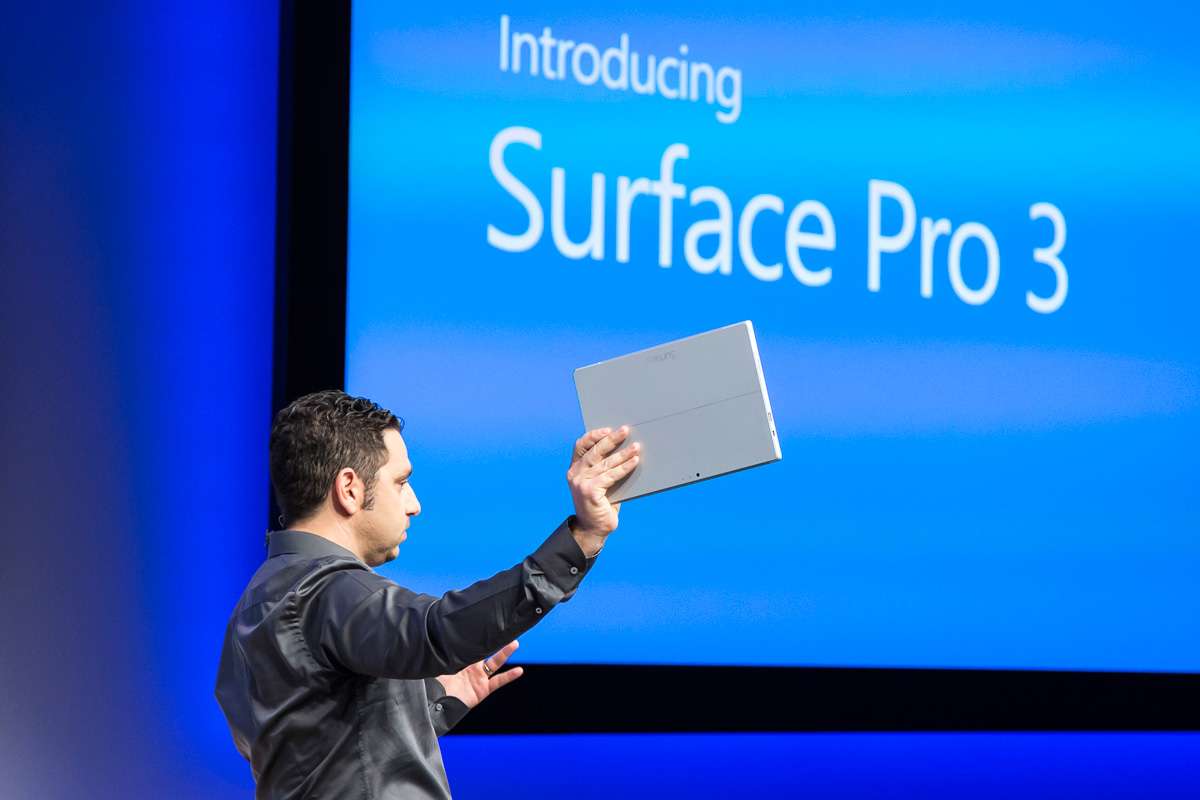 Microsoft has today unveiled the Surface Pro 3, the newest model of its Surface tablet/PC range that it’s calling “It’s the tablet that can replace your laptop”.

The Surface Pro 3 runs full Windows 8.1 as the ‘Pro’ name suggests and this model changes the flow from previous Surface devices, bumping the screen size up to a 12 inch full HD display (2160 x 1440 resolution) and it’s thinner and lighter than before, actually being half the thickness of a MacBook Pro and 30% thinner than an 11-inch MacBook Air. 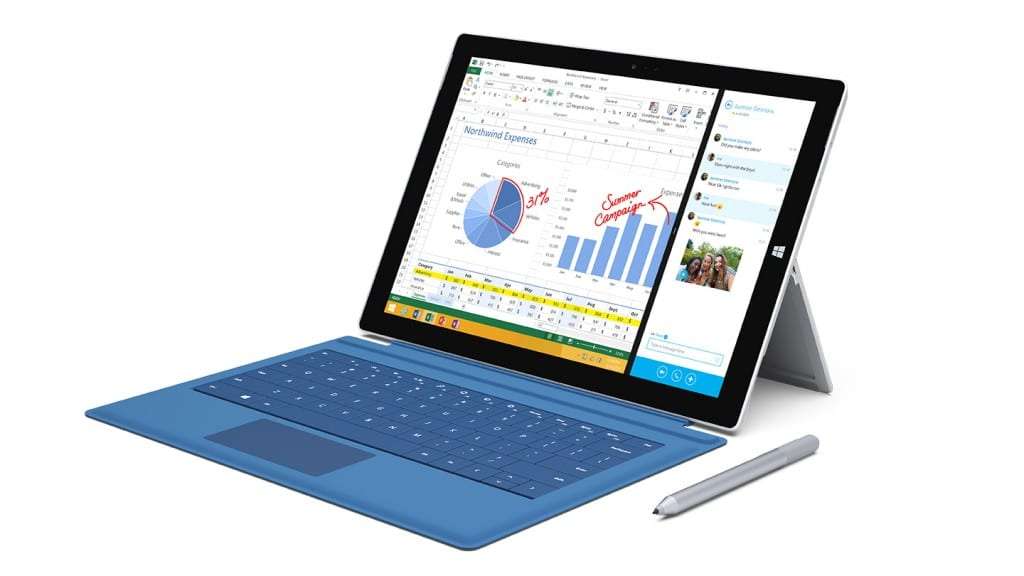 Head of Surface, Panos Panay highlighted statistics that said 96 percent of people with iPads also have a laptop. “There’s a reason for that,” he said: tablets are designed for kicking back and watching movies or reading books, while laptops are “designed to get stuff done.”

The Surface Pro 3 also has a new kickstand that can go back much further than previous Surfaces, almost horizontal, to 150 degrees which allows better use on your lap and not just on a desk, something Panay is calling ‘lap-ability’.

Surface Pro 3 has a more versatile kickstand which can move the tablet back 150 degrees.

Other new additions include a new Type Cover that’s thinner and has a bigger track pad and a new docking station.

It’s clear that Microsoft is pushing pen support with the Pro 3, and the Surface Pen included with the Pro 3 has a button on the end of it that when pushed, automatically opens OneNote on the tablet and thankfully Microsoft have thought to add in a little sleeve in the new Type Cover to store the pen inside of.

The Surface Pro 3 will come in Intel core i3, i5 and i7 variants and will arrive in North America and Canada on June 20th, starting at €799 and other countries should follow soon after.

We’ve asked Microsoft about the Irish pricing and release dates and will update this story when we hear back.