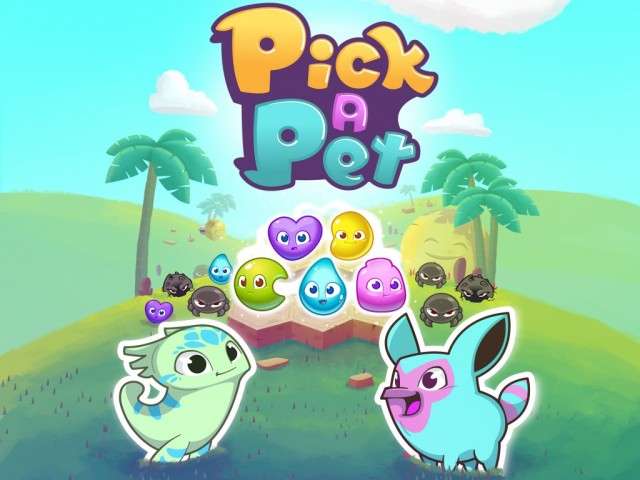 It’s not often that I feel compelled to write a review of an app but that’s what I’m doing. Why? Well, for several reasons which I’ll get to in a bit. First let me tell you about the game and what it’s about. I’m talking about is Pick A Pet by SixMinute and its premise is pretty easy.

In Pick a Pet, you’re asked to Pick your pet and start matching the gummies in chains of 3 or more to activate your pet’s superpower, that’ll help you overcome tricky puzzles such as clearing out Claws, cleaning up oil spills and rescuing trapped gummies! You basically have to blast, splash and blitz your way through the levels, while collecting powerful new pets. The game asks you to feed and evolve your pets so that they increase their power thus helping you solve new and sometimes very head-scratching puzzles. 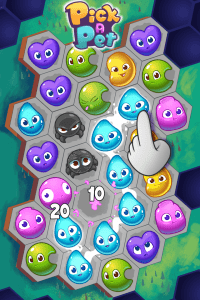 Basically think of this game as a mix between Connect Four (or in this case three or more) and Pokemon. See, simple!

But in the case of this game, simple is also very addictive.

I, until recently, personally only used my mobile for social media, news and of course being a phone. I’d never really caught the casual gaming bug. Not for any reason in particular, it just never appealed to me. When I play a game, I love to lose myself in the atmosphere, story, etc and couldn’t understand how people played for 5 minutes than turned off the game. Casual gaming has changed this. More and more people, have now discovered the joy of computers games, thanks to games like Pick a Pet. I relish the fact that friends who before I had to beat senseless with console controllers, have now been bitten with the gaming bug and have clocked up more time in games like Plants vs. Zombies, Farm Ville and Simpsons – Tapped Out combined than I spent in Final Fantasy VII trying to get 100% completion.

I downloaded Pick a Pet expecting to lose interest after ten minutes and never open the game again. Just another app trying to be a fully fledged game I thought. Honestly, right now I’m eating my words. After clearing the first few levels quite easily the game scaled the its difficult to new heights and soon I had lost 3 hours straight. 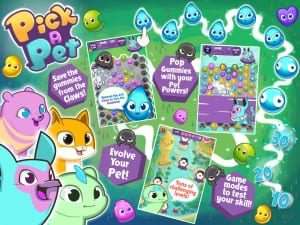 I only stopped so I could run and find my charger. Soon I was playing the game at all times of the day and night (before heading into the office, on my lunch). I even found myself, opening the gaming this past weekend when I was out with a friend, because I swore I could finish one quick level before my friend got back from the bathroom. I was wrong!

Yes the game is built on a simple idea but sometimes simple is ingenious.

The cartoon graphics of the game really also set the game apart and remind me of Rovio’s Angry Birds. Simple but cool and memorable. I can see, kids (and adults) spending loads of time with each of their pets trying to evolve them so they can see what they look like. You can see what in mean in the below image. 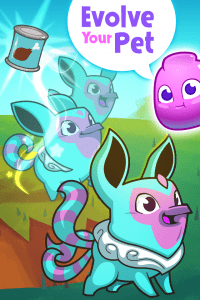 Finally, aside from the game itself, I really like the studio behind it. SixMinute is an Irish games studio, based in Dublin and can say that its ranks include some of the best and award-winning gaming app developers in Europe.

You see, the studio was founded after the founders met at PopCap Games, where they had led the development of well-known mobile games such as Plants Vs Zombies, Bejeweled and Peggle. The games these guys created can be called modern-day classics that not only generated millions in revenue but also won numerous awards including Apple’s iPhone Game of the Year (PvZ) and a Bafta for Mobile Game of the Year (Peggle HD).

But none of that has seemed to have gone to their heads. Don;t believe me? Check out their photos and bios in their “Meet Our Team” section. These guys seem to be doing this for the sole reason that they love to create games. How can they not, when one of them was raised by wolverines and lived off Tetris and Civilization marathons as a kid.

Anyway I’ve digressed a lot in this review, and to tell the truth, I don’t care. If it means that I’ve piqued the interest of any of you still reading and the curiosity of seeing for yourself what I’m talking about, forces you to download this game.